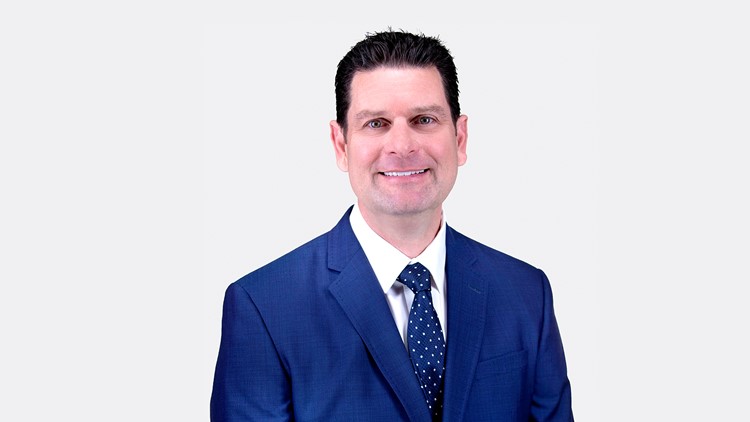 Arran Andersen is a Sports Anchor at 9NEWS in Denver, Colorado.

Before coming to 9NEWS, Arran was the Weekend Sports Anchor at WNCN in Raleigh, NC. He hosted the ‘Black and Blue Huddle,’ a weekly half hour show chronicling the Carolina Panthers 2018 NFL Season. Arran also traveled with the Duke Blue Devils providing coverage of their NCAA Tournament runs in 2018 and 2019.

Arran’s broadcasting career began in Casper, WY with stops in Northern California, Nevada, Arizona, and Colorado along the way. In 2009, he stepped away from sports to host an entertainment show in Las Vegas called “More Access.” While the experience was “entertaining,” Arran says he’s happy to be back in sports.

Arran (pronounced R-In) graduated from UC Davis with a degree in communications.

He attended the Mass Media Institute at Stanford University, receiving a certificate in Broadcast Journalism.

When Arran is not talking sports, you can find him on the golf course.