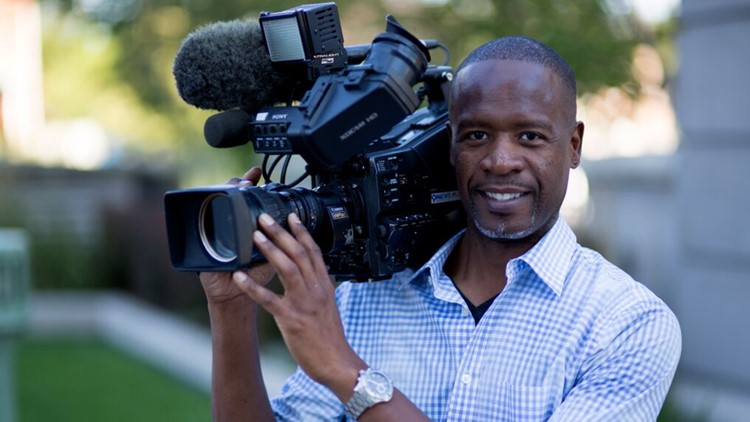 Byron Reed is a Visual Journalist/Storyteller at 9NEWS in Denver, Colorado.

Byron has worked at KUSA-TV since August 1999.

After graduating from the University of Missouri, Byron began his professional broadcast news career as a photojournalist at KMIZ-TV in Columbia, Missouri where his first day on the job happened to be the first day of the Persian Gulf War. After Columbia, Byron moved to Chattanooga, Tennessee and worked for the NBC affiliate WRCB-TV and then Kansas City, Missouri where he shot news and sports for the ABC affiliate KMBC-TV. Along the way, Byron has covered Mikhail Gorbachev on his visit to mid-Missouri after the Berlin Wall fell, the Oklahoma City bombing, and the Kansas City Chiefs.

He finally landed his dream job here at 9NEWS in Denver to work with some of the best in the business and has loved everything “Colorful Colorado” has to offer.

During his career, he’s won awards from the National Press Photographer’s Association, Edward R. Murrow, the National Association of Black Journalists, as well as the Heartland Emmy Awards.  His greatest reward is meeting people and getting the privilege to tell their stories.

Byron grew up in St. Charles, Missouri, which is a suburb of St. Louis, and is a die hard St. Louis Cardinals, Kansas City Chiefs and Denver Nuggets fan…try to figure that one out! Byron has been with his better half, Katy, for the past 17 years and he enjoys music, cooking, traveling and watching movies.