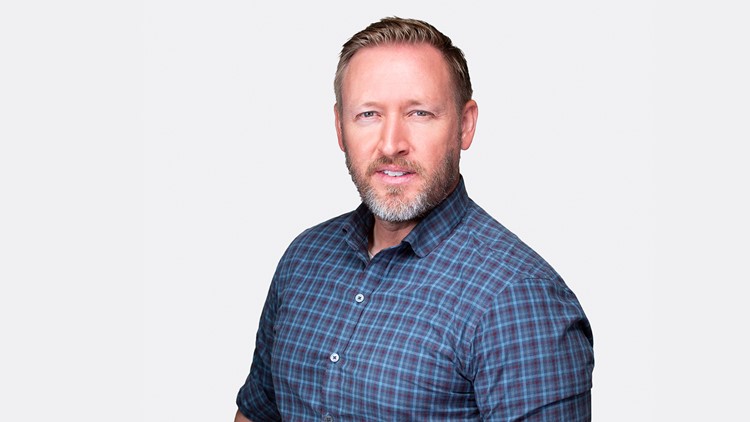 Cory Reppenhagen is a Weather Reporter at 9NEWS in Denver, Colorado.

Cory is a Colorado native from Fountain. He graduated from Manitou Springs High School in 1992. Instead of going to college right away, he gained two really valuable life experiences. The first was a trip to Australia to play baseball on a team representing Colorado. He got to live with host families Down Under, playing ball and experiencing a great country as a teenager. Then Cory went to work at Keystone Resort for two years where he took care of the ice rink and registered more than 100 hits on his ski pass.

He finally decided to go back to school and earned his Bachelor of Arts in Mass Communication in 1999 from Mesa State College (now Colorado Mesa University) in Grand Junction, Colorado. While studying for that degree, Cory got his first jobs in television news at KJCT-8 and KKCO-11.

In 2001, Cory moved to Wichita, Kansas. He was working for KAKE-10 when he saw his first Kansas supercell thunderstorm come marching across the plains. He immediately was hooked on severe weather and storm chasing.

After covering numerous tornadoes and severe weather outbreaks, Cory decided to move to Florida to experience some tropical storms. His timing for that was good. In 2004 he covered his first four hurricanes: Charley, Frances, Ivan and Jeanne. Then in 2005, it was Hurricanes Dennis, Katrina, Ophelia, Rita and Wilma.

While working in Florida at WFTV-9, Cory decided to strengthen his weather knowledge and got his Bachelor of Science in Geoscience from Mississippi State's distance learning program in 2010. Cory's job focus switched from photographing the news to forecasting and reporting on the weather as a meteorologist.

Cory spent 10 years at WFTV in Orlando covering 14 hurricanes and 4 other named tropical storms. One of his most memorable moments was riding a hurricane hunter aircraft into the eye of the strongest hurricane ever recorded in the Atlantic basin, Wilma, in October of 2005. Another memorable moment was seeing EF-5 tornado damage for the first time in Hackleburg, Alabama. Cory won a Suncoast Regional Emmy award for his coverage of the April 2011 tornado super outbreak across the state of Alabama.

Cory met his wife Tiffany in Orlando where she was a news producer. Their son Roman was born at Winnie Palmer Hospital in 2012 and the Reppenhagen family decided to return home to the mountains. Their daughter Sydney was born in Denver in 2015.

At 9NEWS, Cory is considered the utility infielder of the weather department. You will usually find him in the mountains in the middle of a winter storm or out on the plains chasing down severe weather. When Mother Nature is at her worst, Cory is at his best.

"I like to give people a heads-up about incoming weather. I like to verify what's going on with the storm first hand, but most of all, I like to bring the pictures to the viewer. I believe people want to see the drama and the beauty of storms, but don't necessarily want to drive right into their path. That's where I come in," he says.

Cory also uses his background and experience to report on issues like nature, the environment, and the atmosphere. He is also an accomplished forecaster and can fill-in in the studio when needed.