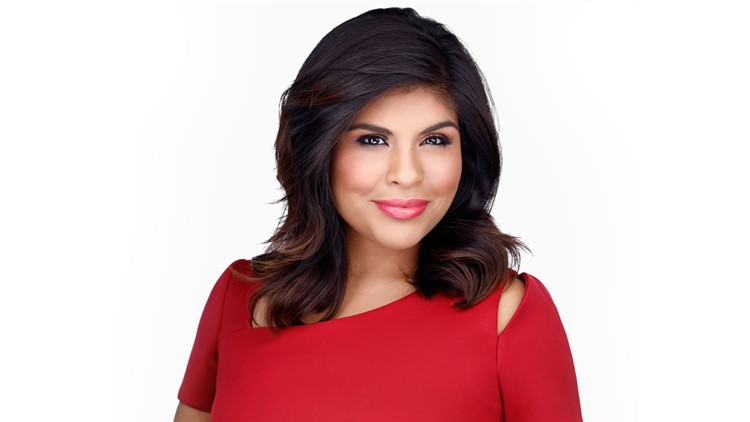 Kristen Aguirre is an Anchor at 9NEWS in Denver, Colorado.

Before moving west, Kristen was the morning anchor in Flint, Michigan for three years. While there she covered national stories like the terrorist attack at Bishop International Airport and the Flint water crisis. Her work, focusing on how the Latino community was impacted by the lead-tainted water, earned her an Emmy nomination.

Kristen started her journalism career in Quincy, Illinois where she worked her way up from weekend reporter to morning anchor.

She graduated from Western Illinois University in 2009 before heading back to her hometown of Chicago for grad school at DePaul University. Go Blue Demons!

Kristen loves giving back to her community and volunteers as much as she can. Some of her favorite organizations are Big Brothers Big Sisters and the American Heart Association.

During her free time, Kristen loves to cook Mexican food, spend time with family, read and if she has to…workout, but she would rather eat the Mexican food!

Kristen is excited to discover what her new home of Denver has to offer!

If you have a story idea email Kristen at kristen.aguirre@9news.com.