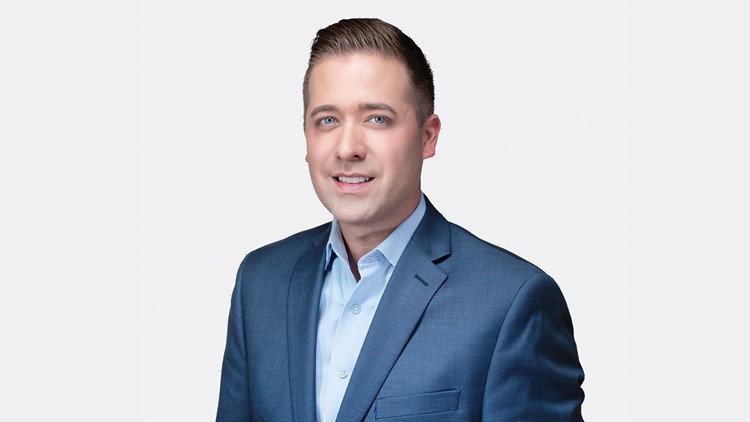 Kyle Clark is an Anchor at 9NEWS in Denver, Colorado.

Kyle is the host "Next with Kyle Clark" and 9NEWS at 9 p.m. and 10 p.m. He also frequently reports from the scene of significant events in Colorado and around the nation.

Clark joined 9NEWS in 2007, drawn by the opportunity to tell meaningful stories alongside the station's talented photojournalists, who are frequently honored as the best in the nation.

He anchored 17 consecutive hours of coverage on the day of the Aurora theater shooting in July 2012, earning praise from the Denver Post for "his authoritative calm under pressure."

Clark anchored 9NEWS' coverage of the High Park Fire in 2012, reporting for days from an overlook above the Poudre River where firefighters were fighting to keep the fire south of the river. His work as an anchor at 9NEWS has been honored with three regional Emmys and two Colorado Broadcasters Association awards.

His tough questions for candidates during the 2012 campaign cycle appeared as lead stories on MSNBC and Fox News Channel, delighting and infuriating Democrats and Republicans alike.

When Clark caught up with a reluctant Representative Mike Coffman to discuss his comment that President Barack Obama was "not an American at heart", the viral video that ensued was called "one of the all time great moments of good, cogent, dogged local news reporting" by liberal commentator Rachel Maddow.

Clark's direct questioning of President Obama on the terrorist attack in Benghazi, Libya and the failure of a taxpayer-supported solar energy company in Colorado earned praise from conservative talkers including Sean Hannity and Mark Levin.

In 2009, Clark reported from Boulder where the near-hurricane force winds pushing a fast-moving wildfire out of the foothills knocked him off his feet while on air. His reports were recognized with regional Emmy and Edward R. Murrow awards.

His investigative work exposed a flaw in Colorado law that forced prosecutors to use an antiquated eavesdropping law to prosecute video peepers. Clark's report on a family that was spied on in a local motel led state legislators to change the law.

Another of Clark's investigations revealed a judicial system error that caused hundreds of criminal warrants to be thrown out, ruining the best chance to catch an illegal immigrant who repeatedly drove drunk and eventually killed a grandmother in Denver. Prosecutors then changed the practice that led to the error.

Clark's constant search for interesting people and events that might otherwise escape notice took him to Saguache in the San Luis Valley where one of America's last remaining lead-type newspapers remains a family business with a simple edict: no bad news.

He introduced us to a group of bikers being smoked out of the 12-step meeting place by a marijuana grow house next door in Lakewood. He spotlighted a high school swimmer from Steamboat Springs who trained for a state title by swimming outdoors in cold of winter.

Before joining 9NEWS, Clark was a reporter and anchor at 13WHAM-TV in Rochester, New York. While attending Ithaca College where he graduated with a degree in journalism, he worked as a weekend anchor and reporter at WBNG-TV in Binghamton, New York.

The New York State Associated Press twice recognized him with its top award for overall excellence in television reporting.

Clark grew up in the small town of Lyons in western New York where, at age 15, he landed a job covering local news and high school sports for WACK-AM, a rural radio station.

Today, he is an enthusiastic, but not very skilled, homebrewer and a passionate beer geek who is always exploring Colorado's exceptional craft beer scene. He's also spent years in search of his own family's story through genealogical research.

Clark lives in Denver with his wife and their shelter dog, Porter, whose underbite has looked like a grin since the day he was adopted.