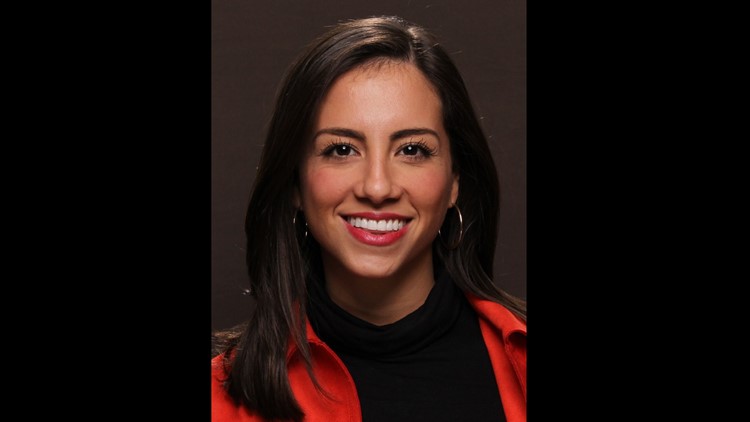 Lori Lizarraga is a Multi-Skilled Journalist at 9NEWS in Denver, Colorado.

She joined the 9NEWS team in March 2019 after two years at the NBC affiliate in Bakersfield, California.

While she was born in Louisiana, Lori grew up in the great state of Texas. She graduated from Southern Methodist University in Dallas in 2016. After graduation, Lori moved to Ecuador in South America where her mom was born and raised. She lived and worked there for nearly eight months with her mom's family.

Ultimately, her passion for journalism called her home. She returned to the United States and began her career as a reporter and weather forecaster in Bakersfield (even though she'd never stepped on a green screen before).

In her first news job she became an anchor, producer, weekday weather forecaster and reporter. Lori has become both an Emmy- and Murrow Award-winning journalist in her first two years in the business. She credits her success to her love of storytelling and the support of her family.

The Lizarragas are a big family - Lori is one of five kids! If you follow her on Facebook or Twitter, you're probably familiar with their craziness. She makes her way back to Texas as often as she can and she loves bringing viewers along for the ride, back home and on all of her stories here in Denver. When she's in town, Lori loves working out, exploring her new city and eating all the sweets!

Lori's eager to bring her skills to Denver and 9NEWS. If you have a story you want Lori to tell, email her at Lori.Lizarraga@9News.com.