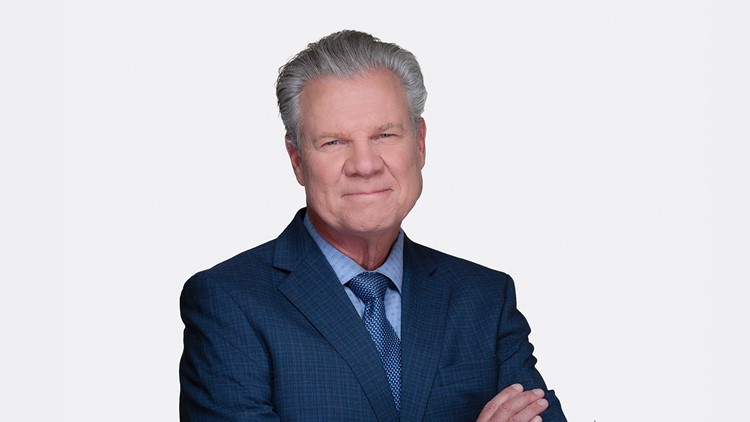 Mike Klis is the Broncos Insider at 9NEWS in Denver, Colorado.

Mike went to college to be a sports broadcaster. He was so good at it he became a sports writer. On April 27, 2015, a mere 34 years after Mike received his degree in radio/TV broadcasting from Murray State, he joined 9NEWS to become its Broncos Insider.

Mike still writes. His stories about the Denver Broncos can be read on 9NEWS.com. It's just now he occasionally shows up on TV. Perhaps, he's an inspiration to all college graduates who can't find a job in their field.

The beginning of Mike's story may sound familiar: He was the first-born son of Joseph and Mary.

OK, so his mom's name is MaryAnn. And he wasn't born in a manger in Bethlehem, but a hospital in Aurora, Illinois.

Still, he's felt pressure since the crib. He's the oldest of six kids. He moved six miles down the road to Oswego, Illinois, when he was 8.

Mike was a real good farmland/schoolyard/sandlot athlete in Oswego. He was a pretty good practice player in high school, but wasn't very good when they put on game uniforms. To this day, the gag is his least favorite story angle.

After college, Mike worked as a gas station/convenient store clerk, a weed eater/snowshoveler, a part-time sports announcer for a now-defunct Aurora radio station, a part-time sports writer for the Oswego Ledger-Sentinel, an umpire, basketball referee and player-coach of the Shuler's Drugstore slo-pitch softball team.

In October 1984, Mike threw it all away and moved to Colorado Springs, where one of his first jobs was scrubbing pots and pans at the Air Force Academy's freshman cafeteria.

For extra money, he called radio play-by-play for Colorado Springs Christian High School basketball and then wrote about the game afterwards for the Gazette Telegraph. Double-dip, $25 times two. Except the radio station rarely paid him.

When the Gazette offered Mike a full-time job in 1987 at about the same time the sports radio station changed to a Spanish format, he became a sports writer.

Mike covered preps. One of his first leads, from a high school basketball game, was: "The Thrilla in Manila was nothing compared to the Thrilla in Sierra." He was not fired but he believes his next assignment was a wrestling match.

The Denver Post hired Mike in January 1998 to cover the Rockies. Mike met his wife, Becky, at Coors Field, where she still works as a suite attendant. In July 2005, Mike was switched to the Broncos' beat.

While writing and reporting, Mike gained so much knowledge about the Broncos, he got a job at a TV station. Becky and Mike are still married and have four kids – Brittney, Kaitlyn, Blake and Johnny. They make Mike go upstairs if he wants to watch sports on TV.