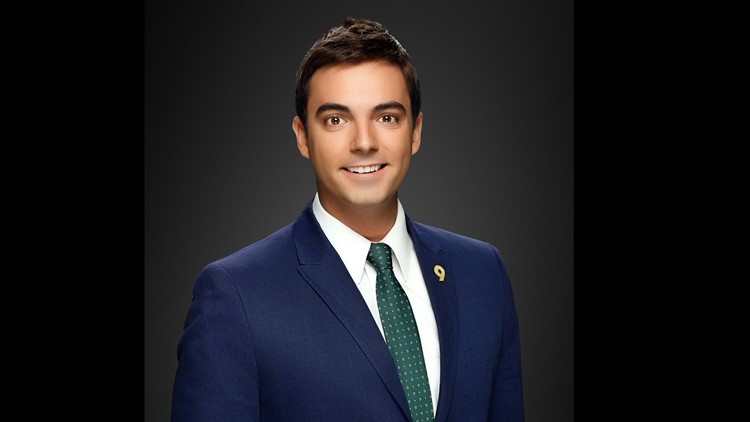 Ryan Haarer is an Anchor at 9NEWS in Denver, Colorado.

Ryan joined the 9NEWS team in June of 2014 and travels the state to tell news and feature stories.

Ryan Haarer co-anchors the weekend evening newscasts and reports for 9NEWS at 9 p.m. and 10 p.m. during the week.

In the summer of 2016 Ryan began reporting on Denver’s heroin epidemic with a story that caught people shooting up and dealing drugs in broad daylight on the city’s popular Cherry Creek Trail. The police department arrested several drug dealers along the trail in the following days. That and other related stories received recognition with a regional Emmy for Continuing Coverage as well as a Murrow Award.

Ryan also received a regional Emmy for his coverage of a powerful blizzard in March of 2016. He and his photojournalist hit a snow bank near Watkins and found themselves stranded for hours. They did live hits from that location despite the strong winds and whiteout conditions.

In July of 2016 Ryan traveled to Dallas to assist sister station WFAA with the coverage of five police officers that had been shot and killed at a protest. He covered the aftermath, speaking with injured victims and sharing the stories of a mourning community.

In addition to news, Ryan enjoys telling community and feature stories. He covered the release of a small bison herd that researchers at CSU hope will bring back a once-thriving population. He also covered the implosion of the old University Hospital in Denver helping the 9NEWS team win an AP Award.

Ryan grew up in Carlsbad, California where he still visits his family every summer. A proud Sun Devil, Ryan graduated from Arizona State University’s Walter Cronkite School of Journalism and Mass Communication. He took his first job in Tucson, Arizona as a morning reporter at KVOA.

Ryan spent the summer of 2017 working as a freelance reporter for KPHO/KTVK in Phoenix but returned to 9NEWS in November of that year.

Outside of the newsroom, Ryan likes cooking, exploring new restaurants and breweries, live music, running and hiking. He also loves to travel and plans on racking up many airline miles in the next few years.