BAMTA has hosted its Multiple Piano Festival for over 35 years. This year, the concert can be viewed worldwide on YouTube. 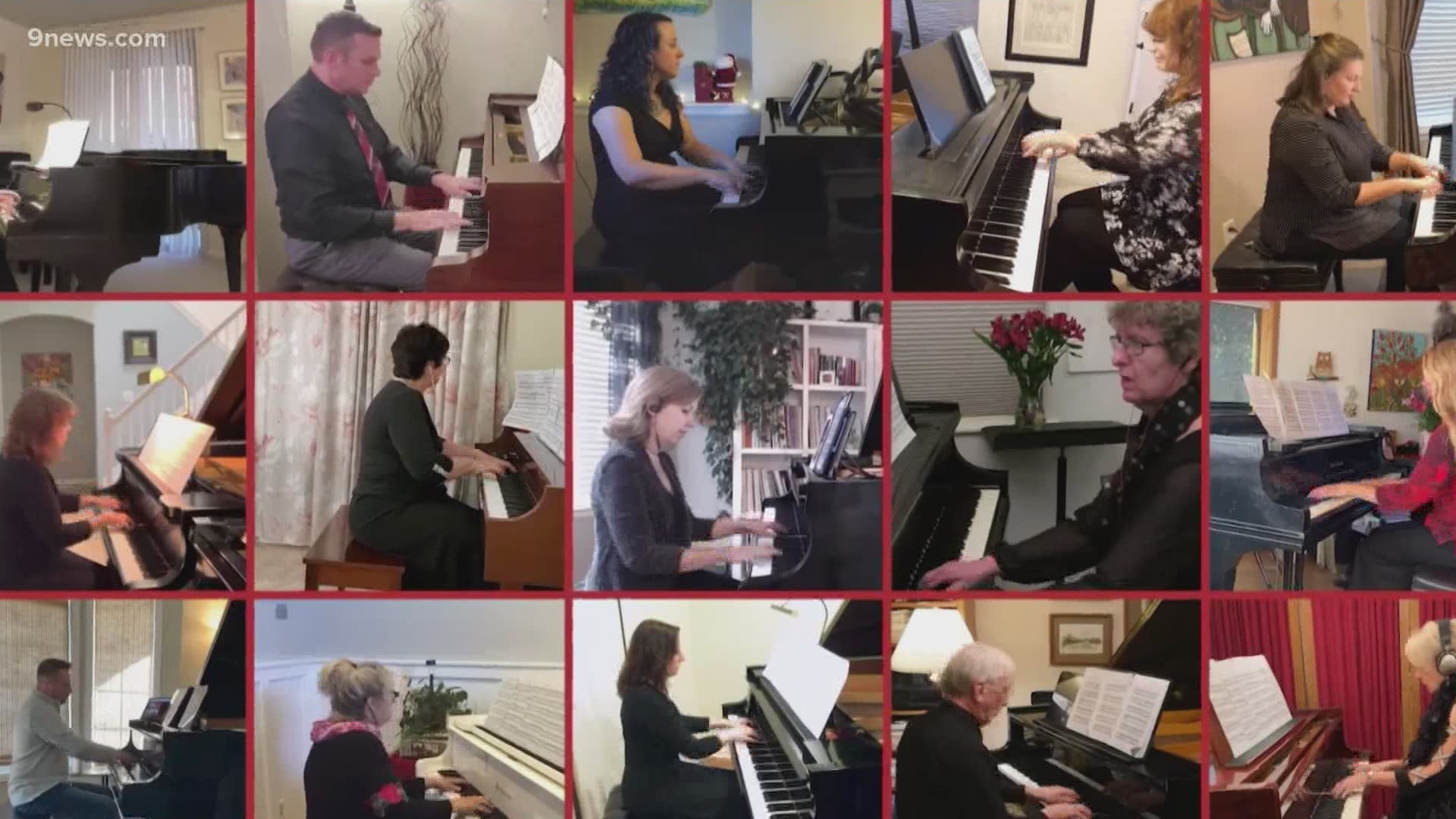 They said they are used to the concert having nearly 1,000 guests every year. This year, however, they had to make some changes due to COVID-19.

For the last several years, the festival has been held at Skyline High School in Longmont. This year, it will be held virtually. Piano teachers at BAMTA, along with the help of some of their tech-savvy friends, made a virtual concert possible by featuring videos of performers playing simultaneously on one screen.

In past years, children and adults that wanted to play in the concert would have to audition in front of the piano teachers that put on the event. Then, after weeks of rehearsal, 12 grand pianos are placed on stage with two players at each piano. Under the direction of a conductor, the 12 pianos sound as one.

This year, performers auditioned by submitting videos of themselves playing in sync with music provided by the teachers.

Below, you can watch BAMTA teachers perform the Shooting Stars Galop by Gabriel Faure.

Rebecca Martin, a piano teacher at BAMTA, said that she, along with other teachers involved in the concert, had to learn a lot of the technology that went into making the virtual concert possible.

“We thought we'd be lucky if we got 50 [video submissions], we instead got 220 participants,” Carol Wickham Revier, chairperson of the Multiple Piano Festival, said. “And we thought, with 50 participants we'd have maybe 80 videos that we had to assess, but we ended up with 350 videos that we have to assess and manage and put on the screen at the same time.”

Karen Ziegler, a piano teacher at BAMTA, said that having a virtual concert this year was so important because it allowed their students to still have this to practice for and look forward to.

“We had to figure out a way to not let 2020 and COVID take this away from them,” Ziegler said.

Below, you can watch BAMTA students play a multiple piano version of the Pirates of the Caribbean Medley.

Martin said that one way a virtual concert is actually better than an in-person concert, is because people all over the world are able to access and watch it.

“I have some students whose grandparents live in India. So, now they will be able to watch the concert tomorrow night and there’s no way they could have ever come here,” Martin said. “It just opens up more of an opportunity to share music.”

This concert is the main fundraiser for a scholarship fund at BAMTA. Martin said they generally give up to, and sometimes over, $2,000 a year in scholarships for the last 20 years. Because the virtual concert this year is free, they have set up a GoFundMe campaign to raise money for the scholarship fund.

Amy Watt, a piano teacher at BAMTA, said that while so many events people have looked forward to this year have been canceled, this virtual concert was a way to keep some normalcy for her students.

“This is letting the children see that we can keep going, no matter what. And I think that is really valuable," Watt said.