Emma Norton, 17, creates makeup videos and does voiceover work and acting. She went viral on TikTok about a year ago. 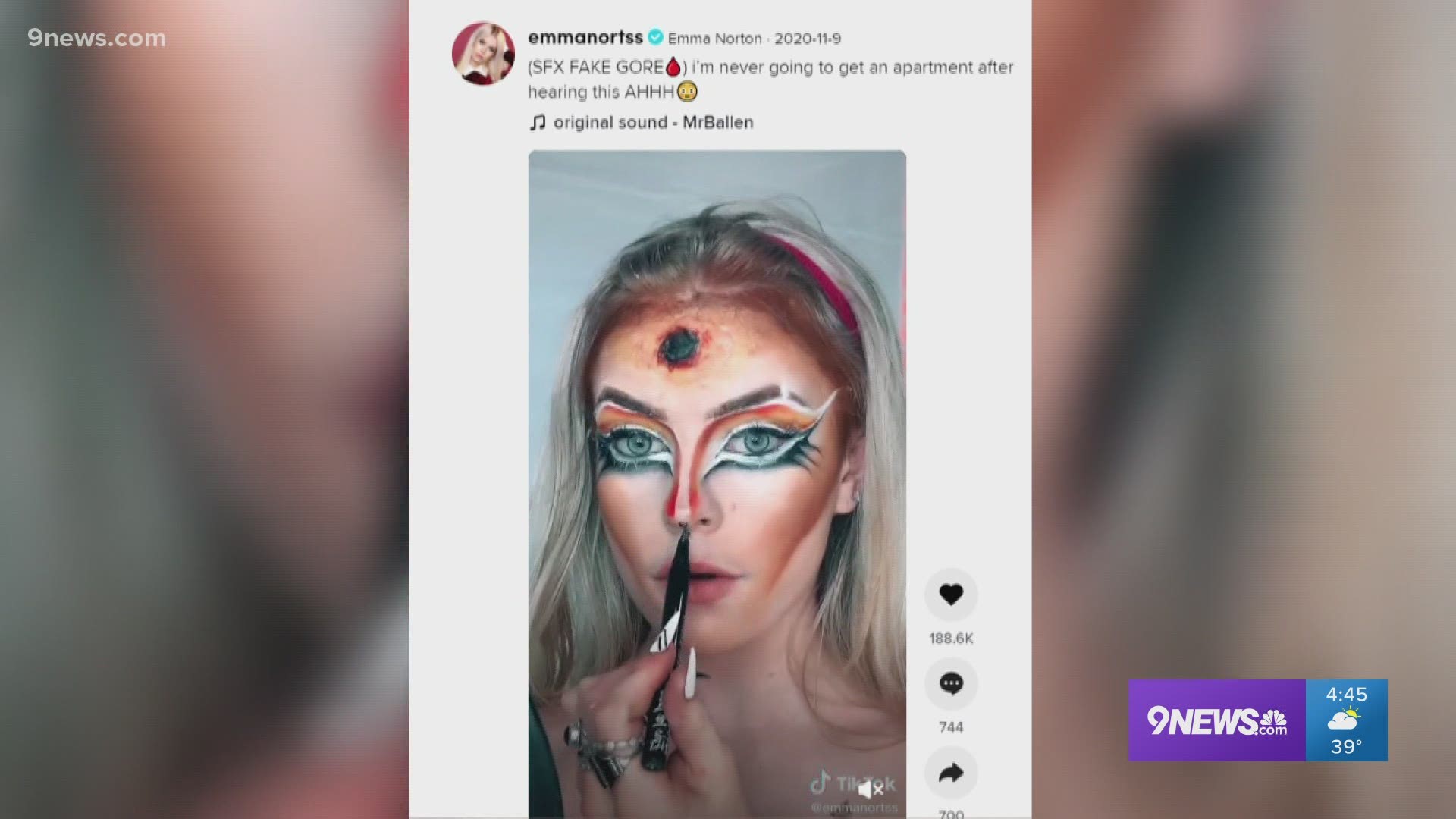 COLORADO, USA — A Colorado teen went viral on TikTok at the start of the pandemic — and her following hasn't stopped growing.

Emma Norton started making videos about a year ago.

"The one that really took off was a video of me voicing over a scene with Harley Quinn in the movie suicide squad," said Norton.

She is best known for her makeup videos, but she does voice over work and acting as well.

"I do horror special effects makeup," Norton said. "I've always loved drawing and painting, and I think that my love for Halloween kind of mashed with that, and I realized that was another way to portray art on a screen."

She said the works of art take her hours to perfect.

The one-woman show said she is hoping to pursue a career in acting and start her own makeup line in the near future.

But beyond the fame, she said making an impact on others brings her true joy.

"It's the most enlightening feeling in the world, I think that's among the best part of what I do," Norton said.

The 17-year-old is using her platform for good. She works with a local clothing company called BTR. It stands for "Brought to Reality" and they help teens with suicide prevention and bring awareness to mental health issues.