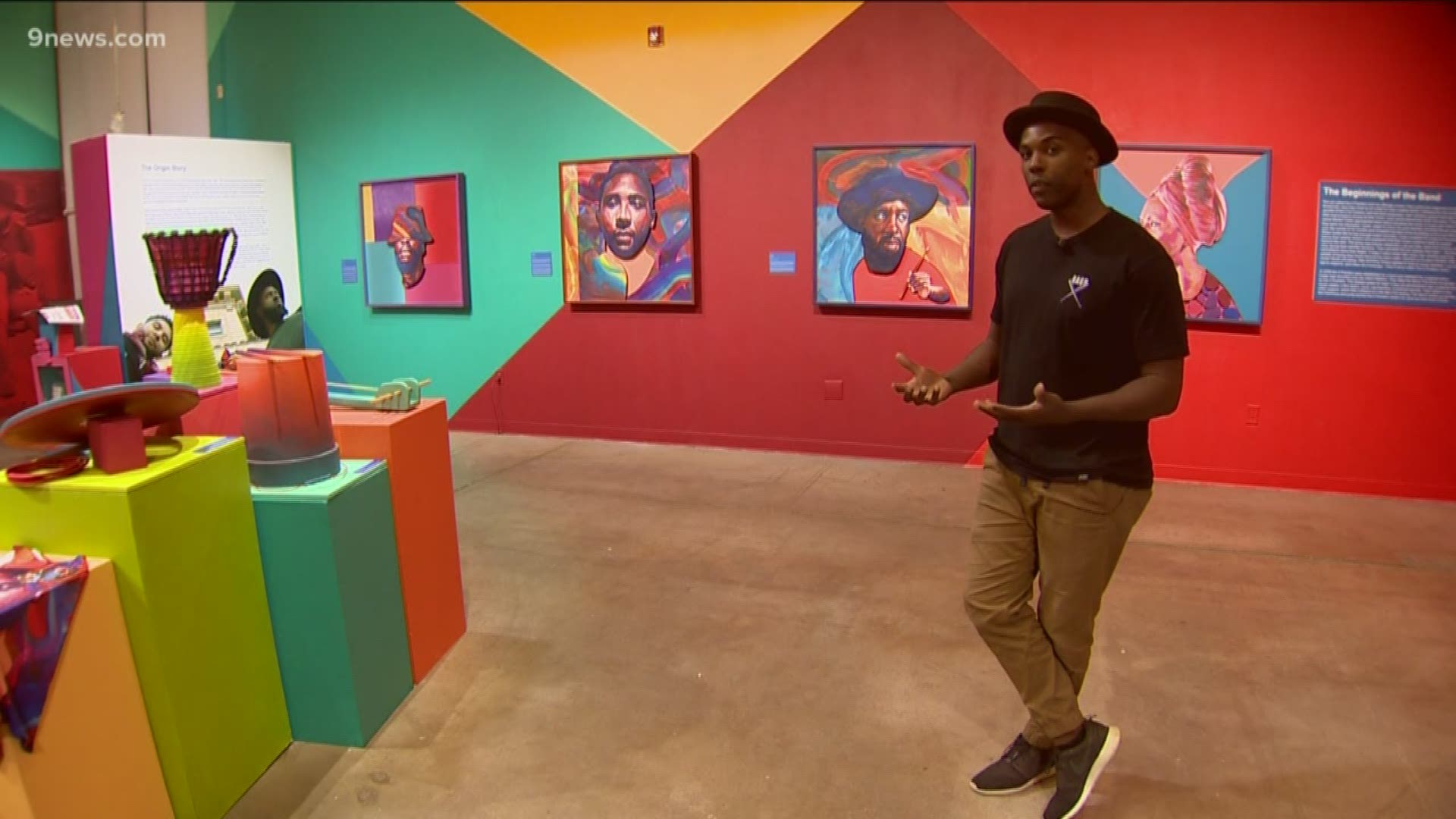 DENVER — When you walk into RedLine Contemporary Art Center in Denver you’re walking into the imagination of one Denver artist.

“This museum that I created is called the 5 Pointers Museum,” Thomas Evans AKA Detour said. “It’s dedicated to a band in the future in 2119.”

Detour has spent the last year bringing this fictional Denver band, the 5 Pointers, to life. From creating ticket stubs to tour posters, Detour even worked with Denver musicians Felix Fast4ward, Venus Cruz, Carl Carrell, and DJ Check One to write and perform as this futuristic band.

They performed when the exhibit opened on Nov. 8, and have two more performances slated.

“When you’re coming into the museum you’re learning about the story of this band,” Detour said.

Patrons are greeted to the colorful space by a neon sign that says “5 Pointers Museum.” Detour worked with other artists to create a world for this band. They built instruments, an electric motorcycle, even a fictional newspaper complete with stories he and his friends generated.

“We have the Denver Times here. The date is December 2119, and the price of the paper is 25 dollars,” Detour said.

He's using these objects to explore what Denver may look like in a hundred years: a world dealing with climate change, and global migration.

“A lot of these items have two issues they’re tackling. Not only environment or society, but also the personality and the character of that individual,” he said.

Detour hopes the space is a safe environment for people to think about what the next century may look like based on some issues we’re already experiencing today.

“You’re learning about these characters," he said. "They’re really stimulating and interesting, but you’re walking away saying this could possibly happen in the future. What is possible?”