The state fair won't do much marketing, but it does hope to continue its 147-year tradition in some way. 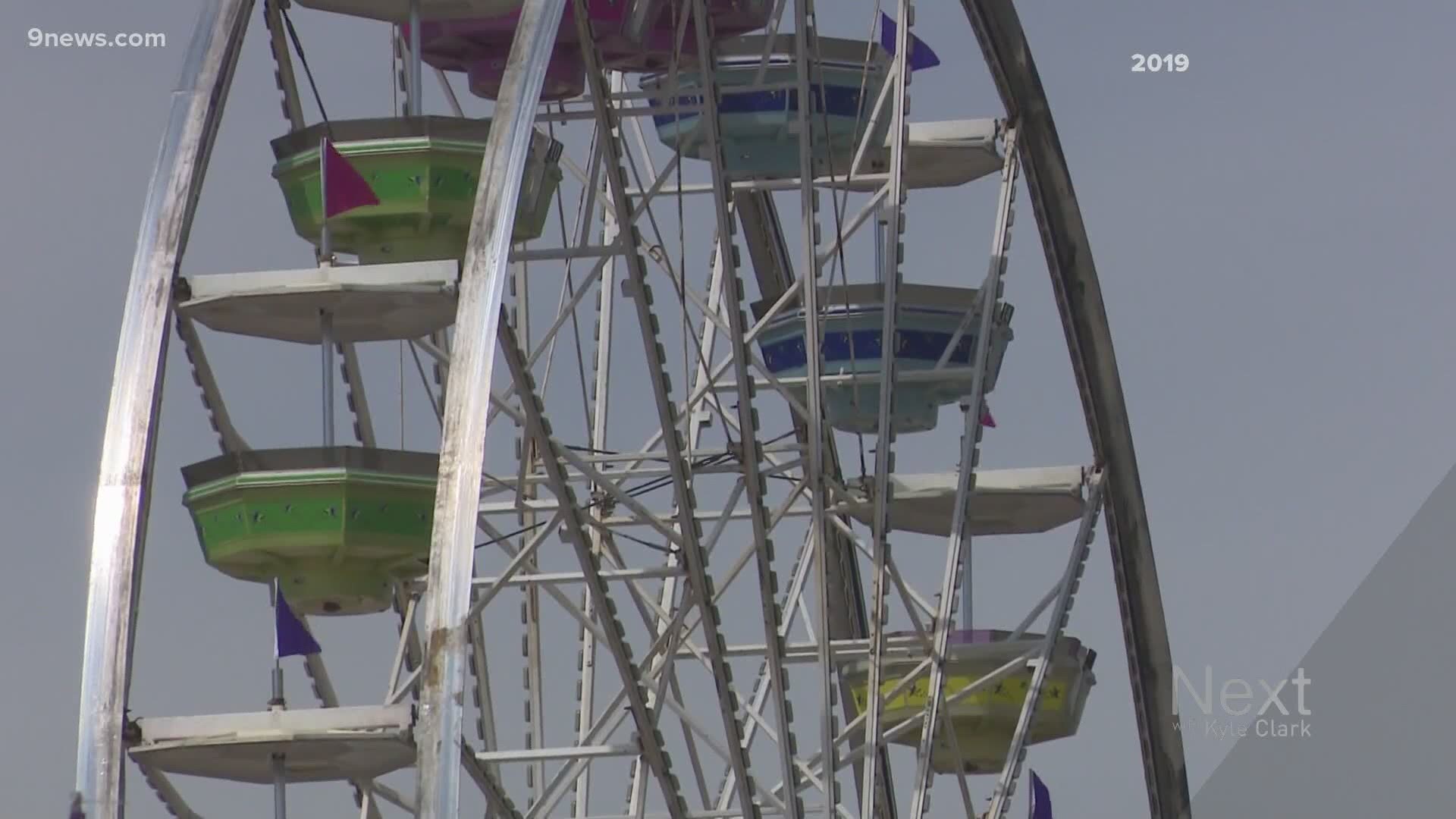 PUEBLO, Colo. — The COVID-19 pandemic might have canceled mainstays like Cheyenne Frontier Days, the Greeley Stampede and countless smaller county fairs, but the Colorado State Fair will go on.

But, as you might expect, things will be way different than year’s past.

“It’s going to be a mere skeleton of what a normal state fair can be,” said Scott Stoller, the general manager of the Colorado State Fair.

The fair’s board decided, even if it takes a financial hit, that the fair will go on at its Pueblo home from Aug. 28 – Sept. 7. This will include limited versions of various 4-H events, local food vendors and even carnival rides, if the novel coronavirus modeling indicates it’s not a huge risk.

Some competitions will be virtual.

Since there won’t be a rodeo or concerts this year, Stoller said admission to the fair will be free.

> Watch the video above for Colorado's latest guidelines for allowing larger outdoor events.

RELATED: Coachella, Stagecoach canceled for 2020 due to pandemic

“So knowing we couldn’t have the same event you came to expect … we had to rethink how to move forward this summer,” he said. “We hope to develop plans with health officials that make sense with public health, in the interest of everybody in Colorado, but with those limits, there [are] ways to downsize.”

He said on a bad day in a normal year, 20,000 people might come to the state fair – and that number is 60,000 on a good one. With current state regulations that allow up to 100 people inside and 175 outside, Stoller said they might figure out a way to bring a crowd of 2,000 into the fairgrounds if they’re spaced properly.

And, in an effort to keep money in Pueblo’s local economy, Stoller said food vendors will be sourced locally.

“Worst-case scenario, we can do drive-thru food so people can still get their food and their funnel cake,” Stoller said. “… There’s a lot of traditions around the state fair, and a lot of families have their deep fried something on a stick or whatever, and we hope to get them that this year.”

The Colorado State Fair has operated in some form since 1872.

Stoller said this year, the Colorado State Fair isn’t trying to be an example to other similar organizations, and that instead, they’re just trying to “fulfill as much of its mission as possible in trying times.”

“In mid-August, if things get really bad with COVID-19, we’re not going to say, 'This is the plan.' We’re going to tighten things up,” Stoller said. “If reality changes, we’re going to do what’s in the best interest of Colorado and make these tough decisions.”

He said the fair will likely not do much marketing at all this year. Since April, the state fairgrounds have been operating as a COVID-19 testing site.

Back in 1917 – just before the Spanish flu pandemic – the state fair was a part of Fort Carson and aided in the World War I effort.

“We’re not doing a big push to try and draw large crowds into Pueblo, we’re just trying to preserve a little of the spirit of the Colorado state fair,” Stoller said.

Read the answers to frequently asked questions about the reimagined state fair here.