The Platteville-based farm sustained damage to equipment and crops during the June landspout tornado. 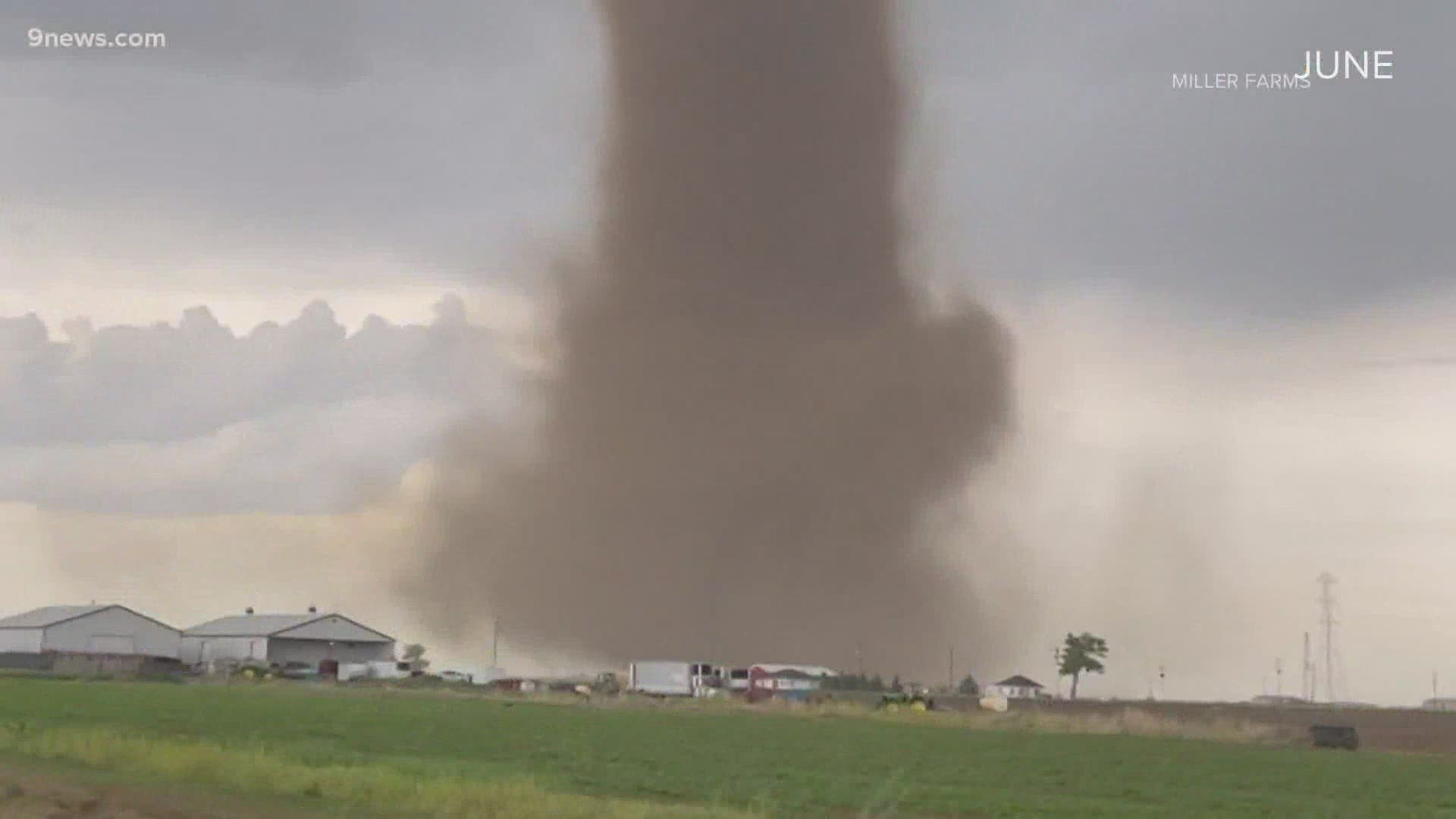 PLATTEVILLE, Colo. — After the landspout tornado tore through Platteville in early June, it left behind damage to several properties.

That includes Miller Farms, a farm that's been around since the 1940s.

Crops were torn up, and equipment was damaged, and now the community is stepping in to help.

On the 4th of July starting at 4 p.m., a fundraiser will be held by Ms. Betty's Cooking and Smoke & Roll BBQ to help raise money for the Miller family and their farm.

Food will be served, and a silent auction will be held. Tickets to attend are $10 and the proceeds will go to Miller Farms.

"Miller Farms is a true staple in the community," the event description reads in part. "Founded in 1949, the Miller Family has been providing freshly grown produce from their farm across the Colorado region."

Co-owners of Ms. Betty's Cooking Danielle and Tajahi Cooke said that they've known the Miller family for some time now, even getting some of the ingredients for the spices they sell, from the farm.

"So I'm literally meaning every single onion that was produced, it came from them, every single one, every single form of carrots. They even supplied us with brisket every now and then," Tajahi said. "...These individuals have good hearts, really just amazing hearts."

Danielle said that even during the week of the tornado, Miller Farms still provided produce to Ms. Betty's Cooking when they went to feed volunteers for wildfire cleanup efforts in Poudre Canyon.

"So they're always giving," Danielle said, "...how can you not help them?"

Josh Pindell-Ridgeway, the owner of Smoke & Roll BBQ, said this is a way to give back.

"Just everybody there is super happy and super positive all the time," Ridgeway said. "Melissa and them contributed so much to the community, and I look forward to seeing the community be there with them this Fourth of July."