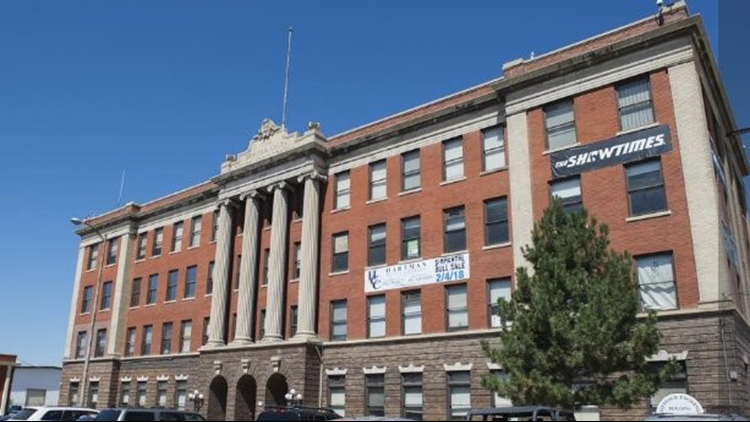 Before what’s now called the River North neighborhood became a hotspot for microbreweries, art galleries and general millennial shenanigans, it was the industrial area that separated downtown Denver from what is arguably the city’s biggest tourist attraction.

And while Denver’s reputation as a “cow town” has lessened, the National Western Stock Show has only grown, bringing 705,574 people to the grounds during last year’s 16-day show.

RELATED: A guide to the National Western Stock Show

RELATED: 9Things to do at the National Western Stock Show

To put that into perspective, that’s only slightly more than the population of Denver, which was projected to be around 704,600 people in 2017.

In recent years, Denver’s boom has meant the stock show is now within walking distance to breweries like Blue Moon and Great Divide, and a $1.2 billion construction project on Interstate 70 in the area will forever change the Globeville and Elryia-Swansea neighborhoods on the other side of the complex.

RELATED: City will allow I-70 construction to get loud at night (for a year, anyway)

The National Western grounds also won’t be immune to change. As soon as February, the pens in the famous stockyard will be moved for the start of a 7-year, $756 million overhaul of the grounds that’s aimed at turning the area into a year-round agricultural attraction.

Right now though, the National Western complex is almost the same experience it’s been for decades, and that’s not a bad thing. Below, we’ll take a look at the history of the iconic Denver event – and have some pro tips for navigating the stock show if you’re a newcomer.

This story is part of our weekly 9Neighborhoods series. Follow 9NEWS on Instagram on Saturday to see a story detailing the history of the Stock Show and showing some of our hacks for optimizing your experience at the event!

It all started with 15,000 stockmen from around the country

A look at a precursor to the stock show.
Courtesy National Western

While there were organized livestock events in Denver as early as 1899, it wasn’t necessarily a regular occurrence. It wasn’t until a group of merchants and cattlemen met up in 1905 decided to make them legit.

They selected the Denver stockyards near the South Platte River (for the record, that’s still the location) and the rest is history.

The first year of the stock show was in 1906. It opened on Jan. 29 and ran for six days. The National Western Stock Show’s website says an estimated 15,000 stockmen from as far away as Chicago and the East Coast made the trip to Denver for the event, which had free admission.

The next few years were rocky, with bad weather inhibiting travel. The show was canceled entirely in 1915 due to an outbreak of foot and mouth disease.

The next few years were marked by the Great Depression and World War II. After the war, Denver voters approved a $1.5 million bond issue to build the Denver Coliseum – which officially opened in 1952.

Outside of a year in the 1970s when Broncos mania swept Denver, attendance continued to grow and events were added, including the now-popular ‘mutton-bustin,’ the dancing horses and the wonder dogs.

The biggest year for attendance was in 2006 for the show’s 100-year anniversary. That’s when 726,972 people showed up, according to the stock show’s website. Today, the proceeds from the stock provide scholarships for students studying agriculture and veterinary medicine in rural areas.

Things to do once you get to the stock show

This year, the National Western Stock Show kicks off on Jan. 12 and runs through Jan. 27. The complex is huge – with the trade show itself taking up buildings on both sides of I-70. There’s a veritable labyrinth of showing areas, pens for the animals and pop-up bars (no joke).

Buying a ticket to the rodeo or any of the events also you gets you grounds admission, but that’s something you can also buy separately if you just want to walk around (we have a list of deals here).

Parking, for the record, is free. Check out a map of the lots below – and just a heads up, on busy weekends, traffic might be diverted to overflow parking.

If you’re going to the rodeo, you’ll typically enter the stock show through the Denver Coliseum. You can get in here even if you aren’t, but with grounds admission, you’ll be mainly be looking at a plethora of western-themed art and clothing you didn’t know you needed but totally do.

The rest of the stock show is connected by a walkway underneath I-70, which also conveniently serves as a food court. So, if you want to live the dream and eat a corn dog underneath a highway, this is your chance.

The building here (the Expo Hall) has the stadium arena and more shopping than you can ever dream of. To help with shopping, there are also a few “pop-up” bars along the way as well as more legit restaurants.

RELATED: There will be a bunch of longhorns and cowboys in downtown Denver on Thursday

Underneath this are the cattle barns, where you’ll find stock that some folks have driven across the country to show and potentially sell. The horse barn is also nearby and worth a stop, and visitors can get their fix of cute, smaller animals (like llamas and chickens!) in the junior barn.

Finally, the top floor is home to the kids area – which has a petting show that includes a plethora of animals that have gotten more free food and taken more selfies than any human can comprehend.

The CINCH Arena is just north of this, and just outside of the horse barn, there’s not much going on here unless you’re seeing a show.

RELATED: A Colorado native and a transplant walk into the National Western Stock Show...

Then, there are the stockyards, which are home to hundreds of heads of cattle from around the country. In the old building nearby you’ll find the Stockyard Saloon – which has an old school country bar one would be hard-pressed to find in modern Denver.

You can check out the full grounds map below: