The new National Western Center will restore the building that has been the epicenter of the region’s livestock industry. 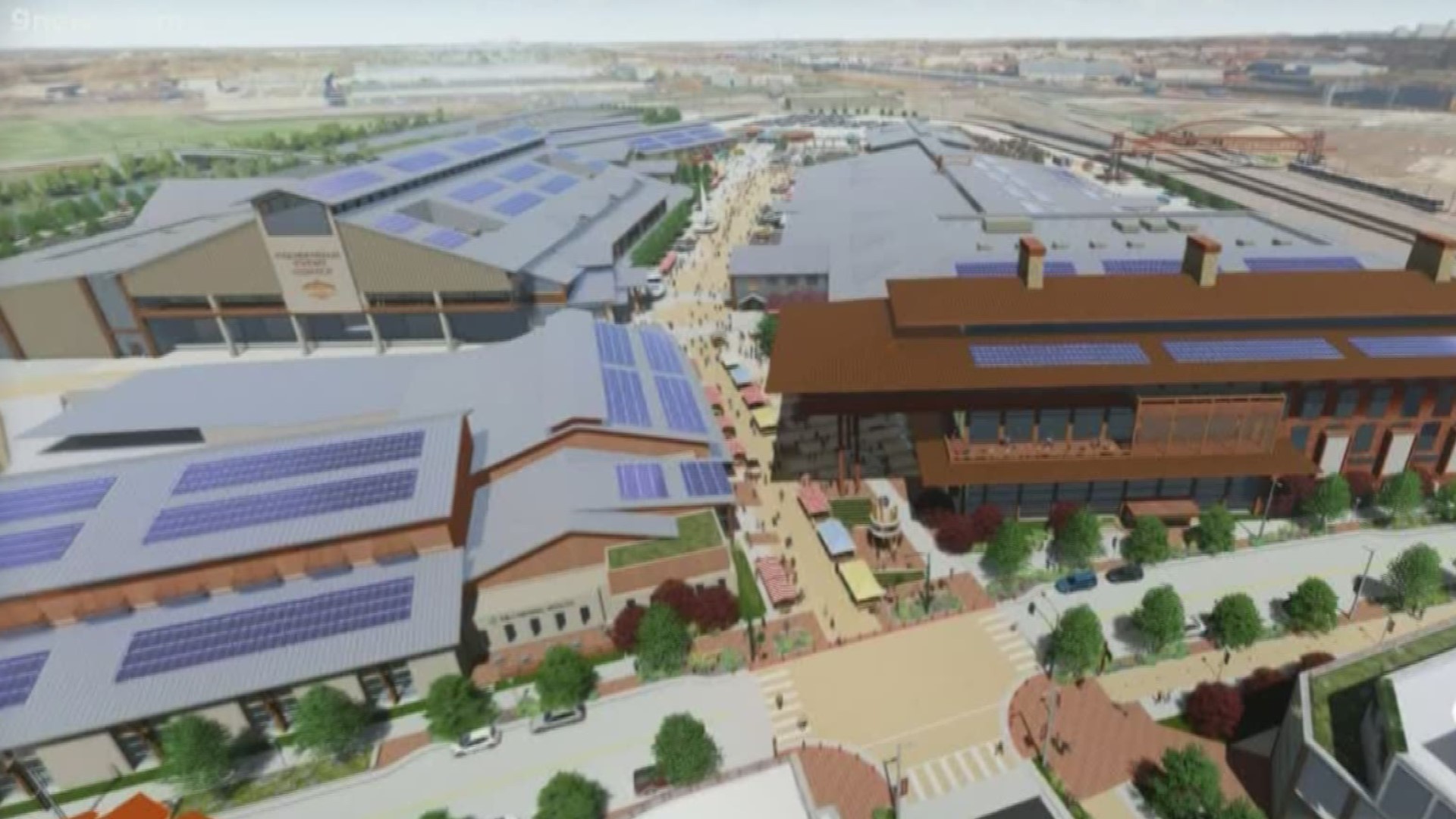 DENVER — An icon of Colorado's agricultural heritage will soon be restored and revived.

The historic Livestock Exchange Building in Denver will be revitalized at the site of the future National Western Center.

Located alongside the grounds of the National Western Complex at 4701 Marion Street, the Livestock Exchange Building was built in 1916 and has been the longtime heart of agriculture business in the Rocky Mountain West.

Denver-based partners EXDO Development, Elevation Development Group, the Colorado Cattlemen’s Association purchased the building and finalized the purchase on Nov. 30. The City and County of Denver selected the team through a process that sought a purchaser to operate the property “in alignment with the objectives of the National Western Center master plan," according to a National Western Center release.

“The Livestock Exchange Building is an unparalleled opportunity to link our region’s agricultural heritage to its future innovation,” said National Western Center CEO Brad Buchanan. “The owners’ intent is to bring the building back to its rightful place at the forefront of the region’s food industry.”

The historic exchange building will continue to house the Denver Stockyard Saloon. The saloon is the current iteration of the site's string of restaurants, inns and bars that have served stockmen since 1898.

The Livestock Exchange Building's newest occupant will be the Colorado Cattlemen’s Association (CCA), which headquartered in the building for several decades in the mid- to late-1900s.

“The Colorado Cattlemen’s Association has deep ties to the Livestock Exchange Building,” said CAA Executive Vice President Terry Fankhauser. “For us, this is a homecoming.”

The Denver Livestock Exchange was a nonprofit that oversaw livestock sales at the stockyards from 1906 to 1962. The longest tenant in the building was the Colorado Brand Inspection Board from 1906 to 2015.

RELATED: National Western's water tower is on the move