Headed to the stock show? Here’s what to do while you’re in the neighborhood

The National Western Stock Show starts on January 11 and lasts until January 26.

The part-fair, part-livestock show, part-rodeo, part-tradeshow offers a taste of old Denver … and is on the boundary of neighborhoods that represent the city’s evolution.

For this week’s 9Neighborhoods, we have a look at things visitors can do at the National Western Complex and the surrounding neighborhoods this weekend.

The National Western Stock Show runs from Jan. 11 to Jan. 26.

This story is part of the weekly #9Neighborhoods series, which publishes every Friday morning on 9NEWS.com and highlights different communities throughout Colorado. Head to the 9NEWS Instagram for a look at some our viewers’ favorite stock show photos! Have an idea for a city, neighborhood or town to check out next? Email us at webteam@9news.com.

To get parking not at Coors Field (especially on a weekend), your best call is to get to the stock show pretty early – especially if you’re just planning on exploring the grounds rather than attending a specific event.

The grounds open at 9 a.m. Since it’s a long day of walking/exploration, getting fortified is typically a good call.

The Butcher Block Cafe in the Elyria-Swansea neighborhood is a local favorite.

The family-owned and totally non-pretentious Butcher Block Café is less than a mile from the Denver Coliseum. In addition to homemade cinnamon rolls, you can grab a full-on breakfast burrito smothered in green chili or a chicken fried steak.

Once you get to the stock show grounds

The action kicks off as early as 9 a.m. this weekend with the Colorado Fiddle Championships at the Beef Palace. Jake Jabs says he’ll be there playing guitar, so if you’re into music AND local celebrities, this might be an event worth checking out.

Another pro tip? Head to the petting zoo as early as possible (contrary to popular belief, it’s not just for kids). The animals will actually be hungry for some snacks, and you won’t have to wait in a giant line just to pet a llama or zebu.

While you’re in the area, check out the Coors Western Art Gallery.

It’s worth mentioning that both the pet show and Coors Western Art Exhibit are on the third floor of the Expo Hall.

It gets busy up there fast, since the main entrance is on the second floor. This is also home to the trade show – which is worth exploring even if you aren’t in the market for a pickup truck, mattress or humidifier. There are also cooking demonstrations, logically. 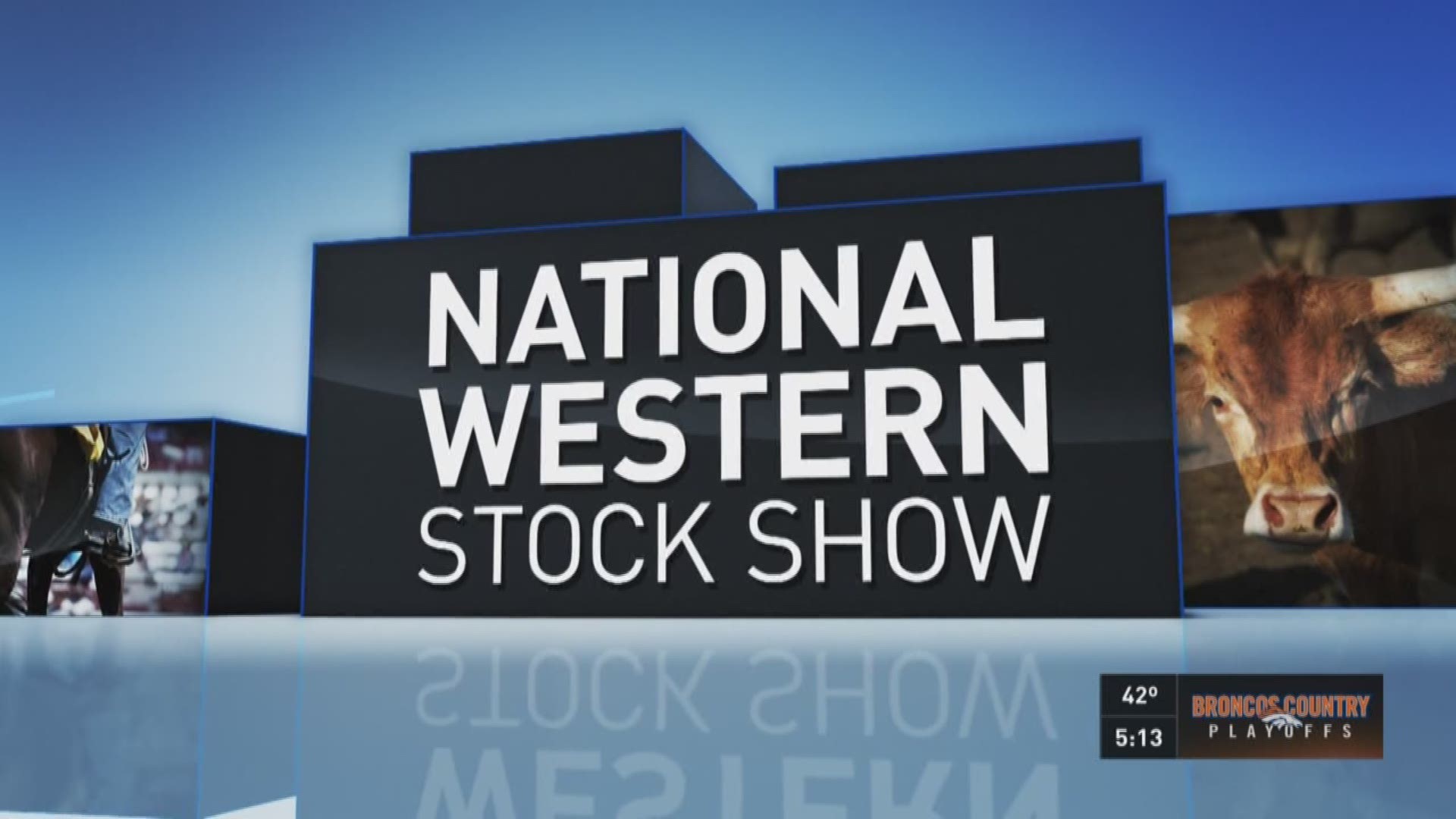 If all those cooking demonstrations made you hungry, head to the walkway that connects the Expo Hall with the Denver Coliseum. The reason? It might be your one opportunity to eat lunch underneath Interstate 70.

Also, there’s some pretty decent fair food/barbecue, and even if your New Year’s resolution was to eat better, you can treat yo’self by Jan. 11. It’s science.

But, if you want to leave the stock show grounds for a bite before embarking on the second half of your day, catch an Uber/Lyft to the Source, which is just up Brighton Boulevard.

In some ways, it’s the exact opposite of the stock show – back in December, it hosted a “Hipster Santa” event. But it’s also home to Acorn, which food experts herald as one of the city’s best restaurants.

Credit: Allison Sylte, KUSA
Another view of the Riverside cemetery in the Elyria-Swansea neighborhood of Denver.

The Riverside Cemetery is right off the Platte River north of the stock show grounds, and has the distinction of being Colorado’s oldest operating cemetery.

RELATED: 1 of 6 Civil War monuments in Colorado is in Denver's Riverside Cemetery

RELATED: Next Question: Is Denver running out of cemetery space?

Riverside Cemetery is located at 5201 Brighton Blvd. in Denver.

Now that it’s after noon, it’s totally permissible to get a drink at the Cowboy Bar. This is literally inside of the cow barn on the lower level of the Expo Hall. From here, it’s worth it just to wander around. You’ll get up close and personal with cows of all shapes, sizes and colors (check out our “cow guide here).

RELATED: A city person’s guide to the cattle you'll see at the stock show

This level is also home to the “Beef Palace,” the horse barn (where you can see some Clydesdales!) and the stadium arena.

Once you’ve gotten your fill of these cows, there are even more if you step outside and head to “The Yards.” This is where the real action goes down for ranchers across the country.

Credit: Allison Sylte, KUSA
A good example of a Hereford bull at the National Western Stock Show in Denver.

The historic building on the western edge of the yard is also home to the Stockyard Inn and Saloon – which has dinner and a pretty epic cowboy bar that’s open until 2 a.m. (this should go without saying, but if you partake, take an Uber or get another ride instead of driving to the stock show).

After visiting the Yards (which will eventually be moved during the stock show renovation), it’s always worth it to return to the Coliseum for one more lap of this trade show – especially if all the cowboys have inspired you to buy some of your own western wear.

Play “hipster or cowboy” in RiNo

Credit: 9NEWS File Photo
A hipster with a dapper beard.

Once relatively empty and industrial, the area surrounding the National Western Stock Show grounds has started to get, for lack of a better word, trendy.

And during the stock show, many people leave the grounds to explore the numerous breweries in RiNo – which is home to everything from Blue Moon to Great Divide to Mockery (check this out just for the really cool game room).

These locations tend to get packed in the evenings, but it’s pretty fun to guess who is wearing Carhart-branded clothing for fashion versus those who actually need the workwear for its intended purpose.

Other notable locations to check out in RiNo include Work and Class, Bigsby’s Folly Craft Winery and Restaurant, Finn's Manor and Infinite Monkey Theorem. 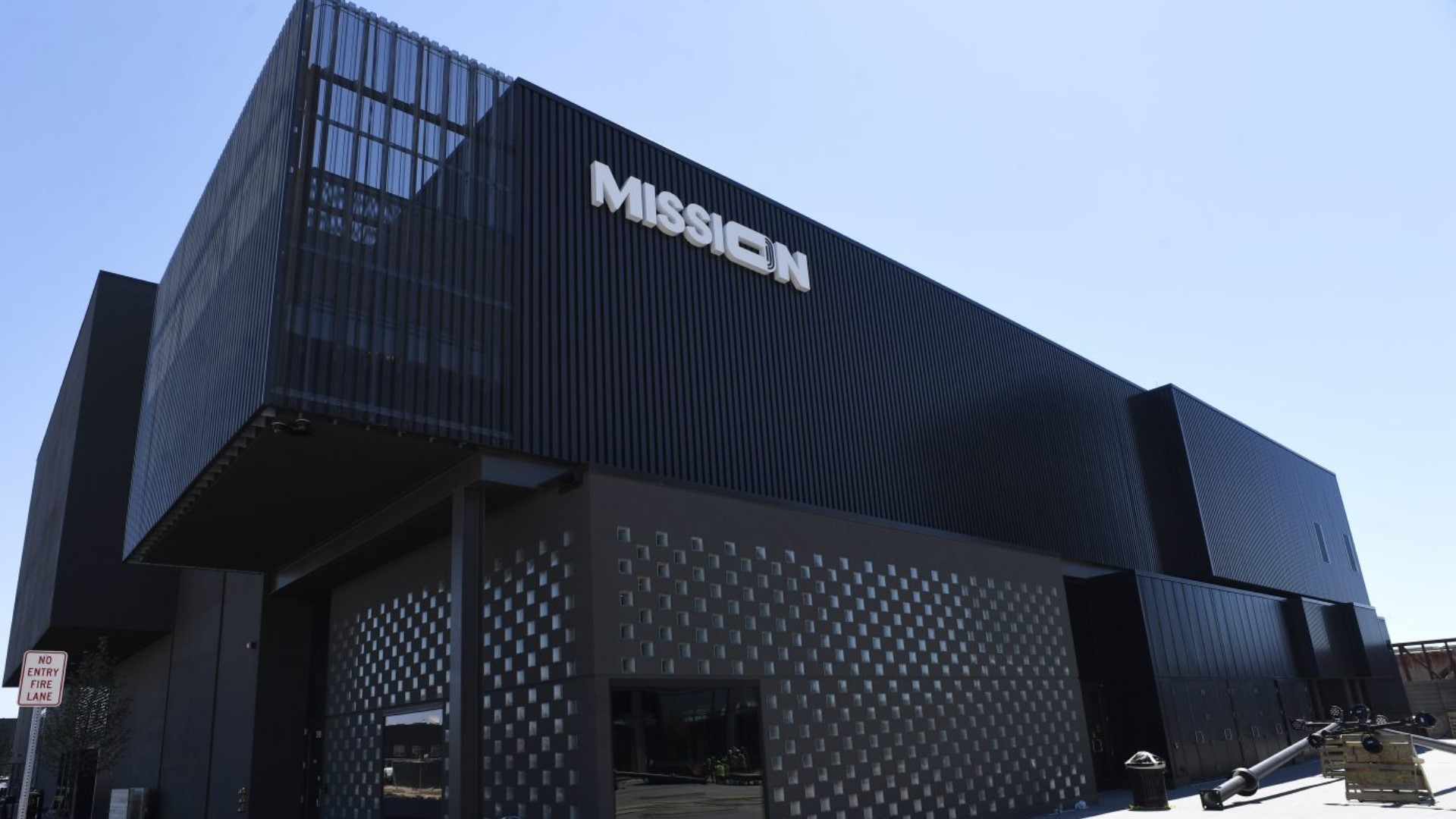 The relatively new Mission Ballroom is just a half a mile from the stock show grounds – and there are multiple shows at the music venue during National Western.

The Infamous Stringdusters play on Jan. 11, but if that’s not country enough for you, fear not. The Ranady Roger’s Bandy has a show right in the middle of the stock show on Jan. 15, and Casey Donahew is playing on Jan. 18.

Another music venue, Globe Hall, is a little bit more than a mile from the stock show grounds. Honestly, it gets extra points for having barbecue. There are multiple shows scheduled for during the stock show, and you can check out a full list of performances here: http://www.globehall.com/

One would be remiss to not include the Grizzly Rose in a roundup of music venues to check out during the stock show. After all: it's basically a year-round version of the stock show, given that it's a country music bar with a mechanical bull inside.

Josh Turner and Travis Denning are among the national acts that will be in town during National Western.

See the rodeo (or another show)

You can catch the rodeo nearly every night of the National Western Stock Show – and tickets come with grounds admission, so you can really make a day out of it.

Saturday is the finals of the Colorado vs. the World rodeo, and Sunday’s stock show will host the popular Mexican Rodeo Extravaganza. You can check out a full schedule of events (including what needs separate tickets and what doesn’t) here: https://nationalwestern.com/schedule/

If you aren't a fan of the rodeo, there are other events that involve everything from dancing horses to dogs with special skills.

If you head to the stock show, share your photos with us at yourtake@9news.com.

9NEWS is a corporate partner of the National Western Stock Show.