They understand, but these goat-showing siblings are bummed the National Western Stock Show won't happen in 2021

Two siblings who worked for months to raise goats to show at the annual event expressed their disappointment in its postponement — but also their understanding. 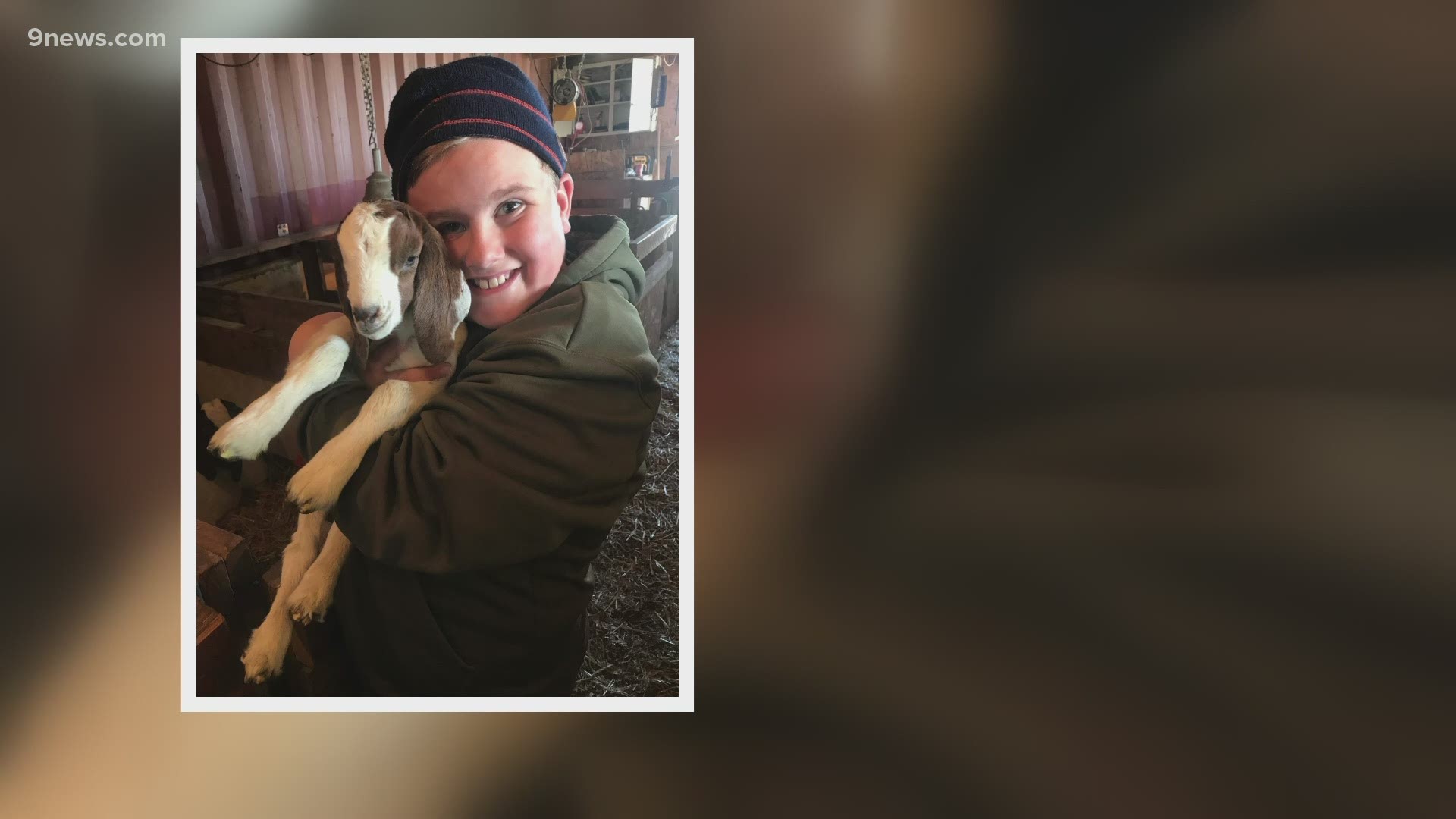 DENVER — Students who regularly show animals at the National Western Stock Show (NWSS) said they are disappointed they won't get to after the recent announcement that the show would be postponed to 2022.

Organizers on Sept. 14 announced they had opted to postpone the 115th show by one year and to resume the event in January 2022 due to the COVID-19 pandemic.

"I was pretty sad about it, but now looking back I completely understand what they’re trying to do," said Cassidy Jagers, a 17-year-old who planned to show her goat. "We don’t need to expose people to things whenever it’s not necessary for us to [host] an event that big."

A tradition since 1906, the stock show is part-rodeo, part-livestock show and part fair that brings hundreds of thousands of people to the National Western Complex each year for a celebration of the state’s agricultural heritage.

Stock show organizers said the current environment with COVID-19 is not reassuring enough to allow for a traditional stock show to take place without potentially compromising the health and safety of exhibitors, visitors and the public at large.

Denver Mayor Michael Hancock said event organizers made the correct decision, saying that even if a COVID-19 vaccine was ready by January 2021, it will still likely take months to get enough people vaccinated to carry on a large event safely.

"This is the right decision, it's the best decision," Hancock said, adding that Denver officials will work to make sure it comes back in 2022.

Jagers and her younger brother Corbin, 13, have each been showing animals at NWSS since they were each 8 years old. It's a tradition that spans multiple generations in their family.

"Hearing my grandpa tell me stories about whenever they used to take cattle there, and they used to settle cattle in the yards, and everything like that – it’s just really cool to me," Cassidy Jagers said.

The siblings said they've already been working for months to raise two goats they planned to show to judges in January.

"It’s a lot of work to show animals," Corbin Jagers said as he detailed all of the early mornings he's had since April when he chose his goat. "After the whole day, it’s pretty exhausting."

Cassidy and Corbin Jagers said they'll have to start their respective processes over again for 2022's stock show because this year's goats won't be eligible by then.

But the stock show means more to the brother and sister than just the animal aspect of it. Cassidy and Corbin Jagers said it's also their chance each year to take a break from the rest of life and to just hang out as a family.

"It just makes you put things in a different perspective," Corbin Jagers said. "I’ll miss it. It’s a lot of fun to go up there for sure."

"I just feel at home whenever I’m up there," Cassidy Jagers said. "So, I think that this year we’ll definitely be missing that part about stock show and – just being able to go do something fun as a family."

Andrews said that one silver lining to pushing the NWSS to 2022 is that it will allow construction of the National Western Center to carry on uninterrupted. The new center will include more than 2.2 million square feet of new indoor and outdoor spaces designed to host research labs, farmer's markets, conferences, festivals and more.

RELATED: National Western's water tower is on the move