For the "Baby Driver" and "Hot Fuzz" director, his first documentary is a dream assignment. For the Sparks uninitiated, it's a poignant whirlwind of an education. 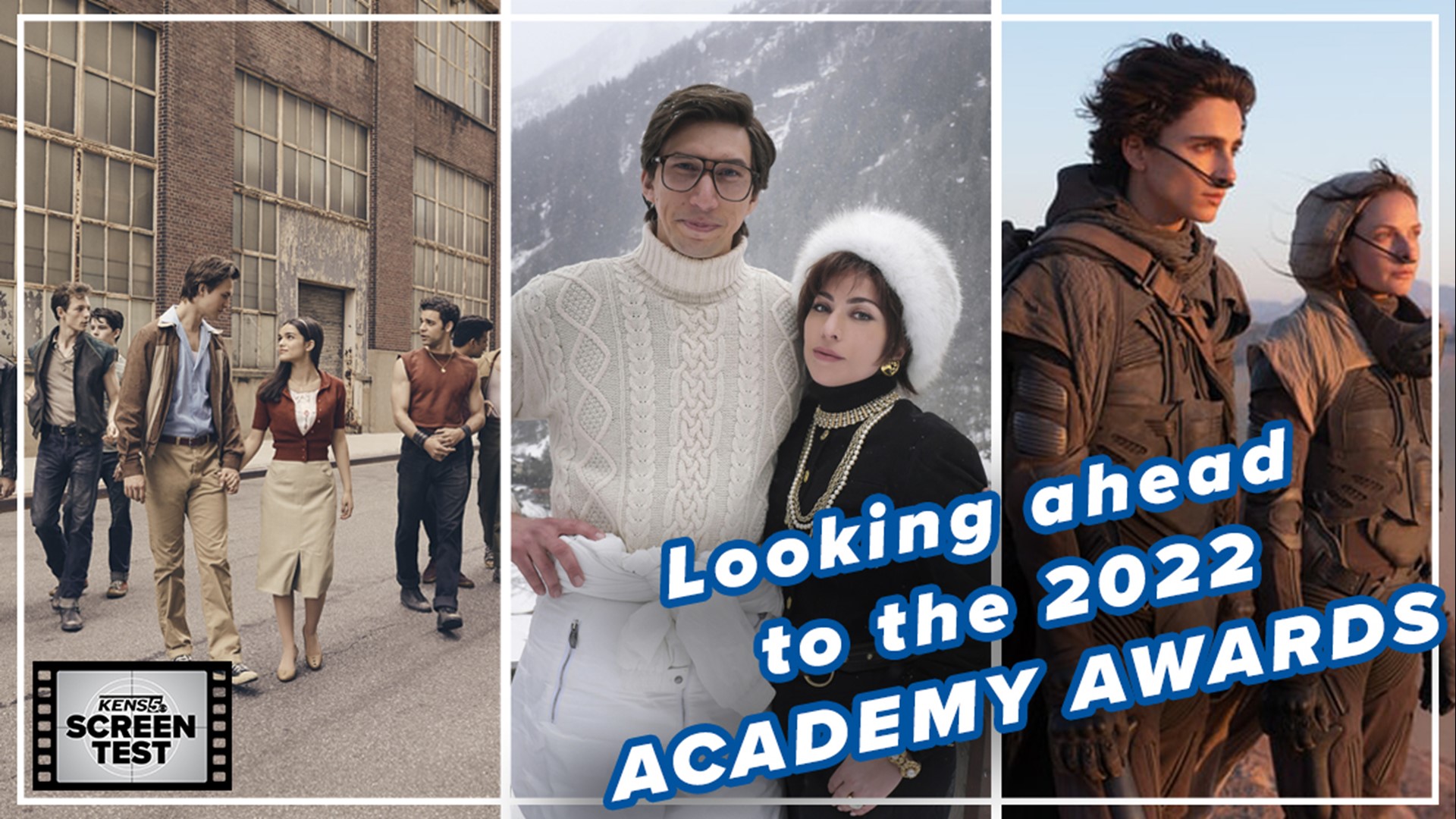 While watching and likely grooving to the bevy of concert footage sprinkled throughout the twinkle-eyed new documentary “The Sparks Brothers,” a certain pair of eyes cut through time and medium to lock gaze with us, as if prodding the viewer into a staring contest.

They belong to Ron Mael, one half of the creative duo behind Sparks, a seemingly immortal pop-disco band referred to early in this movie as “the best British group to come out of America.” That’s all well and good, if a bit deceitful-sounding, but...well, we’ve got to get back to those eyes for a moment. Something about them and the statuesque way Mael elegantly maneuvers a synthesizer while brother Russell croons to crowds of admirers feels like a running gag teasing or testing the audience of their shows...maybe the audience of this movie? Could there be some playful deceit in this grainy footage of concerts past?

The gut reaction, we come to find, is in the very spirit of the work, which comes our way from Edgar Wright, one of contemporary cinema’s most colorful pop-sensationalists. Considering how candidly quirky Ron and Russell Mael present themselves when interviewed by Wright, who eagerly admits lifelong fanhood of Sparks’s metatextual serenades, is it really so far-fetched to imagine this trio of idiosyncratic creatives conspiring to toy with us? And to do so at the same time as it’s enveloping us into the fold of Sparks’s restless creativity which has resurrected and reinvented itself through half a century? No, that archival footage hasn’t been tampered with—Ron Mael apparently really is as eccentric in live shows as he appears here. But the fact it feels like we’re the butt of an in-joke we’re not part of synchronizes with the wonderful weirdness of “The Sparks Brothers,” and of the Sparks brothers themselves. In regards to both stage and subject, anything goes.

If there was any doubt “The Sparks Brothers” was a labor of love for Wright, it’s dashed by the sheer depth of what’s explored. The filmmaker and fan is in the unique position of creating the first substantial Sparks documentary and also the definitive one in equal stride. And so Wright, with the help of the brothers themselves, traces their lifelong journey from childhood and early tragedy through their beginnings as Halfnelson through their ensuing resurrections and reinventions across multiple continents and half a decade of influential music as Sparks, a band whose propensity for the playfully perverse and irreverent is often underscored by the freneticism of Wright’s storytelling. If you’ve seen “Baby Driver” or “Scott Pilgrims vs. the World” or any of the Cornetto trilogy, Sparks’s influence on Wright as an entertainer is clear—their music is unabashed and entirely their own, indulgent and operatically odd.

There’s arguably never been more fertile ground for Wright’s tendency to aesthetically overwhelm. His first non-fiction effort is a documentary in the guise of a sandbox of invention, deploying a variety of animation styles – sentient 2-D doodles, moving paint blotches, paper collage dioramas among them – to give cheeky life to the Maels’ various anecdotes, provided in direct-address fashion and with a restrained enthusiasm that’s clearly a display of their own relaxed naturalism, not of ego.

It’s worth noting I’m Wright’s target audience. I’ve had virtually no exposure that I can recall to the band, although “The Sparks Brothers” has a way of making you feel like you’ve known them your entire life. Theirs is a familiar story of an artist’s hard-won success, complete with a desperation for gigs that takes them to London, where they would break through in the early ‘70s, and some tangos with fate. All this is conveyed in breathless fashion that is by turns exhilarating and a bit frustrating as we’re adjusting ourselves to it, though that isn’t to say the movie is constrained by convention; rather, Wright’s sheer joy is so tangible that it can seem early on like he’s never quite arguing anything about his idols’ influence. The first hour of “The Sparks Brothers” provides ample imperative to wonder why there’s no questioning the cultural conditions that prevented the band from ever reaching mainstream glory. After all, isn’t that contradiction at least part of the director’s motivation?

But this is a documentary rooted in fascination, not interrogation—it dares to believe it exists in a world where Sparks is as much a household name as Queen. The reverberations of that point of view – Wright’s point of view, that is – are more clearly felt in later sequences, and especially in the exhaustive list of people and bands Wright enlisted for the documentary. Duran Duran. Franz Ferdinand. Beck. Jack Antonoff. Weird Al. Non-musical artists as well, like Mike Myers, Neil Gaiman and Fred Armisen. Make no mistake: these personalities will never be assembled for the same project again.

It’s an irony worthy of Edgar Wright himself that he avoids the documentary pitfall of talking-heads tedium by utilizing a frankly stunning army of recognizable talking heads. The more they laud the impact Sparks had on their lives, the more Wright’s case is being made for him (at the same time, a bit of cognitive dissonance rumbles in us, the newly initiated into the Cult of Sparks. How the hell hadn’t we heard of these guys before?). Inspiration begets inspiration, and “The Sparks Brothers” transcended my early feelings that the movie’s own design is merely incidental by becoming a mighty inspiring work in its own right.

Despite the obviousness of the term (and perhaps because of it) “music documentary” just doesn’t seem the right descriptor for “The Sparks Brothers.” I think that’s partially because of how clearly a delight this exercise was for Wright, who can be heard gleefully cackling at multiple points while chatting with his favorite band. Who says don’t meet your heroes? Wright himself arguably appears in front of the camera much too late, as if he had made a bet to see how long he can go leaving the gushing to everyone else.

On a more impressive level, however, “The Sparks Brothers” poignantly translates an odyssey of artistic resilience once its chronological story nears and eventually breaches the 21st century. Is it a cinematic illusion of that mischievous Wright that Ron and Russell Mael seem better suited for the modern musical age, to the point that they continue to pump out albums every few years while usurping the status quos of the genre they have played no small part in shaping? Nowhere in the final third of “The Sparks Brothers” does it dissolve into a confessional about an anxiety to remain young through their work, and nowhere do we suspect that to be the case. No, there’s no trickery here either. The motivation seems to be simpler and yet more profound, arrived at with subtly deft touch and, yes, admiration by Wright: So long as there is art to be made, twisted and challenged, it seems we can rely on Sparks to be there to do it.

What an admirable sentiment. What an admirable documentary that allows us to become intimate enough with the Maels so that we find this out without them ever suggesting it out loud. Now, if you’ll excuse me, I’ve got some Sparks albums to dive into.

"The Sparks Brothers" is rated R for language. It's now playing in San Antonio-area theaters.