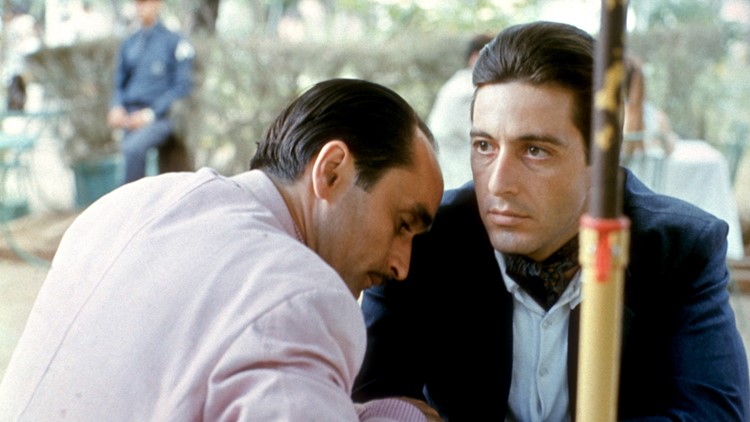 'The Godfather Part II' returns to theaters for 45th anniversary

Organized crime movie classic The Godfather Part II will return to movie theaters nationwide for three days in celebration of its 45th anniversary.

Presented by Fathom Events and TCM Big Screen Classics, The Godfather Part II is hailed as one of the best crime dramas of all-time and is the only sequel to a Best Picture winner to win the top Oscar. The film holds a near-perfect 97% score on Rotten Tomatoes.

Directed by Francis Ford Coppola, The Godfather Part II tells two interconnected stories: the rise of a young Vito Corleone (Robert De Niro) sent to America to fend for himself, and the haunting ascension of Michael Corleone (Al Pacino) as the new Don.

The film will be accompanied by insights from TCM Primetime Host Ben Mankiewicz both before and after the feature presentation.

Tickets for The Godfather Part II can be purchased at FathomEvents.com or participating theater box offices.

RELATED: Scorsese, De Niro and Pacino on time and 'The Irishman'

RELATED: Netflix to give Scorsese's 'The Irishman' brief theatrical release