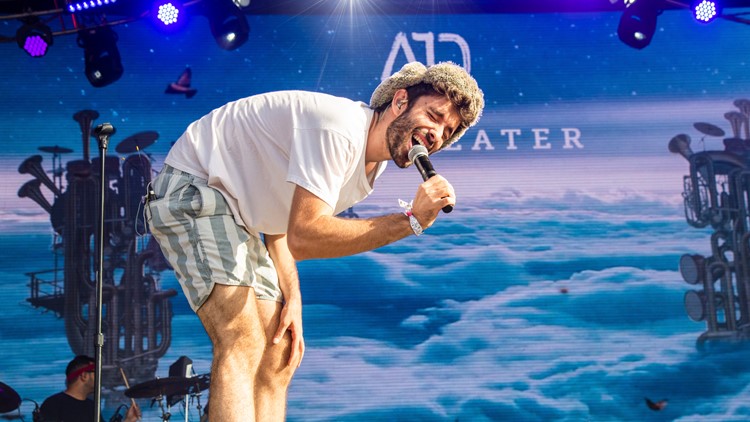 Photo by: Amy Harris/Invision/AP
Jack Evan Met of AJR performs at the Bonnaroo Music and Arts Festival on Friday, June 14, 2019, in Manchester, Tenn.

AJR will perform at Pepsi Center in Denver on Thursday, Aug. 13 with special guest Ashe and more to be announced.

Tickets for the summer concert go on sale Friday, Feb. 21 at 10 a.m. at PepsiCenter.com and LiveNation.com.

Citi card members will have presale ticket access from Tuesday, Feb. 18 at 10 a.m. to Thursday, Feb. 20 at 10 p.m. at CitiEntertainment.com.

The "Everything Everywhere Tour" produced by Live Nation launches Tuesday, July 21 in Dallas.

AJR's new track "BANG!" recently racked up over 2 million total streams in the first 48 hours of its release, according to concert promoter Live Nation.

Apple Music named AJR’s hit “Weak” one of the Best Alt Songs of the 2010s.