COVID restrictions shut down donation sites during second week of drive in 2020. 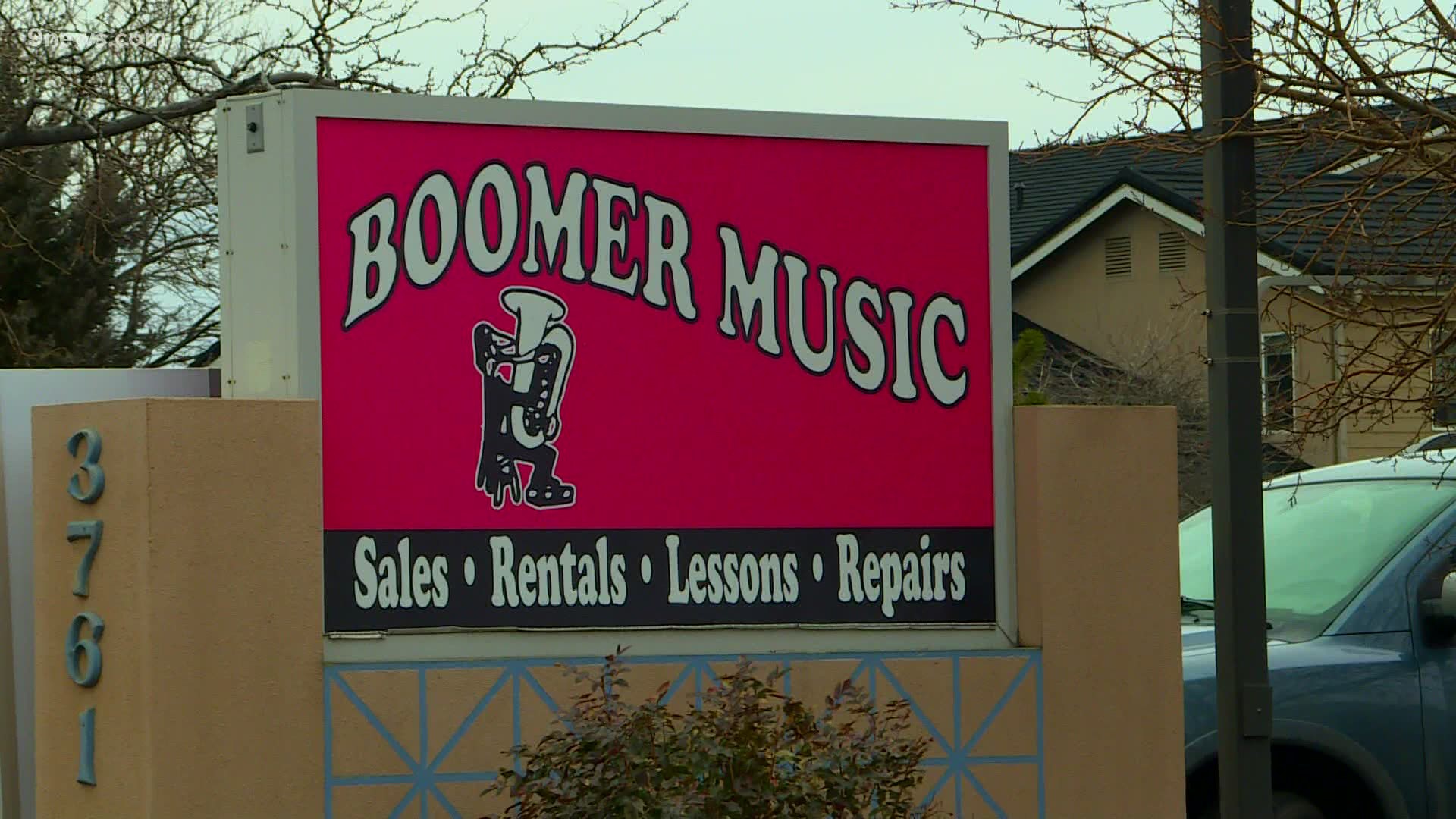 FORT COLLINS, Colo. — The big difference between this year and last is stores like Boomer Music Company in Fort Collins are back open during the pandemic.

"We were actually shut down for the month of April in 2020," Drew Holmes, Boomer Music Company owner, said.

"A bunch of staff members are gigging musicians and they dried up really quick, so this ended up being the main source of income they had," Holmes said.

Boomer Music is also a donation drop-off site for the Bringing Music to Life instrument drive. 9NEWS is a sponsor of the drive which asks people to donate used musical instruments to support school programs across Colorado.

"We'll see how it goes, you know, every year is different," Steve Blatt said.

Blatt is the executive director of Bringing Music to Life and said the pandemic had a drastic effect on the drive last year.

"The lockdowns started in the second week of the drive and suddenly everything stopped," Blatt said.

Blatt said the pandemic not only closed donation sites, it impacted the entire effort.

"Financial donations definitely were off last year and we had to really scramble because instrument repairs are the single greatest expense of the drive," Blatt said.

Holmes said many customers find out about the drive after coming into the store.

"That's how you really spread the word to get something like that going. It's a really organic thing and to not have that in-person component could be really potentially devastating," Holmes said.

"So, we lost one recruiting class mostly and this year it's unfortunately been kind of more of the same," Holmes said.

But, Holmes said the pandemic did improve one thing.

"Using remote learning and techniques and recording and creating content that way, I think we're probably a decade ahead of where would've been otherwise," Holmes said.

Blatt said students need music more than ever especially after a year of remote learning.

"Absolutely, in fact, we hear from many, many people that music is what has kept kids going," Blatt said.

The Bringing Music to Life instrument drive runs through March 21.

"I guess being the eternal optimist when things come back, man they're gonna come back with a vengeance and we're ready for it," Holmes said.