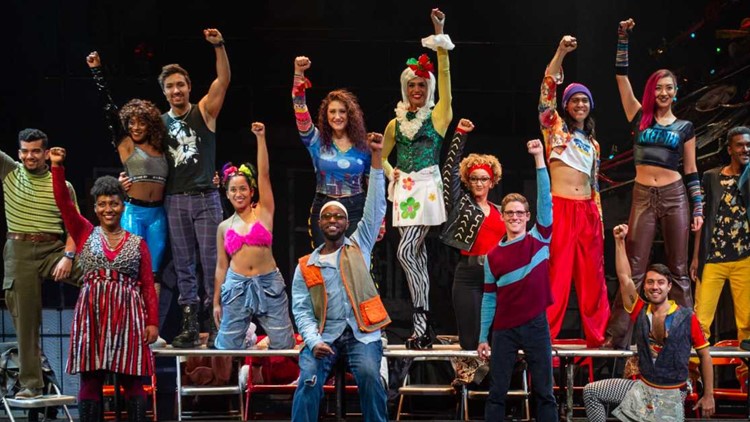 Photo by: Denver Center for the Performing Arts

The Denver Center for the Performing Arts (DCPA) has announced details for an in-person lottery system for the 20th anniversary production of Rent in Denver.

The Pultizer Prize and Tony Award-winning musical returns to the Mile High City for five performances only, Feb. 28 through March 1.

Seats in the first rows of the orchestra at the Buell Theatre will be available for $20 each through an in-person lottery at the box office.

Here's how to enter:

The tradition of cheap tickets to see Rent started in 1996 in New York when the show moved to Broadway after a sold-out run in a small downtown theatre.

The producers of the show are committed to continuing the tradition of offering these orchestra seats in each city the show will play.

A re-imagining of Puccini's La Bohème, the rock musical by Jonathan Larson tells the story of an unforgettable year in the lives of seven artists struggling to follow their dreams without selling out.

Two decades later, the musical continues to speak loudly and defiantly to audiences across generations. The "Rent 20th Anniversary Tour" is produced by Work Light Productions.

RELATED: Here's when tickets for 'Hamilton' in Denver go on sale

RELATED: Tickets for 'The Lion King' in Denver are about to go on sale

RELATED: Tickets to 30 DCPA shows go on sale next week