Swae Lee and Tyla Yaweh will join Post Malone on the second leg of the Runaway Tour. 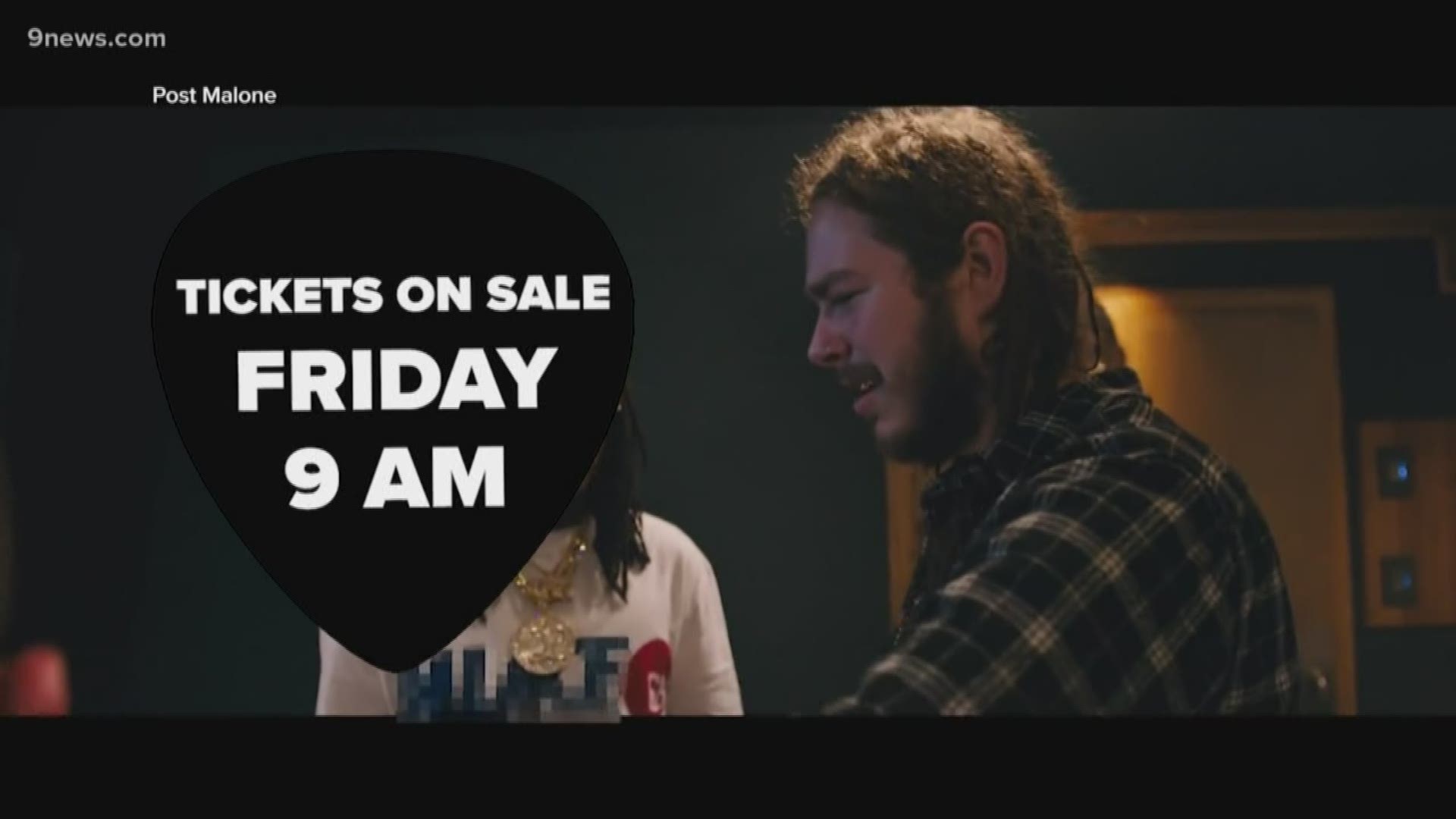 DENVER — Fresh off a performance at Pepsi Center nine days ago, Post Malone announced Tuesday he will return to the Colorado venue next year.

The second leg of Post Malone's 'Runaway Tour' will stop in Denver on Thursday, March 12, 2020.

Post Malone will again be supported by Swae Lee and Tyla Yaweh on most of the dates which begin in February.

Post Malone’s latest album, ‘Hollywood’s Bleeding’ recently returned to No. 1 on the Billboard Top 200 for the fifth non-consecutive week.