2,500 concertgoers would be allowed to attend shows if the state grants Denver Arts and Venues' request. 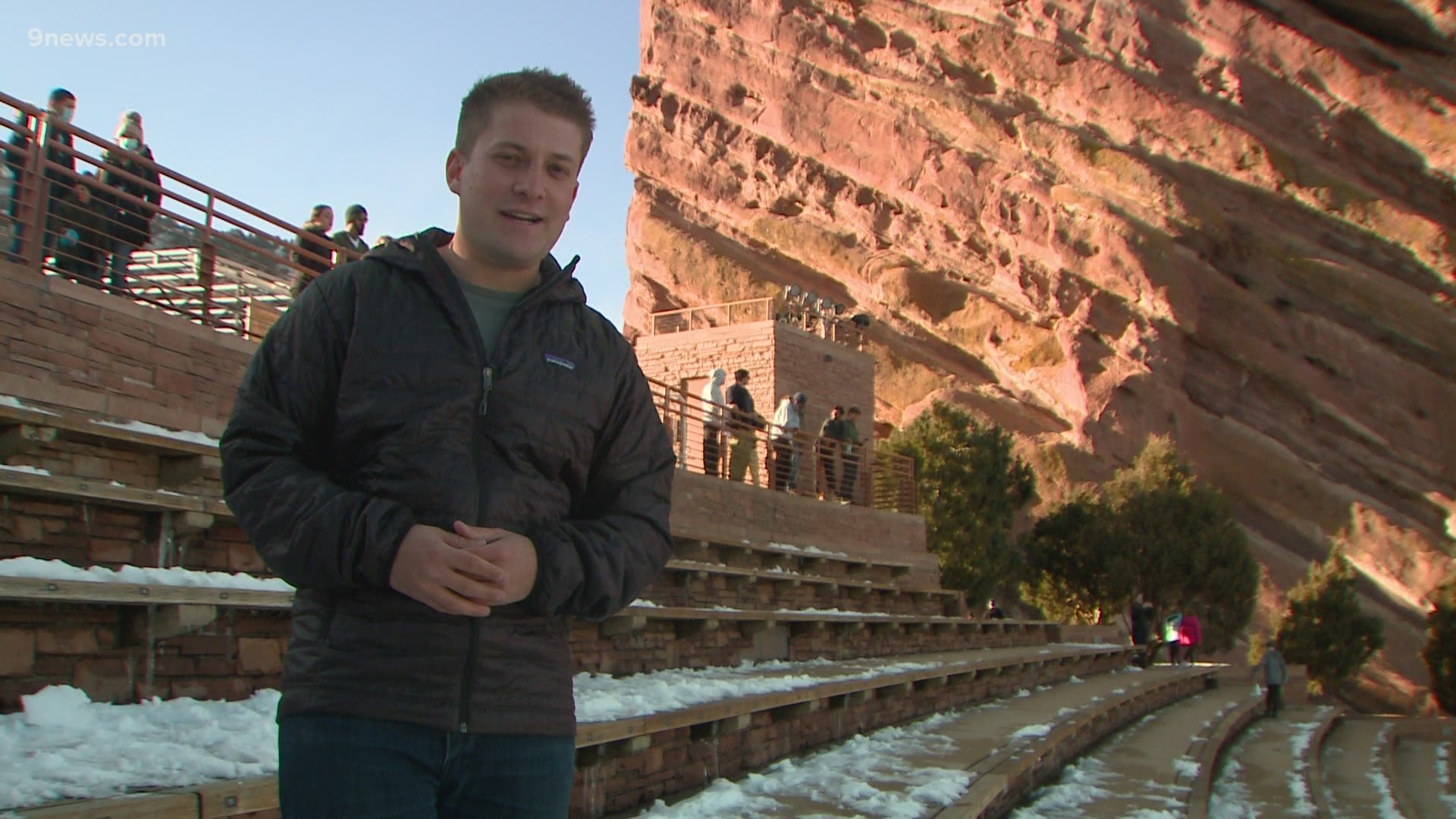 DENVER — Red Rocks Amphitheater would kick off the 2021 concert season in late April if it gets permission from the state to open at reduced capacity.

Brian Kitts with Denver Arts and Venues says they have asked for a variance that would allow the famed venue to host as many as 2,500 people at the beginning of the season. The venue can hold up to 9,500.

The hope, Kitts said, is that they could ramp up that number later in the year to 75 to 80% of full capacity, which would be as many as 7,600 people. He said that it depends on what's going on with the pandemic.

> Above video: Coors Field welcomes back fans in 2021.

Kitts said safety measures would be in place. Concertgoers should expect to be required to wear masks and practice social distancing, and for there to be sanitary practices in place such as touchless payments and ticketing.

As for who would be on stage, Kitts said that depends on who can perform. The schedule posted on the venue's website is based on last year's lineup and is likely to change, he said.

RELATED: The rescheduled Red Rocks concert lineup we hope to see in 2021

A spokesperson for the Denver Department of Public Health and Environment said the variance request was submitted to them first and will go to the state if it is approved.

Coors Field will have fans in the stands this season after the Colorado Department of Public Health and Environment granted the Colorado Rockies' variance request. The ballpark will be able to host 12,500 spectators when the Major League Baseball season begins.