Social distancing during the COVID-19 pandemic means music venues have to shut down, but an online music festival is keeping live music alive until they reopen. 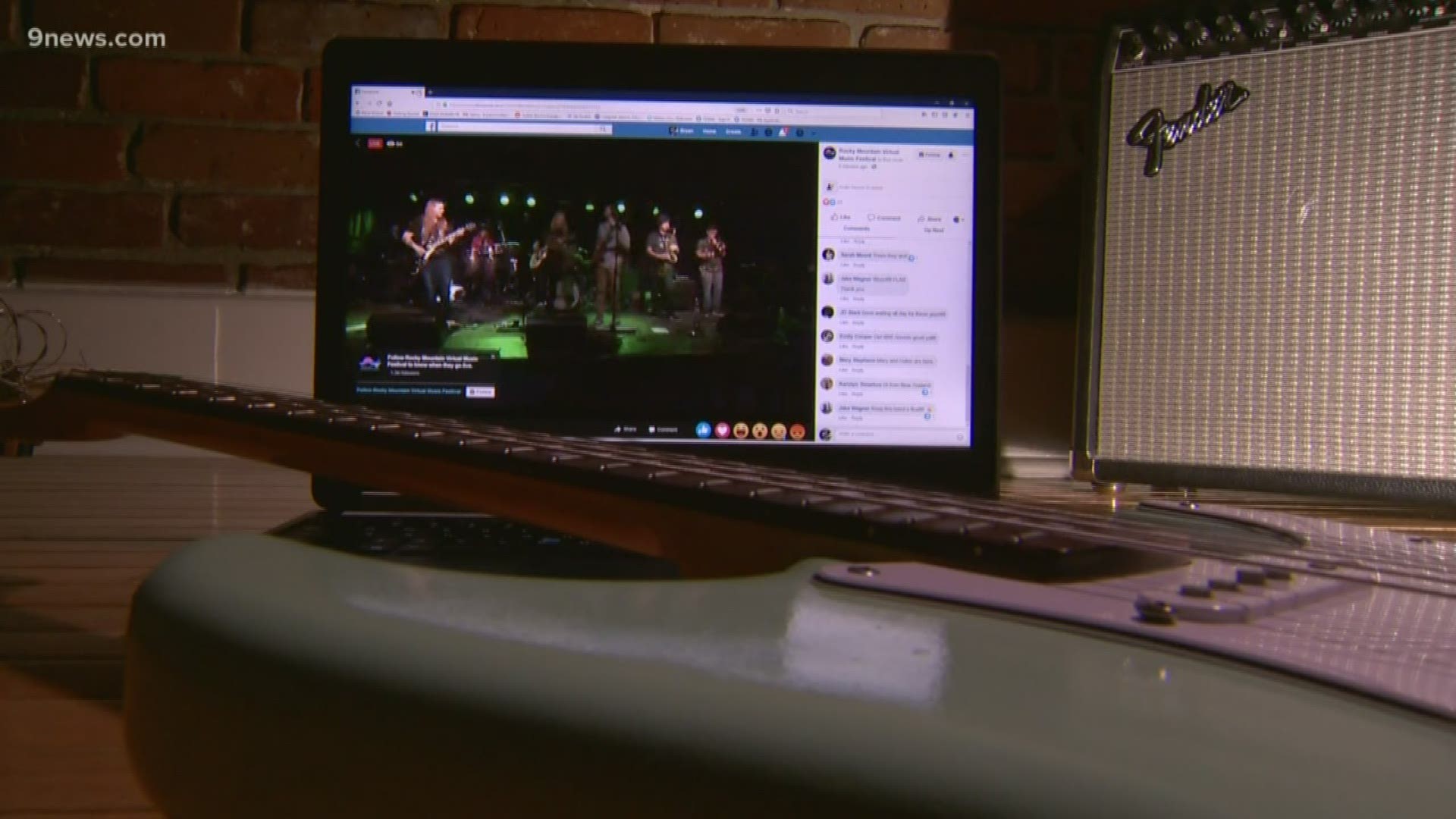 No one knows how soon "soon" will come, though.

Bands across the state have put tours on hold or canceled all together. Musicians who rely on income from gigs are wondering how they'll pay rent next month.

"We should all be ramping up right now for the busy season, but instead everything is just canceled," Sarah Shuel said. She manages the Denver funk band, Float Like a Buffalo.

The group came in to 2020 riding a wave of momentum. They played Red Rocks for the first time last year, won "best funk band" in the Westword Music Awards, and sold out the Bluebird Theater in January.

They were two shows into their first nationwide tour when things started to get really bad, because of COVID-19.

"We woke up on the third day and we had actually kind of decided, let's just keep going we don't feel like the risk is too high yet, and within an hour of having that conversation our opinion had completely changed," Shuel said.

Venues canceled their dates left and right, and Float Like a Buffalo decided to drive back to Denver.

"That whole tour kind of went up in smoke which was like 8 months of work," Shuel said.

When she got back to town, Shuel started thinking. Just because the tour was canceled it didn't mean live music had to be put on hold all together.

So, she called her friend, Alyssa Montano, and asked her what she thought about the idea of an online music festival.

"As soon as I asked her about this she jumped right on board," Shuel said.

In three days, the pair planned the first ever Rocky Mountain Virtual Music Festival. 10 bands and nine visual artists performing from 10am to 10:15 pm every Friday until things get back to normal.

"Everybody's home right now. It's kind of like having the best captive audience ever," Shuel said.

The virtual festival launched March 20, and hundreds of artists and musicians have applied to participate in the future.

"The nice thing about myself and this music community as a whole and the band is we really are a family," Shuel said. "Everyone is really good at taking care of everybody and nobodies going to let you get in that bad of a place."

RELATED: 9Things to do at home in Colorado this weekend