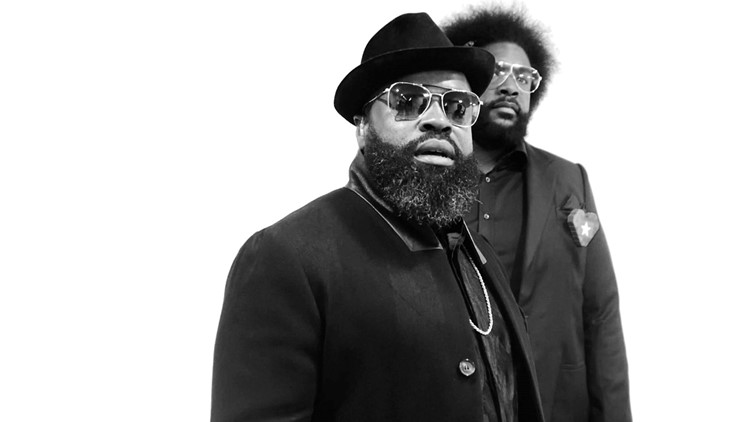 The Roots to return to Denver this November

DENVER — The Roots are coming back to the Centennial State.

The legendary hip-hop band has announced a performance at Denver's Fillmore Auditorium on Friday, Nov. 8 at 9 p.m.

“The Roots show here at the Fillmore earlier this year un-officially launched our 20th Anniversary," said Live Nation Colorado President Eric Pirritt. "It was a marathon night of some of the best music the venue had ever seen. It feels so great to have them join us again to help us begin to close out this amazing year.”

Tickets for the Denver concert go on sale Friday, Aug. 23 at 10 a.m. at the Fillmore Auditorium Box Office or online at Ticketmaster.com.

The concert is ages 16 and older.

The Roots were formed in 1987 in Philadelphia by Tariq "Black Thought" Trotter and Ahmir "Questlove" Thompson.

The Fillmore Auditorium, located at Colfax and Clarkson in downtown Denver, is entering its 20th concert season.

The Roots take the stage at 800 Congress Ave during the Bud Light x The Roots & Friends Jam Session at South By Southwest. (Photo: Rick Kern/Getty Images for Bud Light)