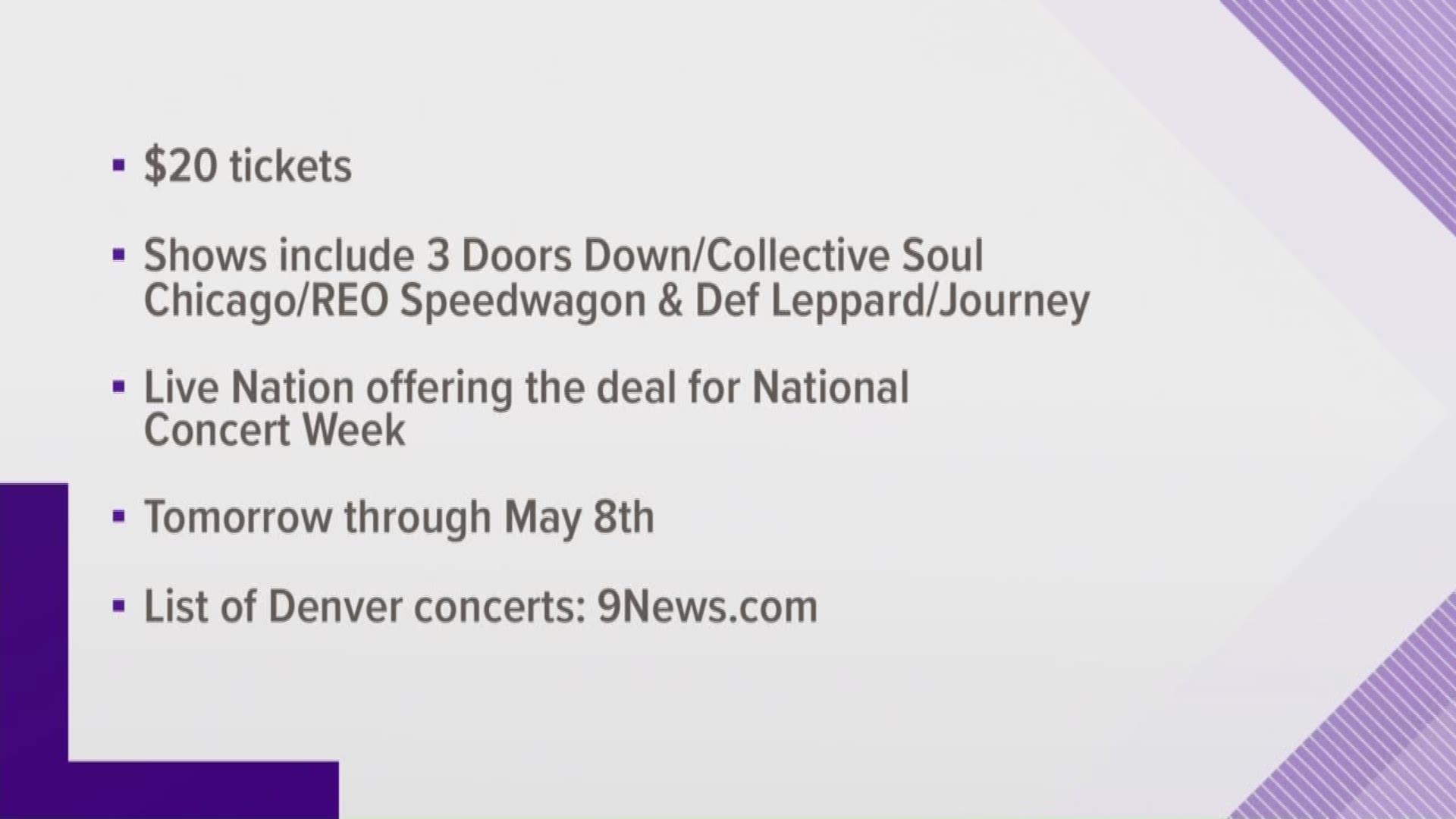 To celebrate the kickoff of its biggest summer season, Live Nation is selling $20 tickets to more than 2,000 shows this summer across the country.