Distracted driving crackdown getting watered down in Colorado legislature

According to the legislative council, which researches the impact of a bill for lawmakers, 771 adult drivers were convicted of texting and driving between January 2015 and 2018. 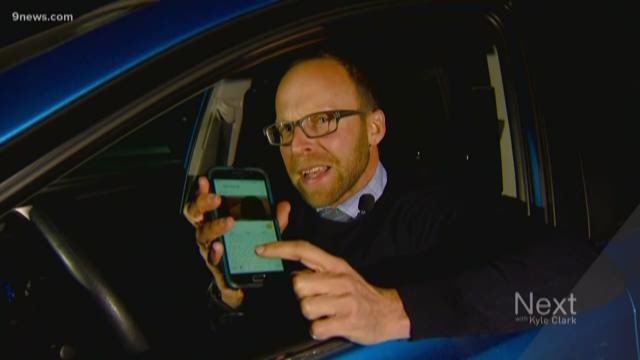 Is it possible there's a pro-distracted driving lobby at the state legislature?

Another year, another attempt to dictate the rules a driver must follow behind the wheel fails. This week, a legislative committee in the Senate killed two driving-related bills:

- Seatbelt use as a primary offense (meaning, you can be pulled over simply for not wearing a seatbelt)

"I was just watching people going by to see how many had cell phones in their hands, and I think I saw about a half a dozen," said State Sen. Lois Court, D-Denver.

Court was the bill's sponsor and sponsored a bill in 2017 that increased the fine for adults texting and driving from $50 to $300 and from one point on your license to four points.

"The bill that we did last year banning texting while driving was incomplete and difficult to enforce," said Court. "Officers told us that being able to see whether someone was texting or phoning was hard to determine, so they wanted a more comprehensive bill."

According to the legislative council, which researches the impact of a bill for lawmakers, 771 adult drivers were convicted of texting and driving between January 2015 and 2018.

When the fine went up last year, the threshold to get ticketed was lowered. To be ticketed, not even convicted, you have to be seen texting AND driving carelessly.

"Anything we can do in the legislature to pass laws to remind people to put the phone down and to put on your seatbelt is a good thing."

During the committee hearing, Sen. Owen Hill, R-Colorado Springs, summed up the opposition with his comments before voting no.

]"The fundamental question is: Is it government’s role to police people and decide these decisions for them? Or is it people’s job to police themselves and respect and love for their neighbor?" said Hill. "Both of these go too far with replacing personal liberty with fines, fees, taxes, regulations."

"As far as I'm concerned, having your civil liberties infringed on doesn't matter so much if you're dead," said Court.

Not wearing a seat belt will still get you a ticket, if you're pulled over or cited for something else.