Gems, minerals and a T-Rex suit 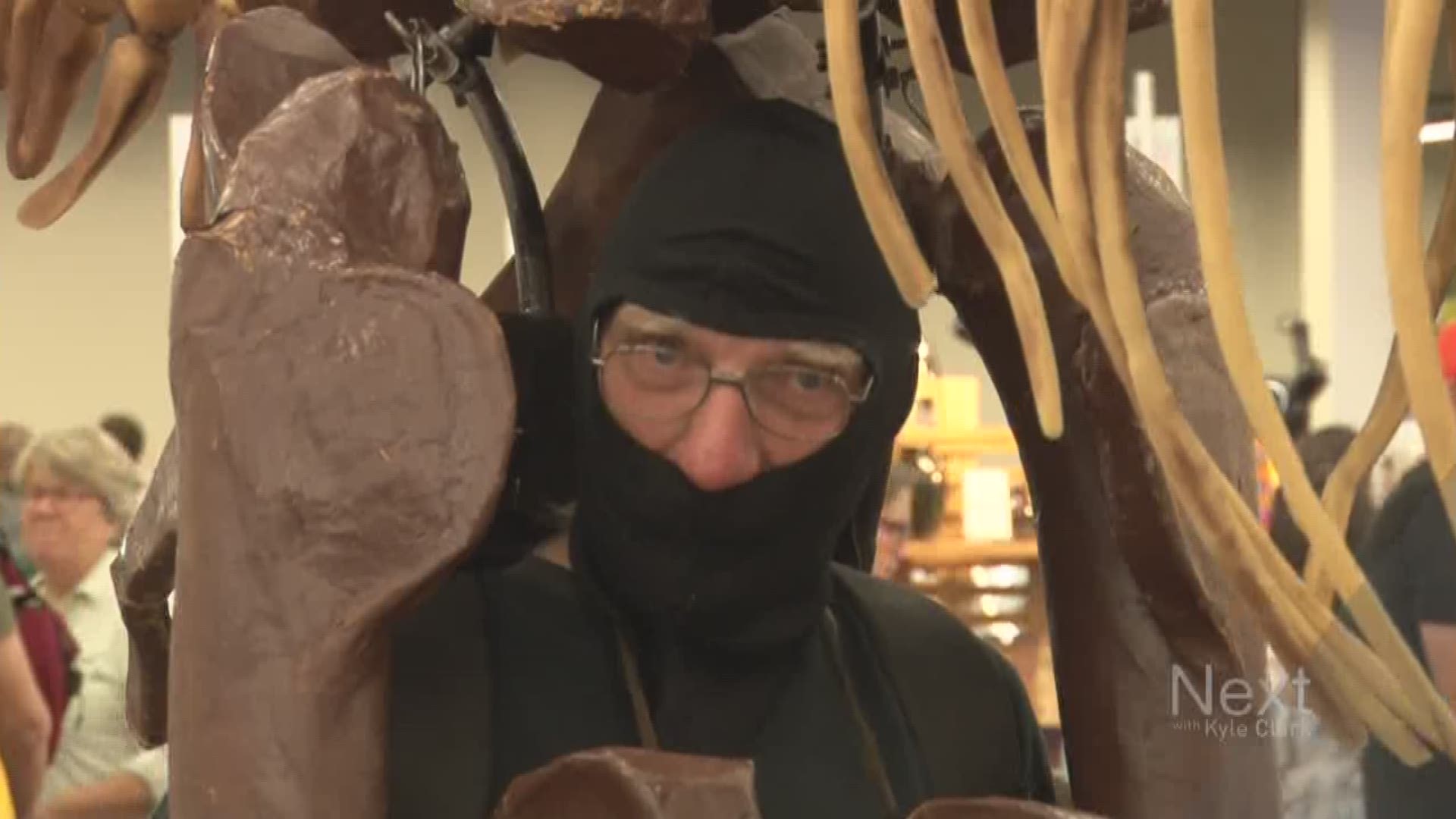 DENVER – If you obsesses over obsidian or love leadhillite, you may want to stop by the Denver Merchandise Mart this weekend for the 49th annual Denver Gem and Mineral Show.

“It’s exciting, sure!” Said publicity director, Gloria Staebler, with a big smile. “We look forward to it every year!”

Friday morning, the exhibit hall was filled with collectors, dealers, scientists, paleontologists and a man wearing a T-Rex suit.

“I am a paleo puppeteer,” said Tim Seeber, who also goes by “Mr. Bones.”

At the gem and mineral show, Mr. Bones digs the fossils most of all.

“Because of my puppets, I got hooked on paleontology,” Mr. Bones said. “[I] got trained through the Denver Museum of Nature and Science as an amateur paleontologist.”

If not the bones, the gems and rocks throughout the exhibit hall will knock your socks off. Ask a mining engineer like Henry Schmidt and he’ll point you to some ridiculous rhodochrosite.

C’mon everyone knows that, right?

“Rock collectors do!” Schmidt said with a chuckle.

If you’re a Coloradan and have never seen rhodochrosite up close, the Denver Gem and Mineral Show is the place to go. You can also learn a thing or two about rocks from experts like Henry Schmidt.

Of course, paleo puppeteering doesn’t seem like a bad gig either.

“So much food, so little time,” said Mr. Bones, maneuvering his T-Rex head over a crowd of giggling children.

The Denver Gem and Mineral Show is the one of the biggest of its kind in the United States, second only to the show in Tucson, Arizona.

The theme of Denver’s show is “Minerals in Africa,” and it runs through Sunday.