Instead of arguing politics with strangers behind a keyboard, why not do it at the dinner table? 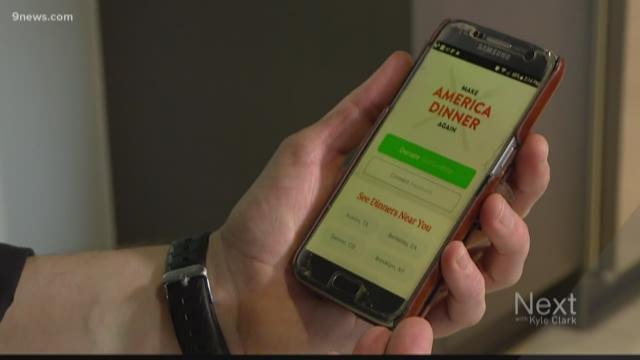 Instead of arguing politics with strangers behind a keyboard, why not do it at the dinner table?

That’s the concept behind Make America Dinner Again, a national movement coming to Denver next month. The goal is to get people to talk and listen to each other.

“The organization Make America Dinner Again is just a way of connecting people of differing political viewpoints, to get them together to have discourse over a meal,” explained Andrew Curtis Forlines.

Forlines is a comedian and chef in Denver. He’s hosting the February 16 event at the Secular Hub.

“We’re going to have five tables of eight people,” Forlines said. “It’s not just conservatives and liberals. We’re also looking to find people that are socialist, communist – any kind of belief.”

A couple of friends in San Francisco started Make America Dinner Again after the 2016 election. The MADA website says the friends felt “disheartened by the often polarizing and vilifying language” used during and after the election.

Forlines applied for the job of playing host for the Denver version of MADA.

“I think everybody’s going to just be civil and discuss their differences,” Forlines said. “If nothing else, it’s going to be some good food.”

Forlines said at least 70 people had already signed up for the 40 spots. He said decisions on the participants would be made in the next couple weeks.