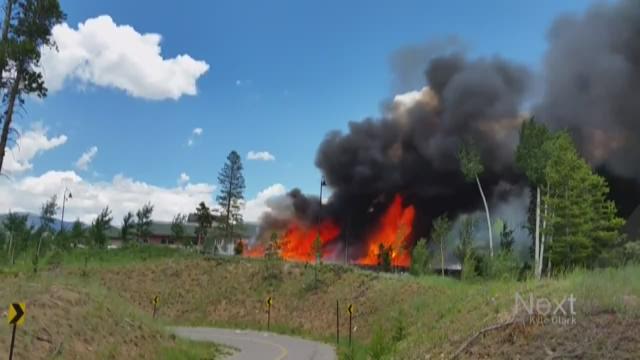 KUSA – A 2014 crash of a medical helicopter in New Mexico didn’t kill or seriously injure anyone, but it sure did frighten pilots across the United States.

One of those pilots was Patrick Mahany of Colorado.

Newly released documents suggest the Vietnam War veteran was well versed in what went wrong with the Airbus AS-350B3e shortly after takeoff from the University of New Mexico Hospital’s helipad. “This will kill you,” a Flight for Life nurse recalled Mahany telling his Colorado crews.

Less than a year later, Mahany was dead. Federal investigators strongly suspect whatever happened to the New Mexico helicopter played a significant role in the July 3, 2015, Flight for Life crash in Frisco, Colorado.

“As soon as you lift off, and that aircraft starts to spin, it’s almost impossible for a pilot to control in that situation,” said former NTSB investigator and 9NEWS aviation analyst Greg Feith.

“At slow speeds or at liftoff, the aircraft wants to spin,” he said.

For some reason, the manufacturer of the AS-350 B3e decided not to include a warning light for pilots on the caution panel indicating a lack of hydraulic assistance to the tail rotor.

After the New Mexico crash, Airbus issued a Safety Bulletin offering operators a fix for the problem at a cost of roughly $7000.

Few operators took Airbus up on the offer.

“The Federal Aviation Administration doesn’t say the operator of a helicopter must comply with that Service Bulletin,” explained Feith. “And because it’s not required by the FAA, it becomes voluntary for the aircraft owner/operator.”

During an interview with the NTSB, a nurse manager with Flight for Life recalled Mahany telling “everyone they had to pay attention to it.”

It’s still not clear if Mahany flipped a switch to restore hydraulic assistance to the tail rotor before takeoff. A massive fire after impact left investigators unable to tell if the switch had been flipped, but the helicopter itself does not appear to have been equipped with the retrofit offered by Airbus.

That means he would not have had a light indicating any problem.

Clearly, investigators are concentrating on this issue as they try to come to a conclusion about the cause of the crash. A final report is not due until sometime next year. 9Wants to Know has reported extensively on the fire that broke out after the Flight for Life helicopter hit the ground.

While the helicopter itself was only a few years old, the fuel system onboard needed only to pass federal standards that were in place when the FAA certified the model in 1977.

Members of Colorado’s Congressional delegation have introduced legislation to compel manufacturers to include crashworthy fuel systems on all helicopters built from now on.