Inside the world of fencing: How you can try it out yourself

Fencing is one of the original and oldest Olympic sports. 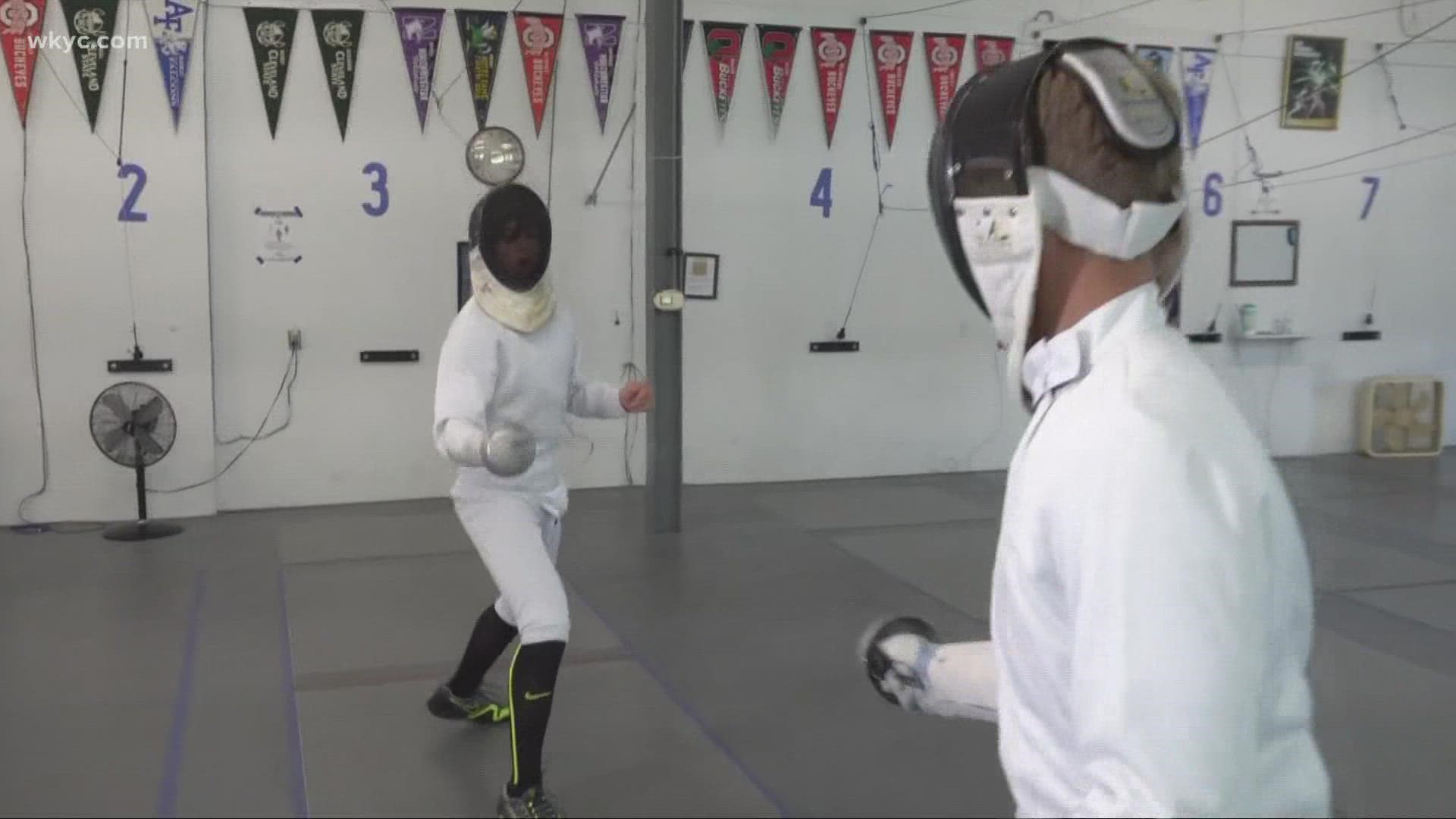 NORTH ROYALTON, Ohio — Have you ever watched the Olympics and thought to yourself, "I could do that!" Well, you can take a crack at a classic Olympic sport - fencing!

Hooked on Fencing in North Royalton has been teaching classes since 2000, even sending athletes to the Paralympics.

How did this sword-wielding sport get started? Its origins actually date back centuries.

"It's history is the same history as sword fighting," said coach, Nick Arlington. "Just like people used to dual we are doing that today but safely."

There are three different weapons used in fencing: Foil, Epee and Sabre. Each weapon is used in a different event, according to USA Fencing.

USA Fencing says, the Foil is a sword "formally used by nobility to train for duels." The weapon itself is long and flexible, about 35 inches long and very light, weighing less than one pound.

The Epee, according to USA Fencing, is freestyle, a "descendant of the dueling sword." It's about the same length as the Foil but heavier and has a larger guard to protect the hand.

Finally, the Saber is "the modern version of the slashing cavalry sword," according to USA Fencing. It's about the same length and weight as the Foil, but is more of a slashing weapon.

To learn fencing yourself, you can schedule a lesson with Hooked on Fencing located in North Royalton.

EDITOR'S NOTE: Watch Cleveland native Lee Kiefer after she made history with her gold-medal fencing win in the player below.