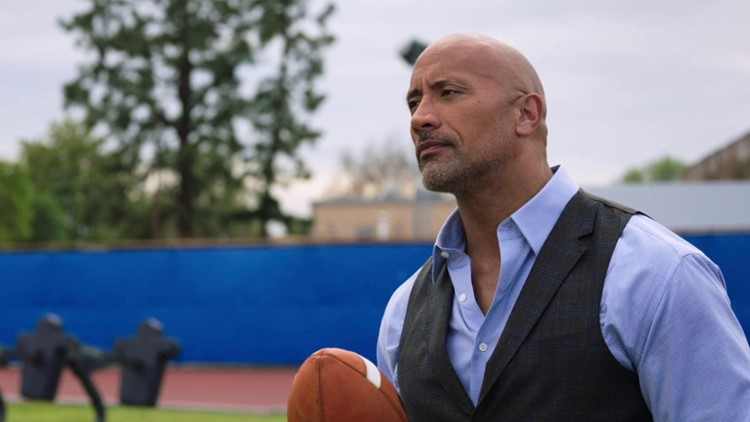 What you should be watching, and where to find it

ST. LOUIS — Good afternoon, folks. With the summer humidity making its final rounds of torture, it's always a good idea to know that you can stay home and enjoy some fine entertainment on your couch.

Let me help you with that here. I'm not a professional, but I watch too much television, so I'd say that's close enough.

If you miss Entourage and like the gritty background and off-the-field drama of pro sports, watch this HBO delight. I wouldn't call it a comedy, even if the network puts it in that category, but the half-hour series hits hard when it comes to the financial, political, and egotistical aspect of the NFL. Dwayne "The Rock" Johnson, who logged serious man hours as a defensive tackle at The University of Miami, blends his real life past and movie star to give the performance of a lifetime as Spencer Strasmore, a retired NFL star who transfers into the business side of the sport.

Mark Wahlberg and Stephen Levinson (the pair who produced Entourage) enlighten you while making you jealous of the women, cars, various toys, and money that is thrown around. John David Washington, seen killing it in last year's BlacKkKlansman, has a great turn as a fading wide receiver, and Rob Corddry is excellent as Strasmore's right hand man, Joe. Ballers won't lose you in the X & O's, but it won't hold a punch with the cost of the sport, before and after retirement. It's currently in its fifth and final season.

Marriage and adultery run together like water and oil, and on this series, the repercussions of one marital transgression extends its dirty hands over the entire scope of the show. Dominic West and Maura Tierney are award-worthy as Noah and Helen, a couple with four kids in upstate New York, who take a family vacation to Montauk, where Noah meets and falls in love with a waitress, Alison (Ruth Wilson). This is the first domino that is kicked over, with Alison's husband (Joshua Jackson, also superb) getting involved.

The show is told from multiple point of views, often dividing an episode up into Noah's perspective, Helen's view, and so on. It can be a little unsettling at times because you never know who exactly is being truthful, but then again, that's the point. Life is messy, and when you mess up, the windshield only gets more muddled.

The acting carries the fractured tales, and it seems like every season, somebody else brings it. Tierney cuts a vicious depth as a woman scorned and torn, trying to find herself while her husband breaks off down a different path. The honesty in the performances makes the show tick.

It's currently in its fifth and final season.

If you miss Game of Thrones, try out this wickedly abrasive drama. Let's just say if GOT took place in 2019 with a hugely successful-and self-deteriorating-global media empire, this would be it.

Brian Cox heads an elite cast of character actors (aka actors you know by face and not by name) as Logan Roy, the CEO of Waystar, who is starting to feel the pressure of his children and competitors bite at his feet as he declines in health. Jeremy Strong, Sarah Snook, and Rory Culkin are the primary children grasping for control of daddy's company, tearing each other new ones and being as vindictive as possible.

If you ever pictured a Trump family dinner, this may be close to it. Everyone has a secret vendetta to take over, and they also have no idea what they are doing. The corporate insider language can be a headache at times, but like Showtime's Billions, that's not the point. Pay attention to the interactions between the family members, who love and hate each other at the same time. Power is a real and deadly thing, especially in this world.

It's currently in its second season, and a third season has been ordered.

Here's the thing about great comedians. They don't care what you think. If they have something to say, it's coming out no matter who gets offended. Chappelle, one of the funniest comedians working today, doesn't care if you hate his stuff. He doesn't care if you are disturbed by his defense of Michael Jackson, because it's his thoughts and jokes. He is here to tell you how it is, just like George Carlin and Richard Pryor did.

Calling Chappelle old school only tells half the story. He was offered a boatload of money by Netflix to spin 80 minutes of material, and he didn't waste any time in taking a big swing at the uncomfortable and vulnerabilities of public perception. Will it make you mad? Yes. Will you laugh or try hard not to? Yes. It's true comedy, the sort of humor that gets squeezed out of comedians due to a flurry of social media posts or fear of being recognized as an army of one.

I laughed out loud a lot. Give it a shot.

IF you must go out, Peanut Butter Falcon (in theaters)

I said it once. I'll say it again. Everyone can find some meaning in Tyler Nilsson and Michael Schwartz's genuine and heartfelt road trip tale starring a never-better Shia LaBeouf and newcomer Zack Gottsagen. They are Tyler and Zak, a drifter and a young man with Down Syndrome trying to find a wrestling academy, who become friends and find adventure on the road. I laughed, cried, and just took the entire 93 minutes in ... three times. That's right, I saw it three times. Go find out why critics and audiences are going nuts over this film. It's legit greatness, because it's well done and makes you feel all of its virtues.

*Inject that Joker trailer into my veins. Joaquin Phoenix is going to be blow your mind.

*I haven't watched Mindhunter's second season yet, but I'm so glad to hear Holt McCallany, one of my favorites, is killing it as Bill Tench. Also, happy 56th birthday, Holt.

*Please stop remaking EVERY movie and show. Thanks.

*Go find out what Anthony and Joe Russo are producing next. Let's just say it's a Lebanese version of Peter Berg's The Kingdom.

*HBO's Westworld is a show I like, but do not love.

RELATED: Opinion | Why Todd Phillips and Joaquin Phoenix's 'Joker' is a meditation on the effects of bullying

RELATED: Review | Why 'The Peanut Butter Falcon' is a tremendous journey into the human spirit