Steamboat Springs is preparing to launch a record-setting firework that will weigh 2,400 pounds and measure more than 26 feet long. 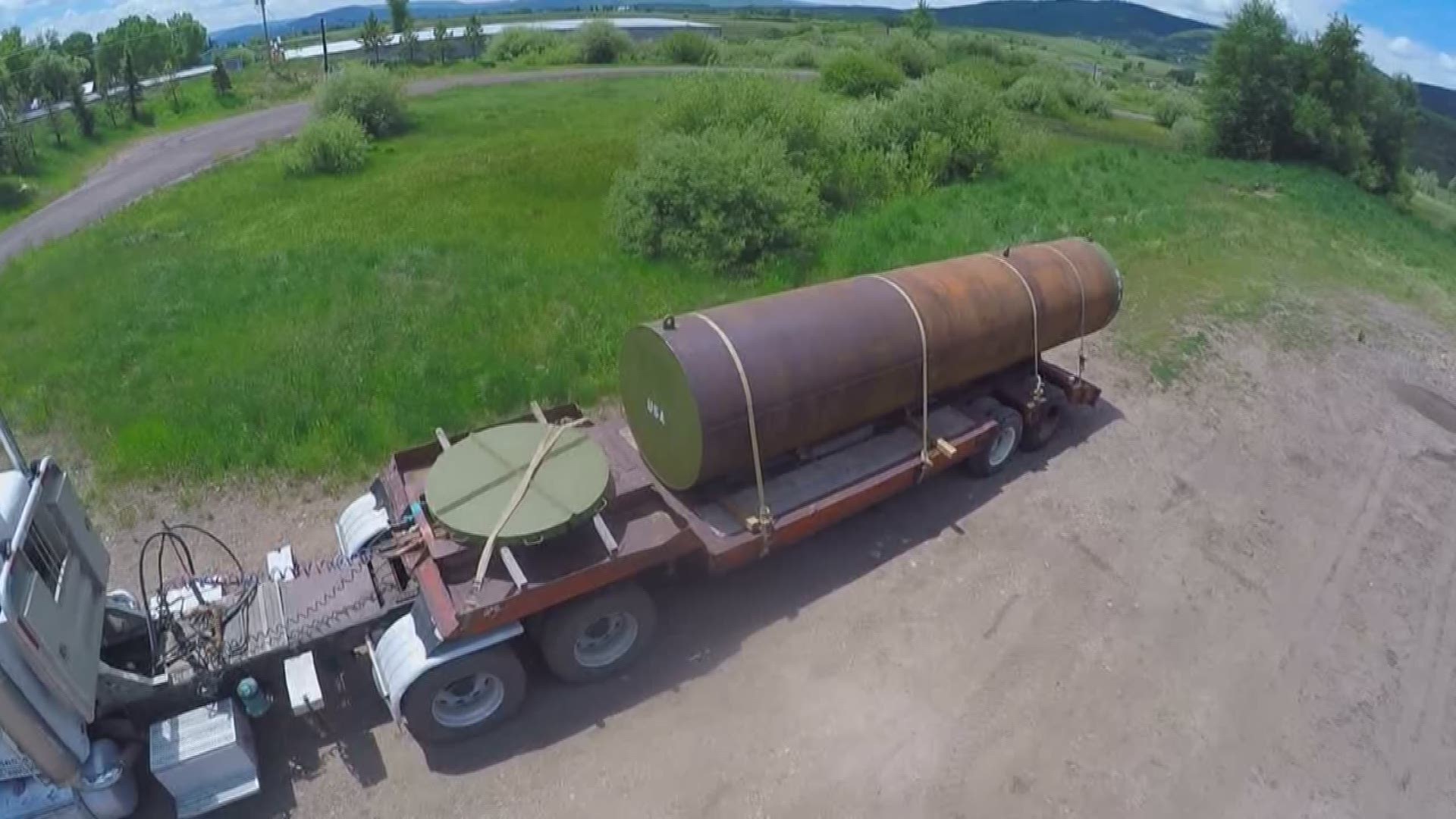 STEAMBOAT SPRINGS - Most people think of Steamboat Springs as a great ski town, but Tim Borden said he hopes that his fireworks shows will give his town some extra pop.

“When people talk to me about fireworks I can go on forever,” Borden said.

His office walls are covered with pictures showing years of fireworks shows he’s helped organize over the years. He's put on some of the best fireworks shows in Colorado each 4th of July. Now he and his team are lighting the fuse on a wild plan that’s never been tried.

The idea is to launch the world's biggest firework ever. They'll send up a 62 inch shell at 300 miles an hour that weighs more than 2,400 pounds. If all goes well it will sail nearly a mile in the air with a display just under a mile wide.

“As my neighbors have asked where’s the best place to watch this and I saw in the city limits of Steamboat Springs,” said Borden.

Last year Borden sent up a 48-inch shell they think is a North American record. Now Borden is going for a World Record.

“I’ve entered into a contract with the Guinness Book of World Records,” said Borden.

He’s already custom built a massive 26-foot-long 2-inch-thick steel launch tube that will be dropped into a hole on top of Howelsen Hill for a launch he knows will not be easy.

“You have to put enough explosive under the firework in the mortar to get it into the air without destroying it,” said Borden.

The attempt will be in February during Steamboat's Winter Carnival when snow is on the ground and fire danger isn’t a concern.

“Ski Town USA to be home of the World’s largest firework for at least some period of time,” said Borden.