Carter Egerter was diagnosed with acute lymphoblastic leukemia in January 2017. 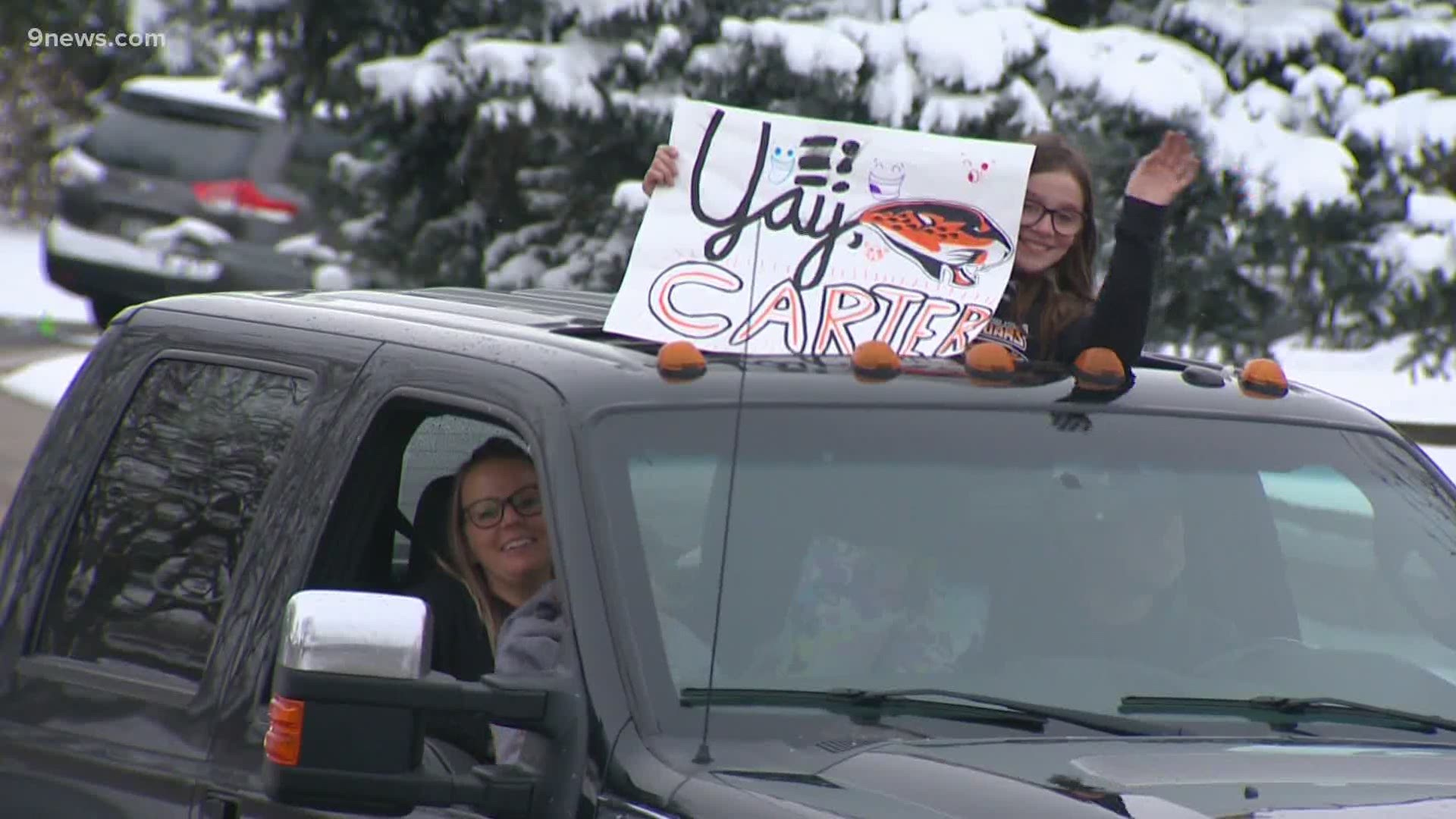 BROOMFIELD, Colo. — By this point, people across the U.S. are familiar with drive-by parades.

We've often seen them making their way through neighborhoods as a way to celebrate a person's birthday. But mostly, they've become part of the good news we look for between the uncomfortable headlines.

These parades are made so much sweeter when they are deployed to highlight somebody else's good news -- like Carter Egerter in Broomfield.

The 8-year-old boy never suspected the dozens of cars waiting around the block ready to pass his home Monday evening. Meanwhile, the people inside those vehicles couldn't wait any longer to celebrate Carter's victory of his cancer.

Carter was diagnosed with acute lymphoblastic leukemia in January 2017.

"It was so scary," said Bobbi Moore, Carter's grandma. "We went through so many things with him."

"So many things" include 1,168 days of chemo. Those were just one obstacle Carter's mom, Cassie Egerter, knew they could overcome "just one day at a time."

"I’m kind of shocked it’s here and happy," Cassie Egerter said about Carter's last day of chemo treatment. "I don’t think it’s really settled in that much though. I think we’re all just kind of still in awe that it’s all over."

The honks as people drove by and the homemade signs they hung out their windows helped Cassie Egerter realize her son's victory was real. Her smile spread wide as laughter escaped her mouth as she waved to each car.

Each vehicle was filled with different people who witnessed Carter's recovery and loved him through it: family, his friends from school and people he met through his hockey league.

Some of the University of Northern Colorado's hockey team also joined the parade. Carter's family said he was their biggest fan.

Everyone may have showed up to surprise Carter, but it was Carter who gave them the best present when swallowed his last chemo pill in front of them. Cheers quickly erupted.

Carter's family said he'll ring the ceremonial bell to symbolize the end of his cancer treatment once it's safe.

But first, Carter wanted to celebrate with some cheese enchiladas and quesadillas.