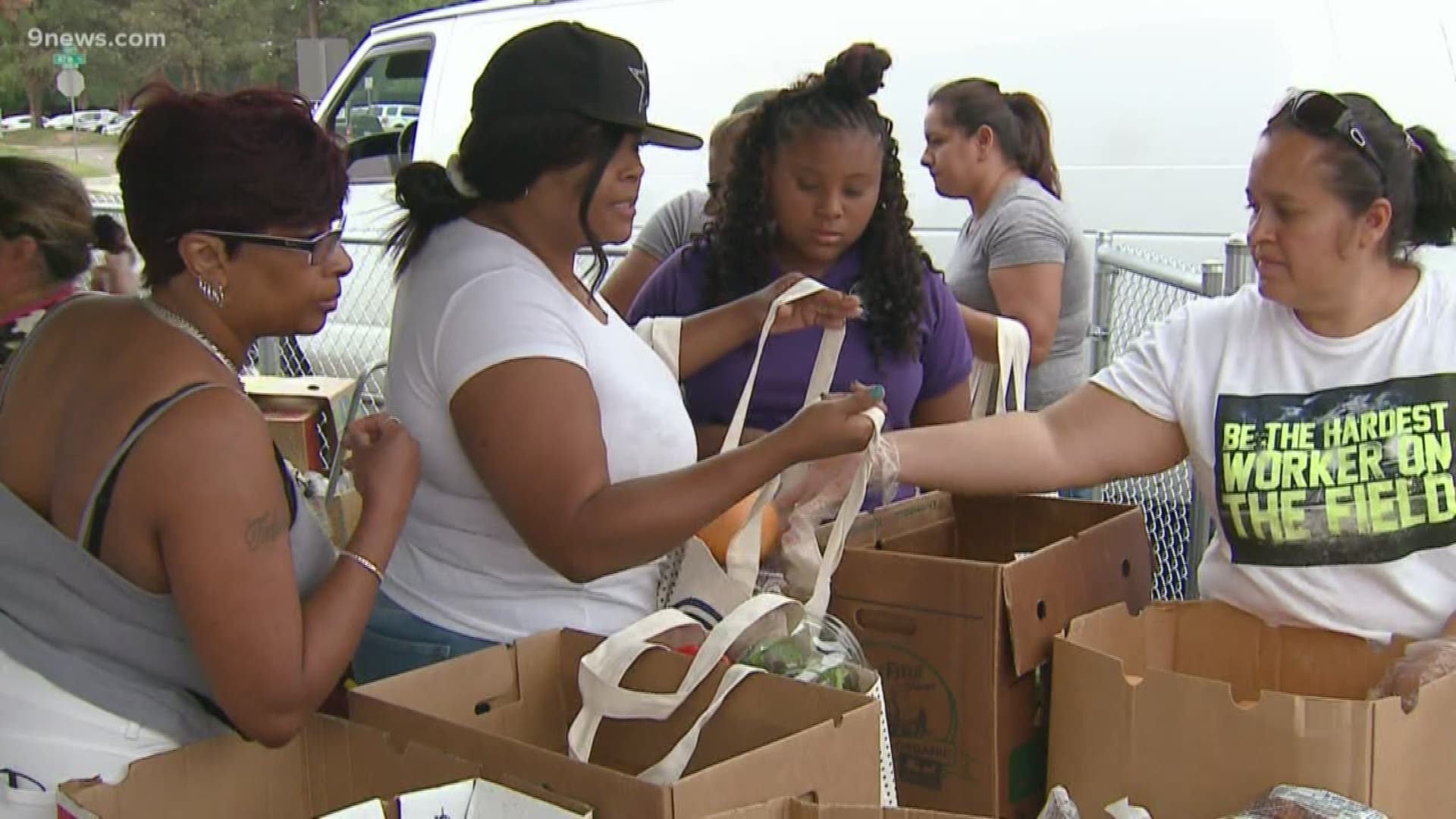 DENVER — On Montbello’s main drag, Peoria Street, you’ll find dozens of fast food restaurants. What you won’t find is a grocery store. For 4 miles. The next one is nearly 8 miles away.

So community advocates have been making progress on an ambitious plan to open an independent, community-owned grocery store to bring healthy options back to residents.

Four years ago, a Safeway located in Montbello closed its doors. Now, some who live in the neighborhood said the Family Dollar on Peoria is one of Montbello’s best options for groceries.

“For folks that live nearby, they live in apartments and don’t have access to cars," Angelle Fouther, the vice president of the Montbello Organizing Committee (MOC) said. "And so it’s a quick fix and that’s what they end up feeding their families. It’s something, but it’s not enough."

A group of concerned neighbors formed the MOC in 2014, dedicating themselves to getting healthy options to their community of 35,000.

“One out of two children in the community experiences food insecurity. They may only get one or two meals a day based on their family’s eligibility for free and reduced lunches,” Exec. Director of Montbello Organizing Committee Donna Garnett added.

The MOC is working on bringing a full-fledged grocery store back to their community.

The group recently won a $650,000 bid for a former RTD Park-N-Ride location. After one more round of environmental testing, the land will officially be theirs.

They are currently appealing to private investors and applying for tax credits and government grants to get the store built. They said they are estimating they will need about $30 million.

When the site is complete, it will not only be a grocery store, but also a cultural hub - including a theater, classrooms and 120 units of affordable housing.