Are there more warm weather species of penguins, or cold weather?

The Black-Footed Penguin lives on about 24 coastal islands off southern Africa between Namibia and Port Elizabeth Africa. 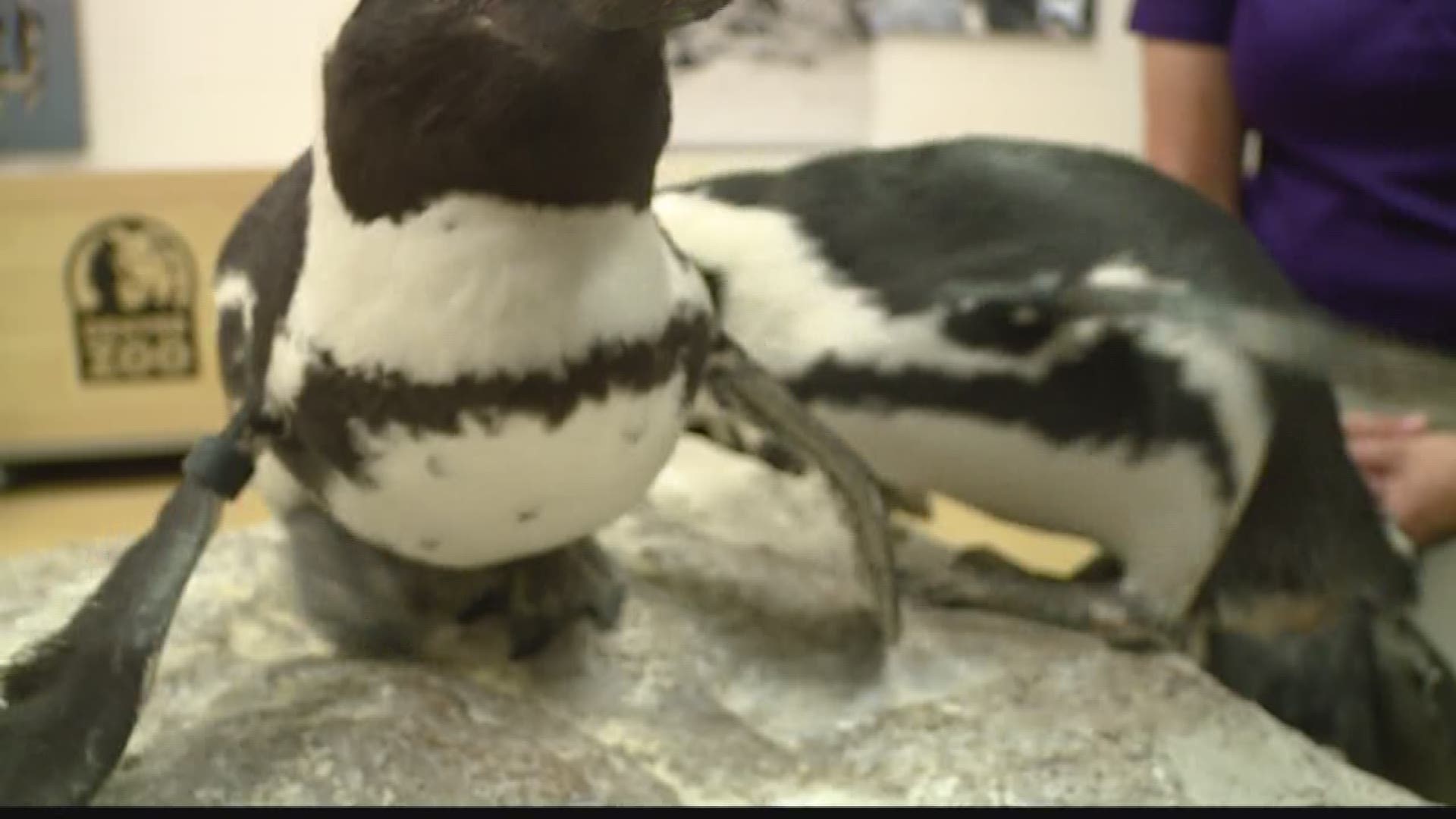 When I went out to the Denver Zoo to talk with some penguin experts, I was surprised to learn that more species of penguins live in warm climates instead of colder climates.

I don't know if it's because of the movies I've watched with my kids, but I've always associated penguins with the Arctic.

The African Black-Footed Penguin needs to be in temperatures above 20 degrees, which means the Denver Zoo takes steps during our cold winter months to keep them healthy.

The Black-Footed Penguin lives on about 24 coastal islands off southern Africa between Namibia and Port Elizabeth Africa.

The temperature in that region can vary between the low 40s and low 90s. It's a climate that is somewhat similar to our own in Colorado. We just get a little colder and have much better chances for snow.

The species is one of 18 that live around the world. If you are like me, then you are very familiar with the cold weather penguins that live in the Arctic. But believe it or not, 14 species of penguins live in temperate, or warm, climates. Only four species are cold.

Stephanie Hollister, a bird keeper at the Denver Zoo says the African Penguin has some distinct features that allow it to thrive in a warmer climate.

For example, these penguins can't be underwater for long periods of time, like the cold weather penguins. Penguins found in the Arctic must be able to dive deep under large expanses of ice.

These penguins also have a layer of fat, just like the cold weather penguins, but it's not as thick. This allows them to live on land where it tends to be warmer.

However, they are also covered in tightly woven feathers that act like a wetsuit. The combination of feathers and fat allows the African Penguin to swim in the really cold currents that come from the deep ocean bottom.

At the Denver Zoo, the African Black-Footed Penguin will be outside on cold days. However, it does depend on the temperature. Hollister says they manage their penguins to keep them comfortable and don't allow them out if the temperature drops below 20 degrees.

In the winter, zookeepers have to shovel snow in the exhibit to keep it away from the penguins' feet.

The African Penguins are not well adapted to walking around on snow and ice, and the excessive cold could cause frostbite. Keepers also have to pay close attention to the outdoor pool. The water in the pool will freeze up during a cold spell in Colorado's winter.

When that happens, keepers must go out and chip the ice off the pool before allowing the penguins outside. Hollister said this is really important for African Penguins who could get trapped under the ice if it's out there.

You may also find a few extra large African Penguins missing some feathers at the Denver Zoo when you visit. That's because they are molting! Every year these penguins will molt their feathers in a two-week long process.

Before they molt the African Penguin will start eating a lot of food, putting on extra fat. In the wild, these penguins will return to the land for the molting process. When they lose their feathers they no longer have that extra layer of protection from the cold ocean currents.

This means they can't swim and hunt for food, so the extra layer of fat becomes their body's energy source. Once their new feathers have grown in, the birds will return to the cold waters for fish.