Last year the library sponsored a tour of Aurora's craft breweries. It had growlers made as prizes for people who took the tour. 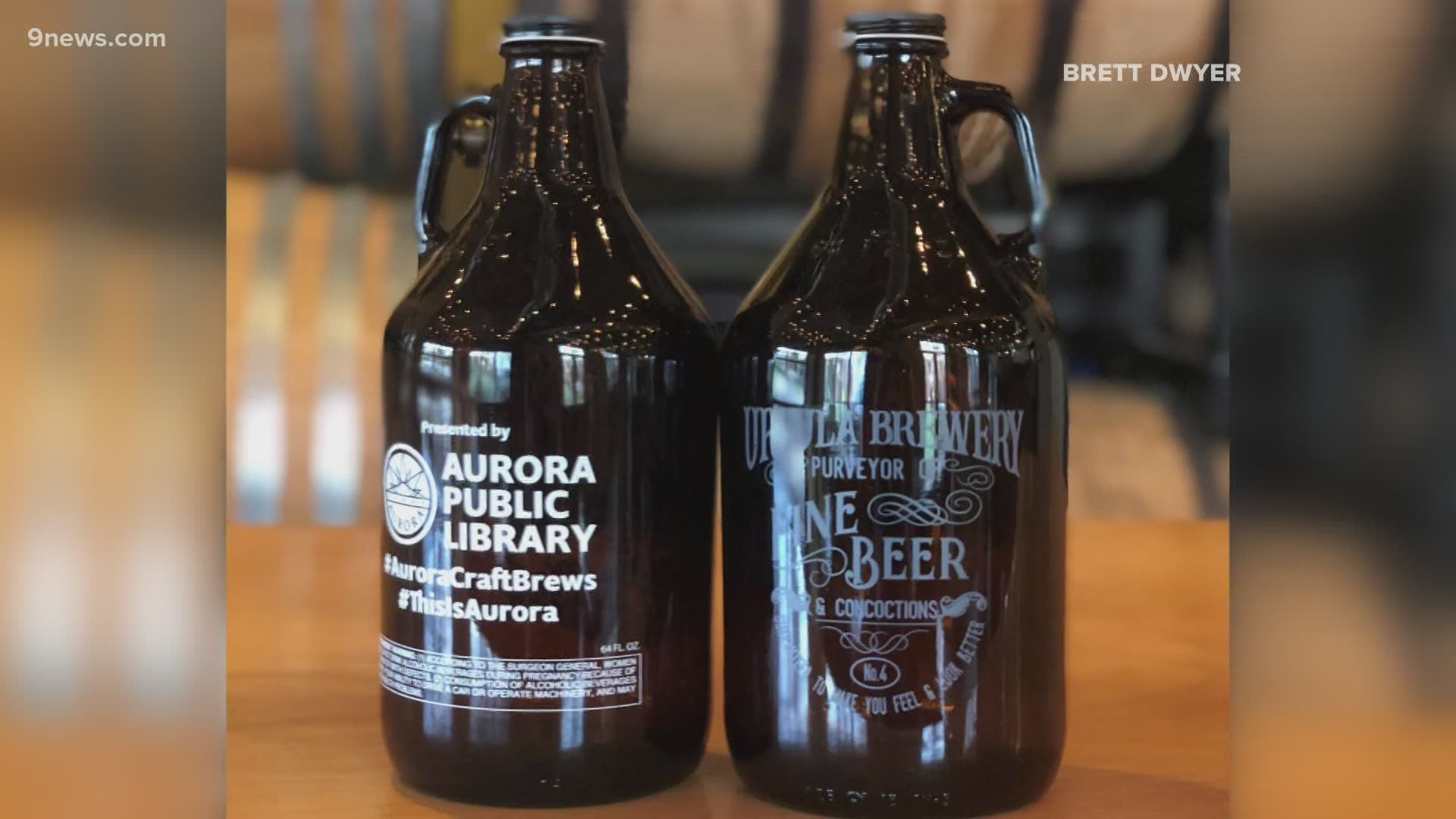 AURORA, Colo. — Breweries in Colorado continue to navigate this strange landscape, and many of them are offering their beer for curbside pickup.

But Ursula Brewery in Aurora ran into a different problem – it started running out of growlers. The brewery's supplier is on a 3-month backorder.

Ursula Brewery turned to the Aurora Public Library, an unlikely of places for help.

Ursula's head brewer Brett Dwyer said owner Scott Procup came by to pick up some beer with an Aurora Library growler and then the light bulb clicked.

"I called up the Aurora library," Procup said, "and because they can't do their Aurora beer tour this summer, they have plenty of growlers and they donated to us. And we're going to give some of the proceeds back to them ... "

Last year the library sponsored a tour of Aurora's craft breweries. It had growlers made as prizes for people who took the tour.

The library said the growlers were purchased through a donation from the Friends of the Aurora Library.

RELATED: Loss of sales amidst pandemic could force some breweries to close