Avon man bikes the vertical elevation of Mt. Everest in one day

Cyclists complete the Everesting Challenge by biking up and down the same hill until they reach 29,029 ft. 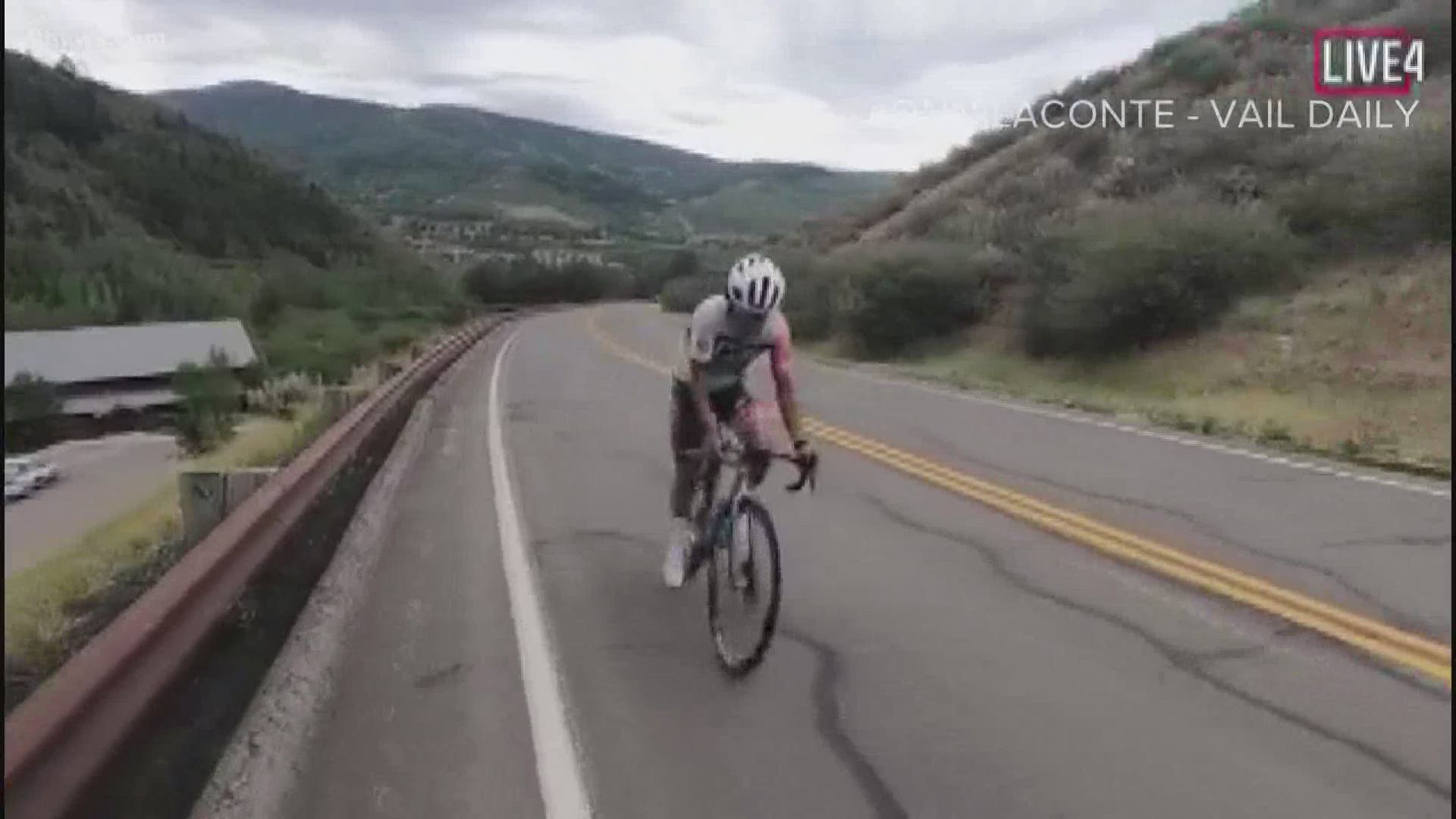 AVON, Colo. — Why travel to Mt. Everest when you can get the same vert anywhere in the world? It's called the Everesting Challenge. And a man in Avon has become the latest person to conquer it.

"It's the first time I did it. And probably the only time I'll do it," Cristhian Ravelo said with a laugh as he recalled the grueling ride. "Afterwards physically, I was the most sore I've ever been after a ride."

The challenge is both physical and mental. Cyclists bike up and down one hill until they get to 29,029 ft. The height of Mt. Everest.

"I race professionally and our season has been canceled because of the pandemic," Ravelo explained. "We thought we might race in August but with the state of the world right now, we realized that wasn't going to happen. I decided I needed to create my own event and it seemed like a good challenge."

RELATED: As COVID-19 pandemic rolls on, bicycle business in Colorado is booming

Ravelo trained and planned for his trek to begin Saturday morning. The forecast showed rain. So he left the demanding expedition up to chance.

"I got up the morning of, grabbed quarter, and flipped a coin," Ravelo said. "Heads I was gonna ride and it landed on heads. Thankfully the weather held."

He ended up biking 127 miles up and down Buck Creek Road in Avon. That's about 70 laps on one steep road.

RELATED: Pack a picnic and grab your bike for this city adventure

Ravelo said the first half of the demanding expedition felt good. Hour 8 and 9 were when things got tough. He admitted he underestimated the effort to complete the Everesting Challenge.

It took Ravelo 11 hours and 21 minutes to complete the challenge. His family and friends were there to cheer him on. But he took a moment alone when he finished.

"When I got to the top, I finished by myself and I stopped," Ravelo recalled. "I took a moment to myself to recognize the insanity of the whole ride. I think after I've done I appreciate it a lot more, respect it a lot more, and proud I was able to do it."

It was an incredible feat on its own but Ravelo wanted to do more.

"At first it was just for me then I realized I could make it into a fundraiser," Ravelo explained. "It gave me motivation to train harder for this."

Ravelo grew up in Avon and always had access to the outdoors. He wanted to make sure children of all backgrounds get the same experience. Ravelo set a goal to raise $2,000 for The Chris Anthony Youth Initiative Project. The organization helps underprivileged kids recreate in the outdoors.

"Some of these kids don't truly understand where they live, which is one of the best places to ski in the world," Ravelo said. "More often than not, I think, it's obviously underprivileged kids. So it's a lot of minority groups. I'm Colombian and Hispanic and can obviously relate to that as well."

Ravelo's GoFundMe link will be live through the end of July.