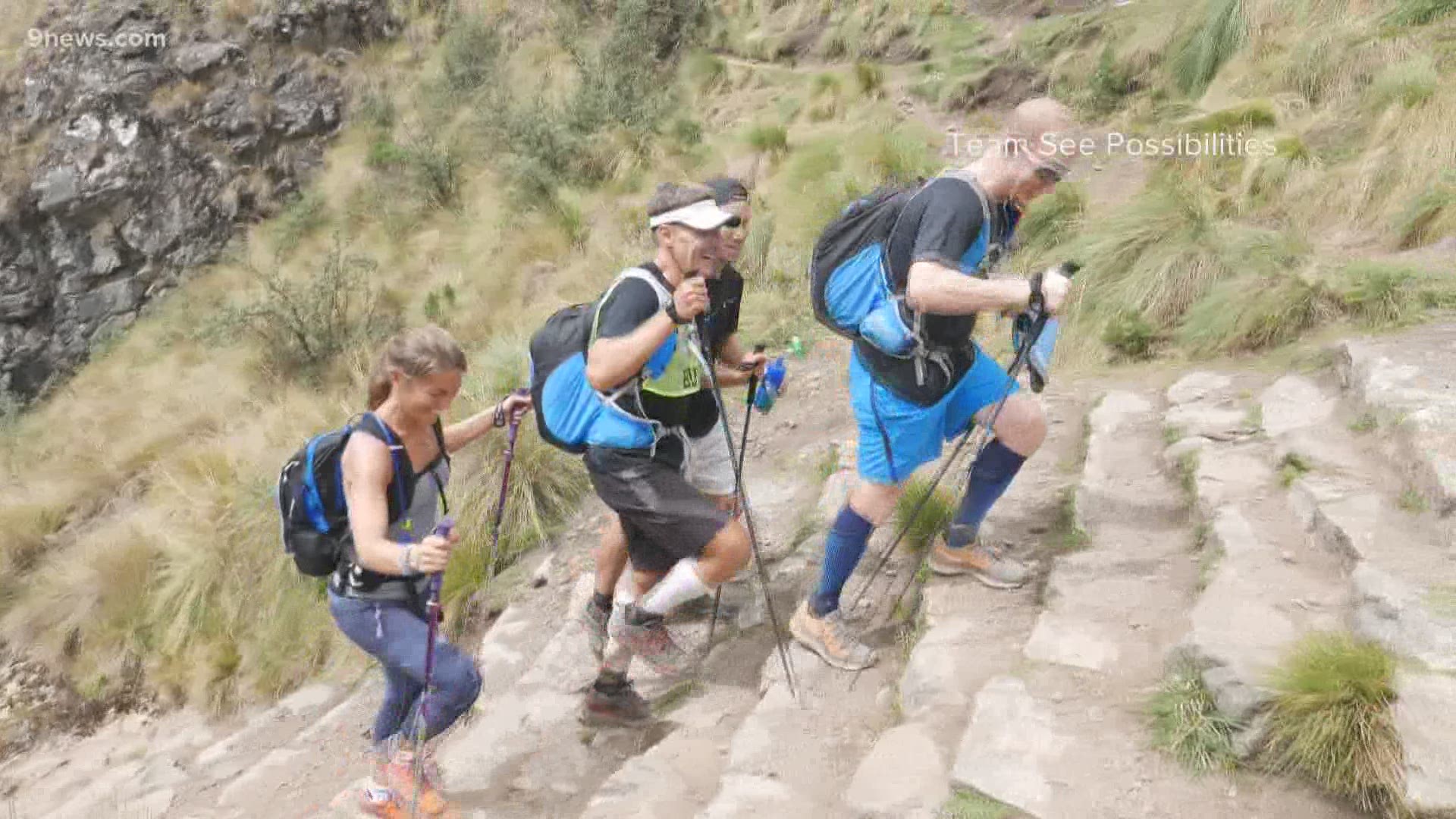 FORT COLLINS, Colo. — Running can be a lonely sport, but that's never the case for Dan Berlin because when the Fort Collins endurance athlete runs, he needs someone else to be his eyes.

"A few bigger rocks on the ground, and then turning back to the left a little," said Taylor Stoudnar, as she guides Berlin, who is legally blind, on a gravel trail.

Stoudnar works for Berlin, and since she was already a trail runner, Berlin helped teach her how to guide him on runs so they could run together.

She runs ahead of him and talks through what Berlin will encounter that he can't see.

"I try to be more specific as I go along like 6-inch rock or fist size or gravel," she said. "Just being more specific helps him picture what is around more and helps him feel the ground better."

Berlin began running when he came to Colorado and felt overwhelmed by his disability.

Running showed him just how much more ability he had.

“And I found the more I took this on it was easy to just put one foot in front of the other and it just kept coming," said Berlin.

He'll keep putting one foot in front of the other next week as he attempts to be the first blind athlete to run the 93-mile Wonderland Trail in Washington in three days around Mount Rainier.

It's an adventure that will help raise money for Berlin's non-profit, Team See Possibilities. Every year they give out $100,000 in scholarships to blind college students.

Berlin will have two guides, his friends Brad Graff and Charles Scott.

"So what we figured out is it’s likely going to be really painful, we’re gonna have a lot of discomfort but we’re probably not going to die," said Graff.

Berlin estimates it's about 9,000 climbing of feet a day, and 28,000 for the entire circle around Mt. Rainier.

“It’s also significantly intimidating because there’s some fantastic blind athletes out there and the fact that no one else has ever done it before does create a little anxiety," said Berlin.

“Celebrating ability is what Dan is doing," said Scott.

The point of these crazy adventures is to make others see that ability in themselves when the hurdles seem too hard to overcome.