A stray dog named Shep befriended toll attendants working on US 36 in the 1950s. On Tuesday, the city gave a new bridge an old name: Shep's Crossing. 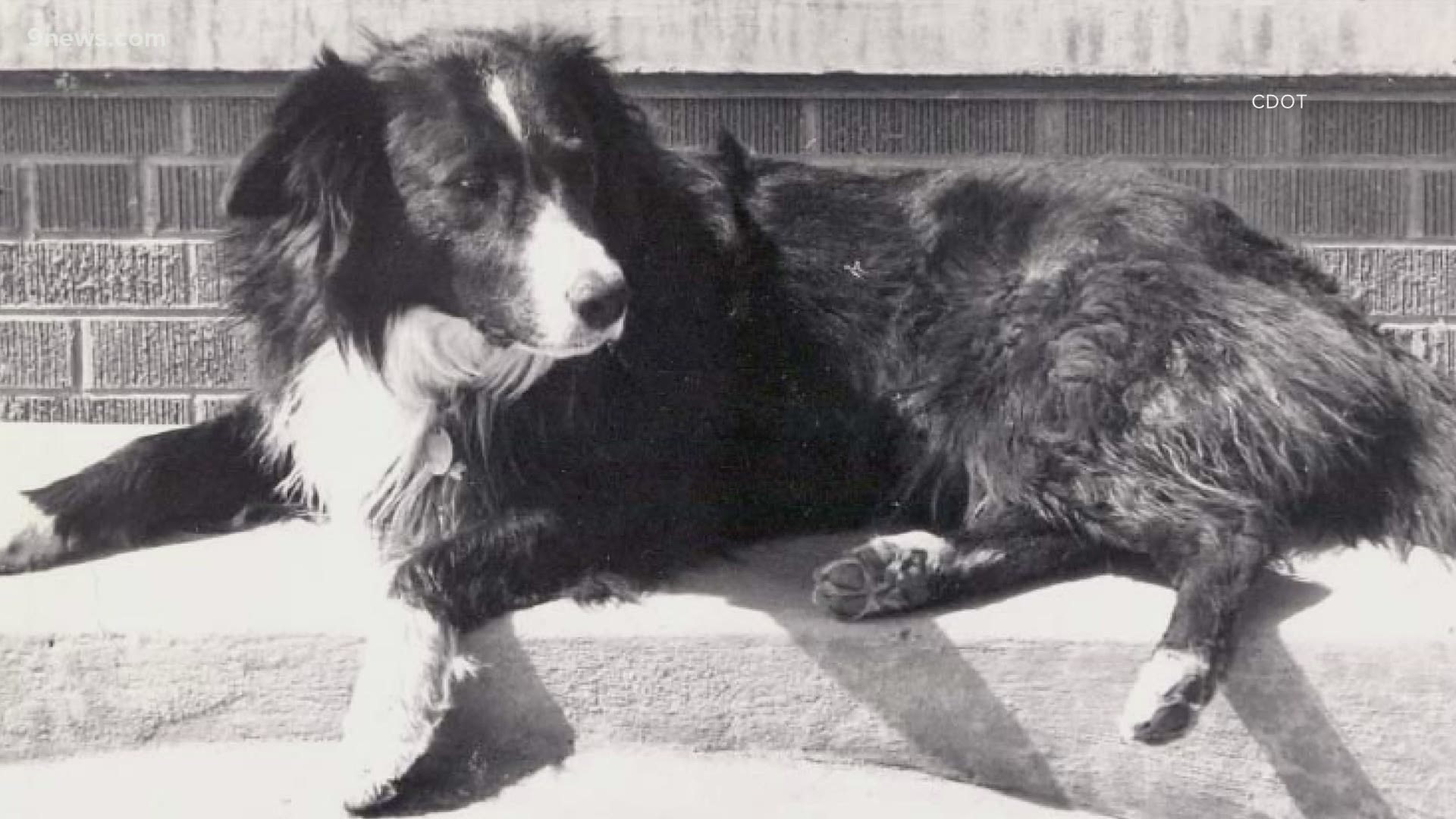 BROOMFIELD, Colo. — A pedestrian bridge in Broomfield does more than connect people from one side to the other. It also provides a link to the past.

"It's just a story that keeps getting passed down," said Terra Lenihan, who serves on the city's Open Space and Trails Advisory Committee.

In August 2020, the city installed a pedestrian bridge near US 36 between West Midway Boulevard and Industrial Lane.

“When this bridge finally went in, we were just so excited," Lenihan said. “It’s a way to help get us you know over the train tracks and to that side of town.”

Lenihan said she thought the new bridge was well-suited for an old name.

“I came up with the name 'Shep’s Crossing' after our beloved, famed dog Shep who lived here decades ago," Lenihan said.

Lenihan learned Shep's story years ago when she joined her kids on a field trip to the Broomfield Depot Museum.

“Shep is such a great part of our history," she said. "He’s like a gem in our history."

When US 36 between Denver and Boulder opened as a toll road in 1951, a stray dog named Shep moved in and befriended the toll booth attendants.

“The toll collectors felt pity for this skinny shepherd dog, so they’d give it part of their lunch," said Elizabeth Law-Evans.

Law-Evans serves on Broomfield City Council. She said that one of her oldest memories is of the old dog, Shep. She said her father was friends with the toll collectors, and she remembers visiting one time years ago.

"I just have this warm, wonderful memory of the dog’s tail thumping on the floor," she said. "Just being so glad that someone was coming over to pet him.”

Shep lived until he was 14, and he was buried beside US 36, according to the museum records. His grave was later moved to the Broomfield Depot Museum.

Decades later, the unofficial mascot of the town and US 36 is more than a memory, especially for Lenihan.

“He does definitely have a place in our hearts," she said.

Lenihan thought a good way to stay connected to the past was to name a new bridge in Shep's honor. She proposed the idea of "Shep's Crossing," and city councilmembers approved it Tuesday.

“I immediately knew it was the perfect name," Law-Evans said. "A connection to the land, to the history, to those who came before.”

For years to come, the bridge in Broomfield will serve as a connection to a good story about a good boy.

“I think it will just be a good memory when I walk or ride my bike across the bridge to remember Shep," Lenihan said.