A third grader's letter to a congressman could change federal law, and help thousands of people who rely on hearing devices. 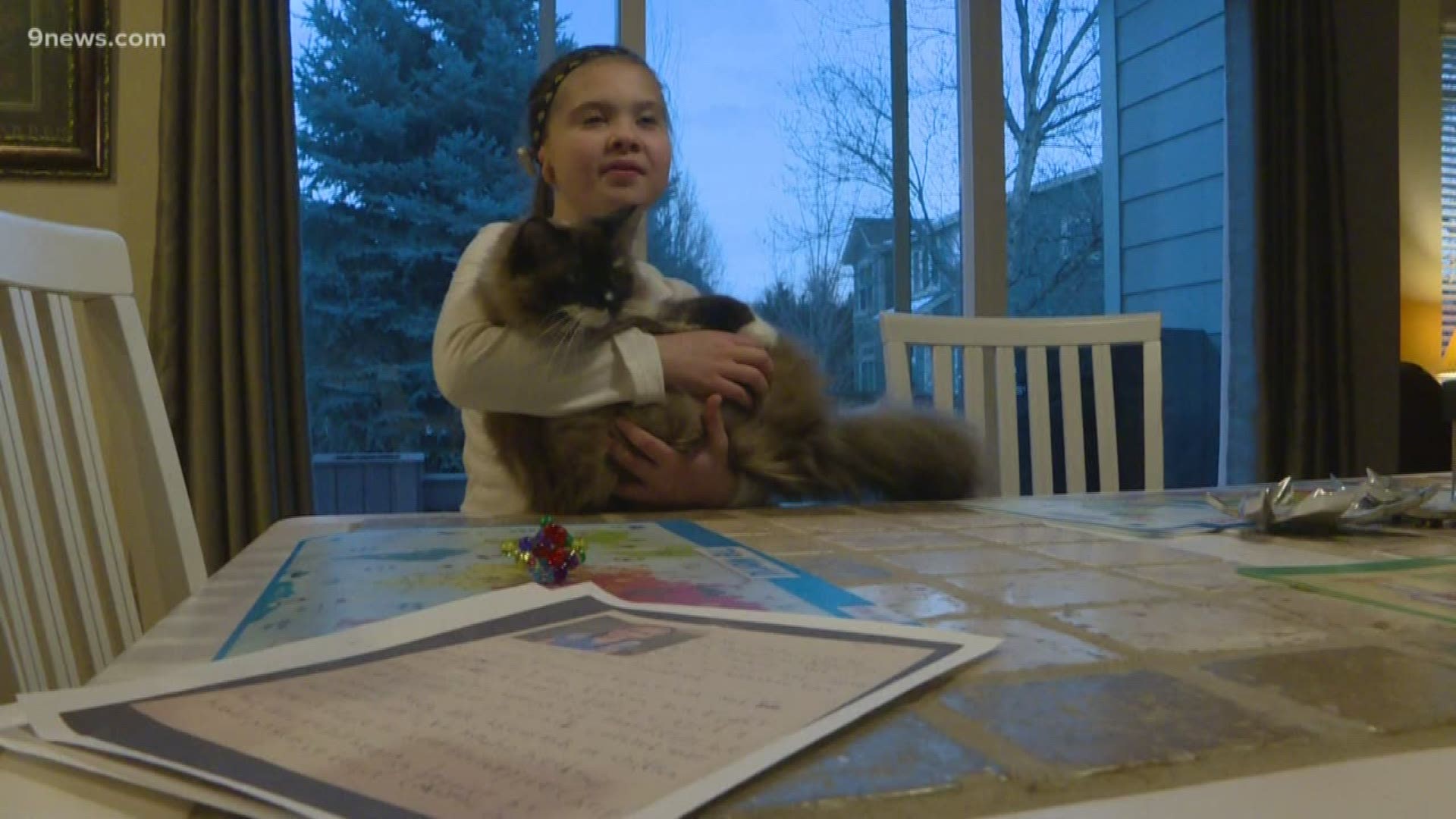 BROOMFIELD, Colo. — Most kids are told they can make a difference in the world when they grow up, but 10-year-old Ally Tumblin doesn't want to wait that long.

As part of a third grade project at Mountain View Elementary School in Broomfield, Tumblin wrote a letter to Democratic Congressman Joe Neguse about an issue she feels is important.

The now-fourth grader told the congressman she was born without her right ear and ear canal which has left her deaf. Her condition is called microtia ad aural atresia.

"Microtia and aural atresia is one out of 6,000 chances of it happening at birth, which is approximately 600 babies born per year in the United States," said Melissa Tumblin, Ally's mom.

In her letter, Ally Tumblin wrote about her need for a specialized bone-anchored hearing aid, its exorbitant cost and the fact that it's not covered by insurance.

Melissa Tumblin said it can cost between $5,000 and $12,000 and that it needs to be replaced every five years.

After he read about Ally Tumblin's concern, Neguse responded to her and her mother.

"Your letter truly inspired me and I wish you continued good luck in your endeavors," Neguse wrote. "On behalf of our whole community, thank you."

Neguse, however, didn't stop at returning the little girl's letter. He has since introduced a bill in the U.S. House of Representatives that could help families like the Tumblins.

"What Ally's Act would help these individuals with would not only ensure private insurers could cover this device -- they would be able to provide coverage for cochlear implants and bone-anchored hearing aids," Melissa Tumblin said. "But this would also cover the cost of surgery, this would cover an upgrade for the device every five years. This would help cover some appointments -- the pre-op and post-op appointments if surgery is needed. And also just to be fitted."

Before the introduction of Ally's Act, Melissa Tumblin started a non-profit called Ear Community. The organization's efforts are targeted at helping people with insurance claims and appeals.

Melissa Tumblin said they've secured 120 donated devices to help people who can't afford them. However, unlike her daughter, she said she was never able to catch the attention of the U.S. House of Representatives.

The bill is co-sponsored by Republican Congressman David McKinley of West Virginia. He is the only member of congress with a cochlear implant.

"As the only Member of Congress with a cochlear implant, I know from firsthand experience the difference in the quality of life these devices can provide,” Congressman McKinley said. “Ally’s Act will help thousands of Americans with severe hearing loss gain access to life-changing treatment.”

RELATED: Here's how many hours you have to work in Denver just to pay the monthly rent