After protesting in Aurora on Saturday, Quincy Shannon got the idea from his 11-year-old daughter to show people the murals they love. 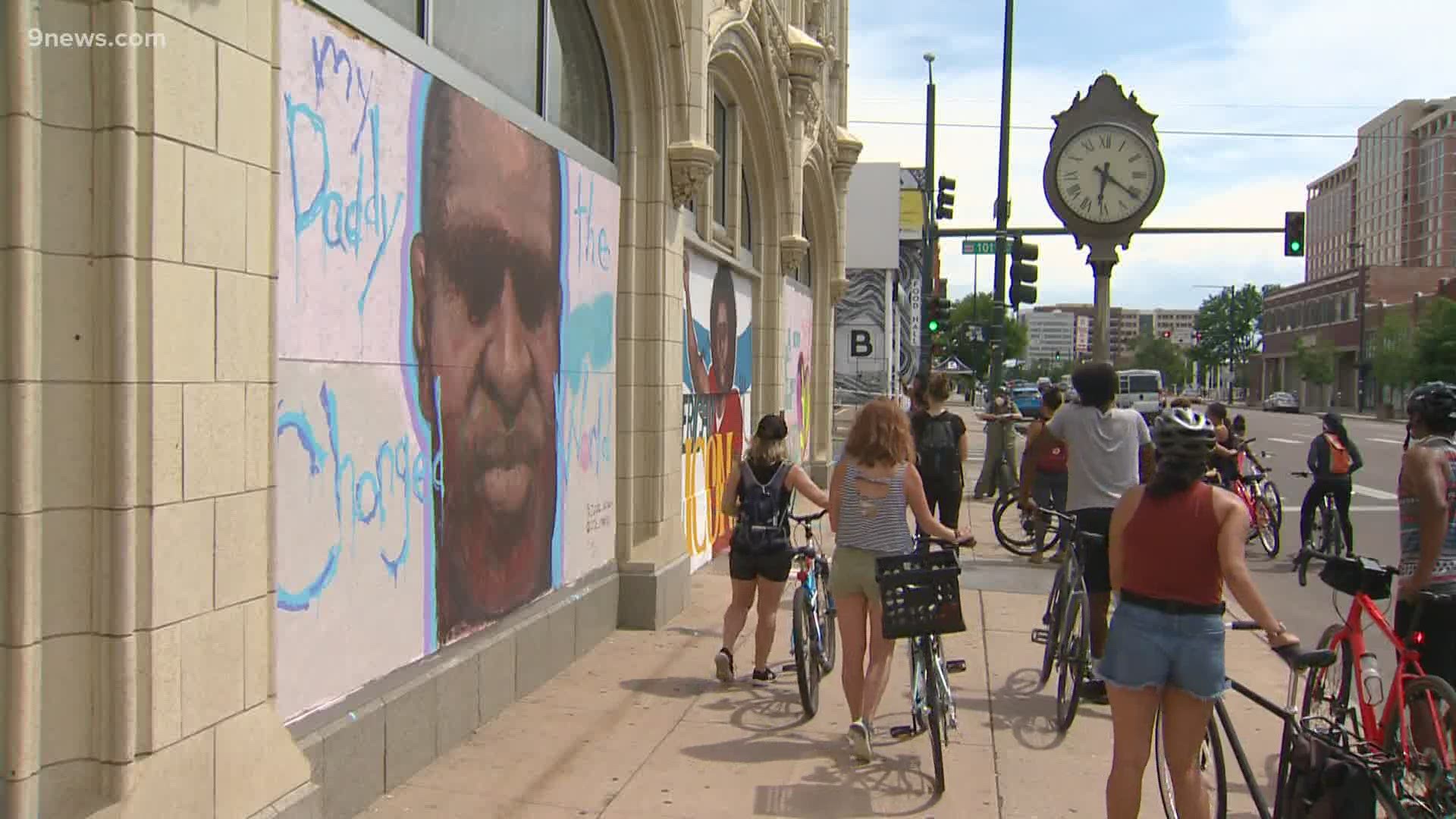 DENVER — A movement by its nature does not stand still, and a group on Sunday decided the direction they would take.

“It doesn’t stop because there’s not a large crowd," said Quincy Shannon, a leader in Denver's Black community. "There’s still work to be done and that doesn’t mean that it can’t be impactful, so what are ways that we can continue to bring the community together and show them the value of coming together?"

On Sunday afternoon, Shannon took an idea from his 11-year-old daughter, Imani.

She said her family goes on bike rides, and since they like to look at the murals by Black artists and of Black people, she thought her dad should show the murals to other people, too.

The first stop was at 10th Street and Broadway at the old Gart Bros. Sportsman's Castle.

Credit: KUSA
Artists from the Zada Gallery painted from the perspective of George Floyd's daughter. "My Daddy Changed the World."

On bikes, rollerblades and scooters, the group moved along the Cherry Creek bike path and stopped just before Blake Street to take a look at the mural of Major Taylor painted by Jonathan Pucci.

"It should be more normal to learn about and experience Black culture and not just take it as a trend," Marissa Kelley said.

The River North Arts District has many murals, and the group stopped by Breonna Taylor's, painted by Thomas Evans, the artist known at Detour, on the wall of Stem Ciders on Walnut Street.

The last stop was a mural also painted by Detour of Elijah McClain, the Black man who died after being held in custody by Aurora police.

“Something like this, although it’s not shouting to the masses, is very much a part of the movement cause we’re bringing community together," said Shannon.

Credit: KUSA
A violinist and a cellist play in front of Elijah McClain's mural painted by Detour. His family says he played his violin to shelter kittens.