School psychologist using music to reach people around the world

Adam Parker said he started writing songs to cope with being apart from students. The songs connected with kids and parents all over the world. 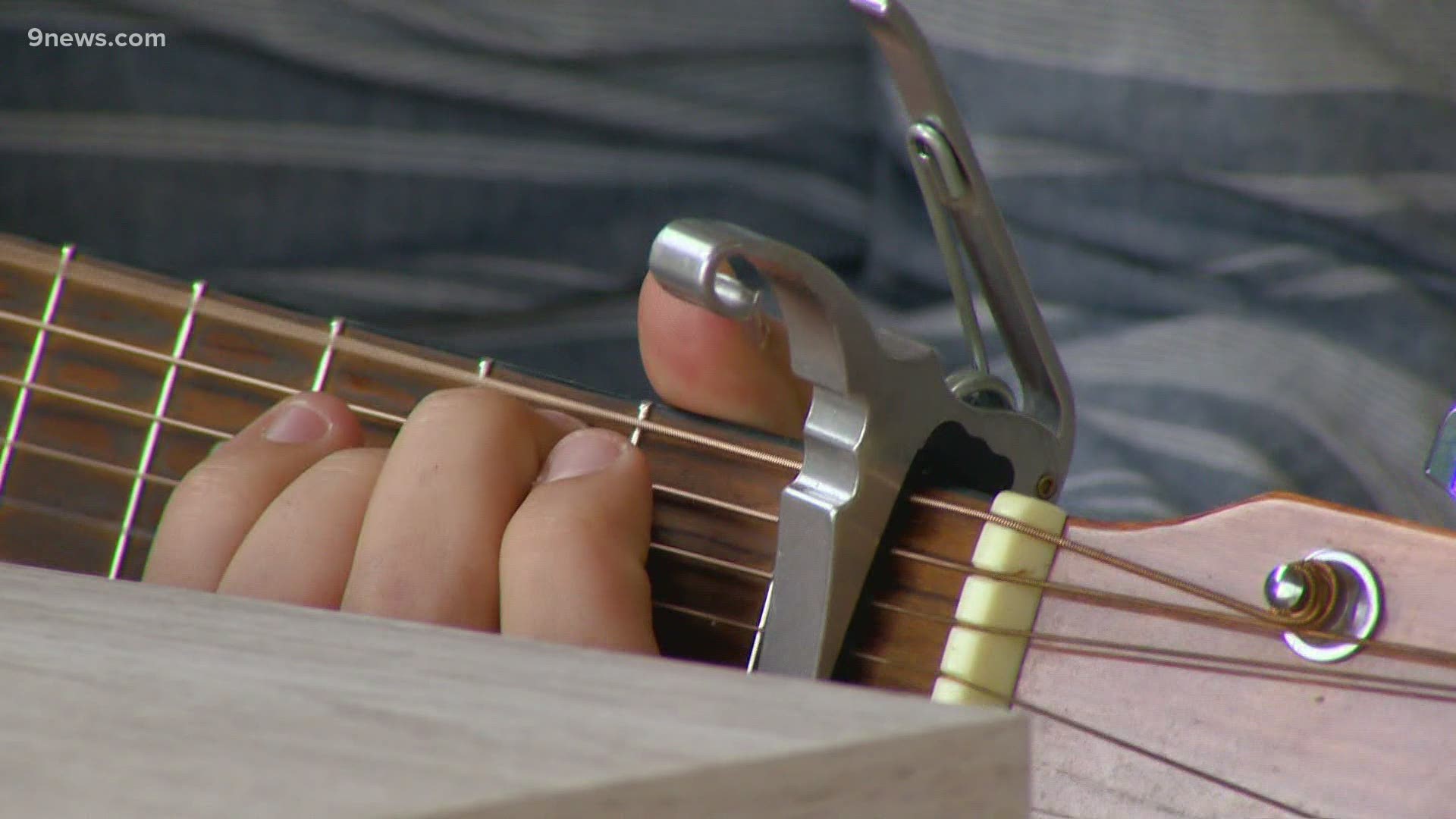 CENTENNIAL, Colo. — For so many people, work just looks weird right now. My job at 9NEWS says I can’t go into houses to shoot stories anymore, so when I visited Adam Parker’s house to do a story on him, he had set up his desk on his back porch.

Unconventional, but it was a very kind move.

“Just because change is uncomfortable or different, doesn’t mean it’s a bad thing,” Parker said, as he sat at his outdoor desk.

Parker’s job looks different too. He’s a school psychologist at Heritage Elementary School in Centennial. The school went remote in the spring when the pandemic hit. This fall they were able to do in-person learning for 10 weeks, but are now back to remote learning.

“I’ve been super-impressed with how the kids are reacting,” Parker said.

The way Parker decided to react was to create. In March he started writing songs about social-emotional issues for his students.

He said it helped him too.

“It was a coping skill for me to play music,” Parker said. “I think music is so powerful in that it helps us get out our feelings maybe when we don’t just wanna talk about them.”

He wrote songs on subjects like empathy, patience, and honesty.

The songs connected with kids and parents all over the world. Parker said it’s been one of the blessings to come out of this solitary time.

“We were struggling with my 10-year-old son at the time, he’d been diagnosed with cancer,” said Steve Walder, who lives in a small village in northern England. “The lack of normality in his life made him forget things in terms of his temperament.”

Walder started to search online for some help from someone who specialized in child psychology. He came across Parker’s videos and songs.

A year after being diagnosed with cancer, Walder’s son passed away. The help he got from a school psychologist across the ocean won’t be forgotten.

“Ultimately he’s a positive person and he explores everything—he explores different emotions and different topics,” Walder said. “Definitely a good helper in terms of humanity and helping out other people.”

Parker said this interaction with Walder showed him how powerful online communication can be.

“It’s just been amazing to connect with so many people,” Parker said. “I think people were looking for something to just have their kids watch.”

Parker has added onto his repertoire with a talk show.

Every week he explores a topic and has a musical guest. He calls it 'Home School Psychology: The Talk Show.'

RELATED: Kids getting more mental health care is the unexpected upside of the pandemic

RELATED: Blog: Who else is ready for Thanksgiving break?!

RELATED: Remote learning causes challenges for those without internet access