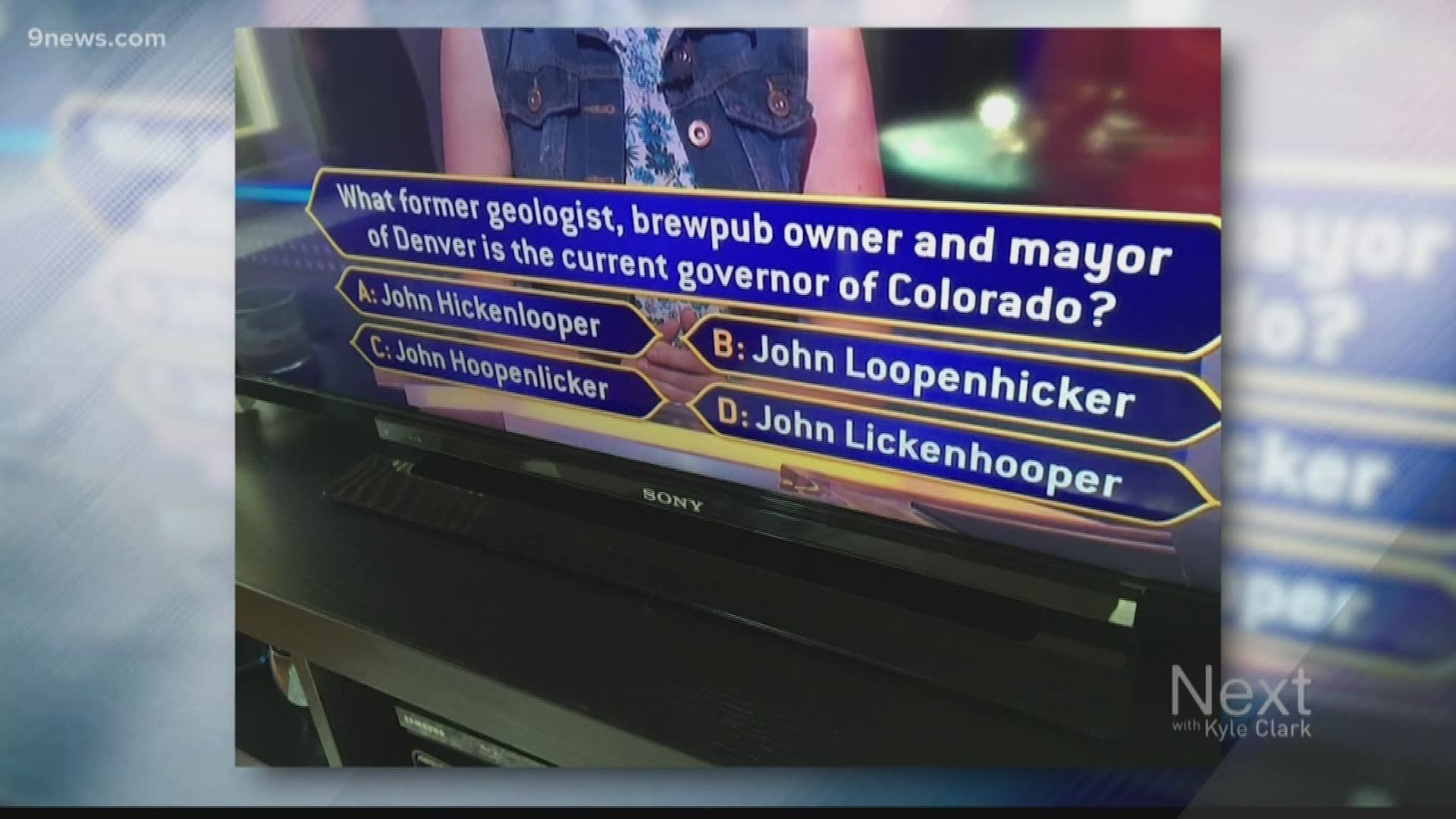 Regardless of how you feel about Colorado’s governor politically, this little gem from daytime TV is the stuff of legends.

9NEWS anchor and reporter Steve Staeger was lucky enough to capture one of the most beautiful moments in television history Tuesday morning, right after catching 9NEWS on channel 20, of course.

It’s Hoopenlicker, right @GovofCO? Also, did you realize Who Wants To Be a Millionaire is still on the air? Love it, but miss Regis. pic.twitter.com/YkGlEc8LDP

It was a Who Wants to Be a Millionaire question about Colorado’s governor (we’re not going to spell his name so we can see if other people can below). Sure, it might be more obscure knowledge if you don’t live in our beautiful state, but if you do, it’s nothing if not hilarious.

The question: What former geologist, brewpub owner and mayor of Denver is the current governor of Colorado?

According to the Who Wants to Be a Millionaire YouTube channel, it is currently “Beginner’s Luck Week” on the game show.

The contestants are all in Las Vegas for the first time – and have the chance to answer questions like the one above to win $1 million!

9NEWS.com Wants to Know is looking for a clip of the question. If you have one, email webteam@9news.com.

And here’s a shameless pitch: You can catch “Who Wants to Be a Millionaire” weekday mornings at 9 a.m. on channel 20!

But real talk: How do you spell our governor’s name?