Colorado Ballet turns to crowdfunding for 'The Nutcracker' 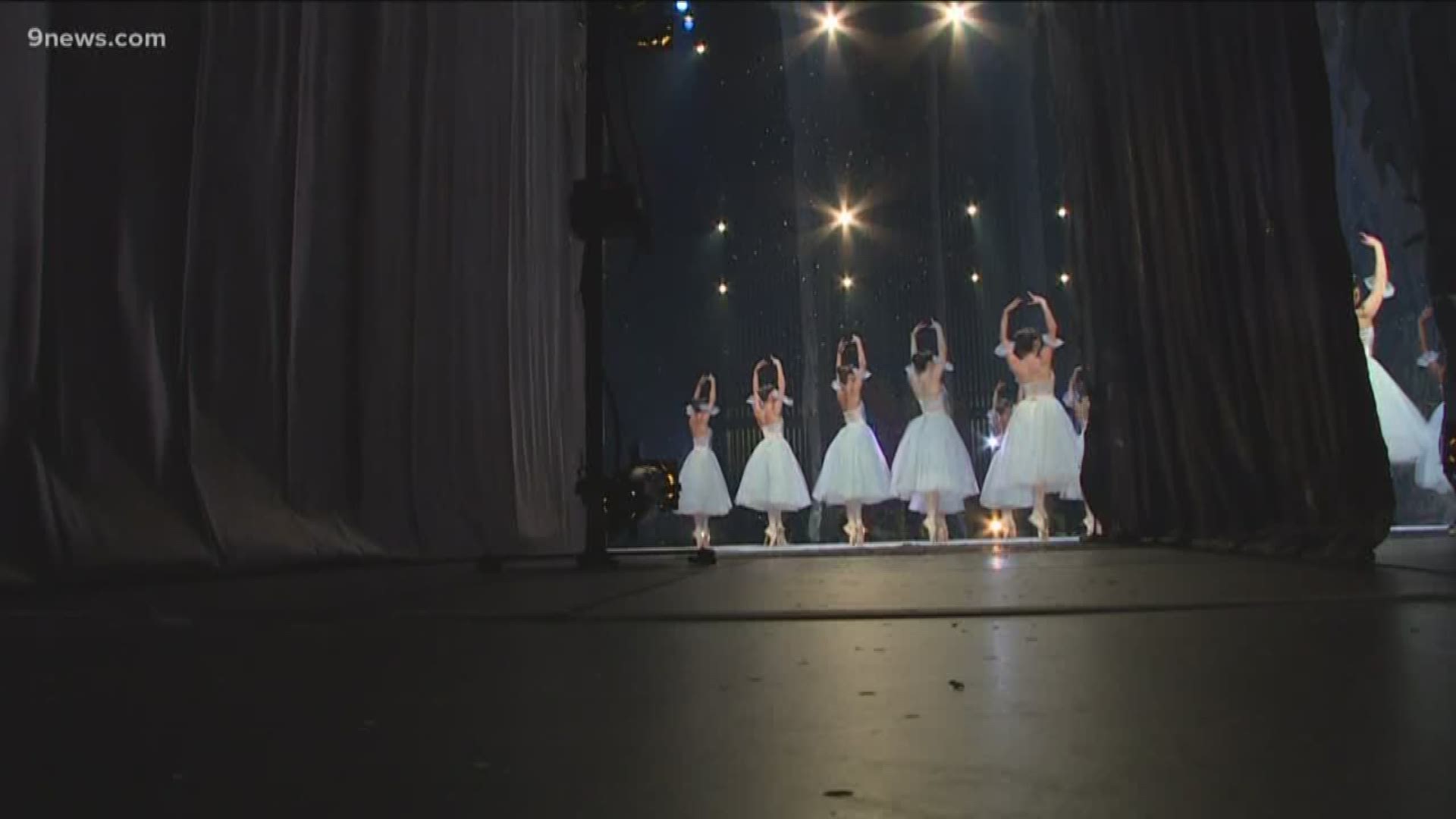 DENVER — A holiday tradition opened this weekend in Denver.

The Colorado Ballet Company is now performing its annual production of "The Nutcracker" at the Ellie Caulkins Opera House. The production is the company's most popular show and biggest moneymaker every season.

But parts of the show are also getting old.

“We have Nutcracker sets and costumes that were made in 1986 and we purchased them from another company back in 2005,” explained Artistic Director, Gil Boggs. “And they’ve just run their course.”

Costumes and set pieces are being glued, taped and sewn back together to keep them usable for each performance.

Now Colorado Ballet wants to replace them. The company plans to debut new costumes and set pieces next year, in 2020, to celebrate the Colorado Ballet’s 60th-anniversary production of "The Nutcracker."

And for the first time, Colorado Ballet is inviting donors to contribute through a new option: a GoFundMe campaign.

On the website, members of the ballet company shared videos and stories showing off the wear and tear of pieces from the show. That includes dancers wearing goggles underneath the headpiece of a mouse costume, to prevent debris from getting into their eyes.

Sarah Tryon danced in Sunday afternoon’s show, performing as the character Clara. She has her own disaster story to share:

“It was my first season and the entire head of the Nutcracker doll fell off, and the latch fell into the orchestra pit,” she laughed.

Performers have learned to work with what they have and improvise when needed.

Boggs said the ballet company has managed to fix things enough so the audience won’t notice, maintaining the magic of the show.

The Colorado Ballet is a nonprofit that relies on ticket sales, sponsorship and donations for funding. The GoFundMe goal is $100,000, a small piece of a $2.5 million project to replace nearly 300 costumes and the set for multiple scenes of the show.

Boggs said the purpose of the GoFundMe campaign is to give their audience a way to get involved.

“If you have interest in the Colorado Ballet, and our production of 'The Nutcracker,' it’s just to give you the interest to be a part of it,” he said.