They have company in other states, with California, Oregon and New York also considering human composting this year. 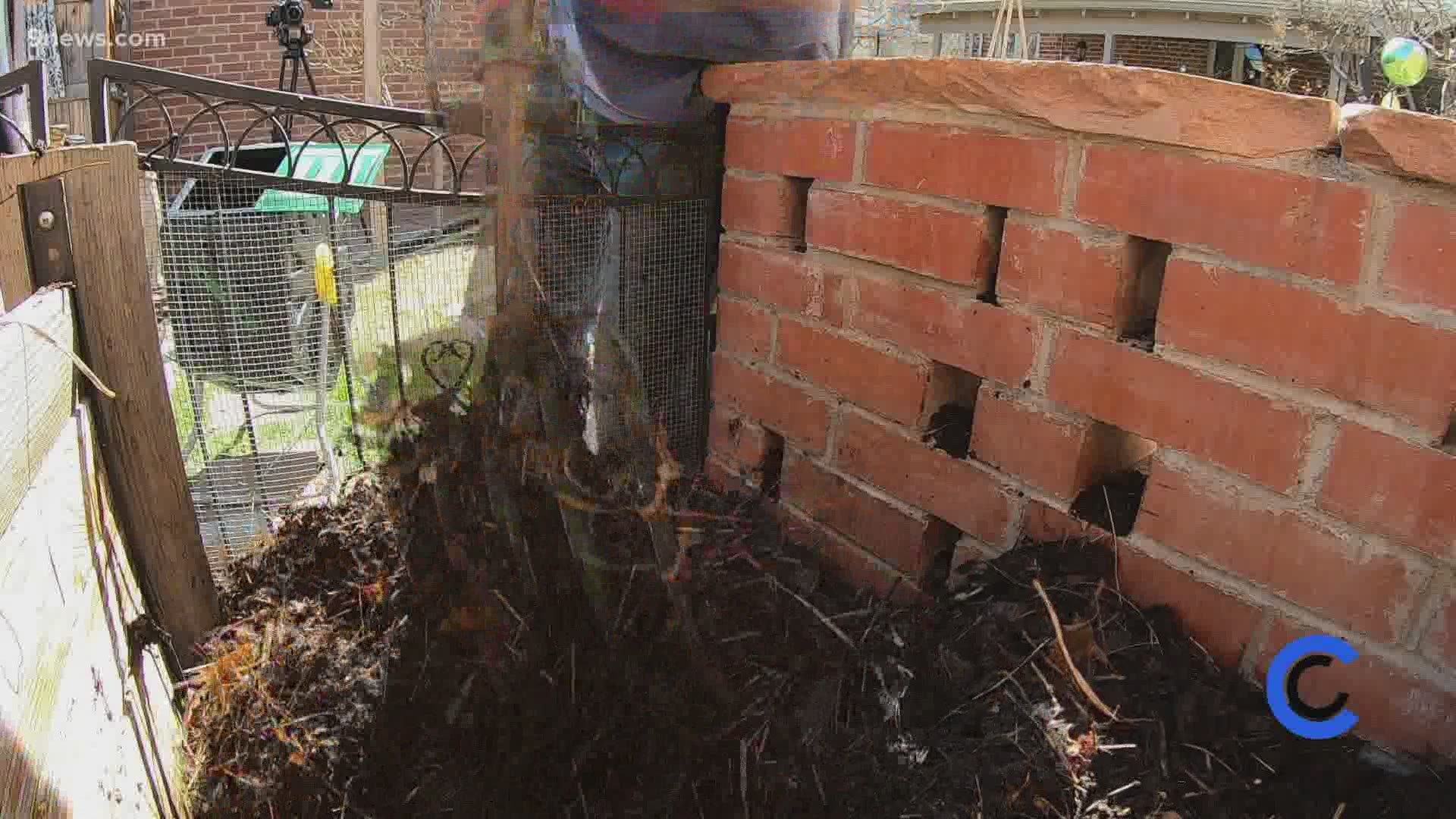 COLORADO, USA — Colorado is a couple of votes and one signature away from joining only Washington state in offering people the option to turn their human bodies into pounds of soil after death. It uses little energy and would cost about as much a cremation, but it would take some time for funeral homes or crematories to implement before Coloradans could use it.

If SB21-006 seems familiar, that’s because it didn’t make it through the session last year because of COVID, so sponsors decided to bring it back. They have company in other states, with California, Oregon and New York also considering human composting this year.

“It's an innovative idea in a state that prides itself on natural beauty and opportunities,” Democratic Sen. Robert Rodriguez of Denver said. He is one of the bill sponsors.

Rodriguez, who was raised Catholic, said it’s not necessarily something he might want to do for himself, but he believes Coloradans should have a choice. He and the other sponsors on the bill, Democratic Rep. Brianna Titone of Arvada and GOP Rep. Matt Soper of Delta, said they have heard from people who are excited about the option.

>The video above aired earlier in April and provides tips on DIY composting.

Denver resident Wendy Deboskey is among them. Deboskey said her husband was urging their family to think about end-of-life plans because he had lost loved ones at young ages, but none of the current options appealed to her as an environmentalist.

RELATED: Heavy snow to cause slick roads through tomorrow

She saw what Washington state was doing, and before she could start a petition to ask Colorado leaders to consider it, she found out Titone was already working on a bill.

“It just seems like a really kind of natural and gentle way to be completely returned to the earth, only on an expedited basis,” Deboskey said.

Some in the post-death business are excited to get involved, while others are holding out for more specifics. Olinger Funeral, Cremation & Cemetery-Crown Hill told The Post in a statement that it needs to learn more, but believes in the importance of offering choices. The Colorado Funeral Directors Association did not return requests for comment.

The Colorado Catholic Conference opposes it because the church “teaches that the human body is sacred and the dignity of the human person is the foundation of a moral society,” adding in a statement that there’s not enough research on what the practices will do for health and safety.

The company Recompose offers human composting in Washington state already, and does it at a “natural organic reduction” facility, similar to a crematory. Founder and CEO Katrina Spade came up with the idea after learning about green burials and decided she wanted a similar option that could save space in urban environments.

A friend of hers told her farmers had been composting livestock carcasses for several decades. So, she thought, if it can be done for cows, why not humans, too? It took about 10 years to come up with a process that would make a body decompose faster without chemicals.

The process still “continues to astound me every time,” Spade said, before explaining how it works.

A body is placed in a cradle, then into a vessel over a bed of wood chips, alfalfa and straw. The body is covered with more of that material. Vessels are stacked vertically, and there are 10 in the facility in Washington.

Spade said she thinks of it as a “hotel for the dead,” because that’s where the body will stay for about 30 days in a greenhouse-like facility as it’s transformed into soil. Non-organic materials are screened and sorted; a titanium hip won’t make it into the soil, and teeth and bones are also broken down.

Recompose employees focus on “fine-tuning the environment” to allow already-existing microbes on the body, on the materials and in the air to break down the organic material on a molecular level. They make sure the ratios of carbon materials like wood chips and nitrogen (some of which is in the body) are correct. They also have to make sure the moisture content and oxygen, provided through aeration, are ideal for breakdown. There are different “recipes” for different size bodies to create the nutrient-dense compost.

Temperatures have to get to a minimum of 131 degrees Fahrenheit and stay that way for at least consecutive 72 hours, according to Washington state guidelines. There are also other regulations related to licensure, odors and soil testing, some of which Recompose expects Colorado's agencies will also adopt.

This type of composting occurs naturally, but Recompose’s process is accelerated. Each body creates one cubic yard of soil -- a few hundred pounds, about what would fit in the bed of a pickup truck. That soil is then moved to a finishing container where it cures, or dries out, for 2-4 weeks.

Washington State University conducted a pilot study on the process, saying the end result is “unrecognizable … as human remains,” though only a summary has been released.

Death is hard to talk about, and that’s why Jamie Sarche with Feldman Mortuary in Denver is grateful to have another reason to start the conversation with people, even if they ultimately don’t end up choosing the human composting method — or if it doesn’t pass a second House committee and the full House this year.

“Unless they think about it ahead of time, they will get on the path of least resistance at the time of their death,” said Sarche, the mortuary’s pre-arranged funeral planning and aftercare director. “So their loved ones might choose something that they would never want because they feel pressured to do it because somebody just died.”

Sarche said there are still a lot of details to figure out, and it would be a big investment for a funeral home or mortuary to take this on -- Recompose raised $6.7 million to start for its 4,000-square-foot facility in Kent, Washington -- but Feldman Mortuary is interested in the concept and possibly even contracting out services if they become available.

Similarly, The Natural Funeral in Boulder County is also interested in being able to offer the service, especially because of the environmental impact, said Seth Viddal, managing partner. The funeral home will still have other options, including green burials and water cremation, but this would be another possible choice. Viddal said the funeral home is already getting requests for the service.

In Washington, Recompose offers human composting for $5,500, which includes the soil transformation; a memorial service for the family to see the body placed in the vessel (currently via Zoom because of COVID); and the options of donating the soil from the bodies to a 700-acre nonprofit land trust, the return of the soil to the family or a combination of the two.

For comparison, water cremation at The Natural Funeral in Boulder is $5,000. A typical cremation in the Denver-area is about $3,000 or $4,000 with a memorial service, and a green burial with a permanent resting place for someone’s body start around $10,000, according to Sarche.

Spade said she plans to bring Recompose to Colorado if the bill becomes law.

“It's an added choice to the menu of options when someone dies,” Spade said. “It's a choice, both for the consumer -- which I think is really important that we have as many choices as possible for bodies when we die -- and it's also a choice for funeral homes if they decide they want to get involved.”