People moved to Colorado most from these 5 states in 2018

About 203,000 residents left the state. Here's where they came from and where they went, according to US Census data. 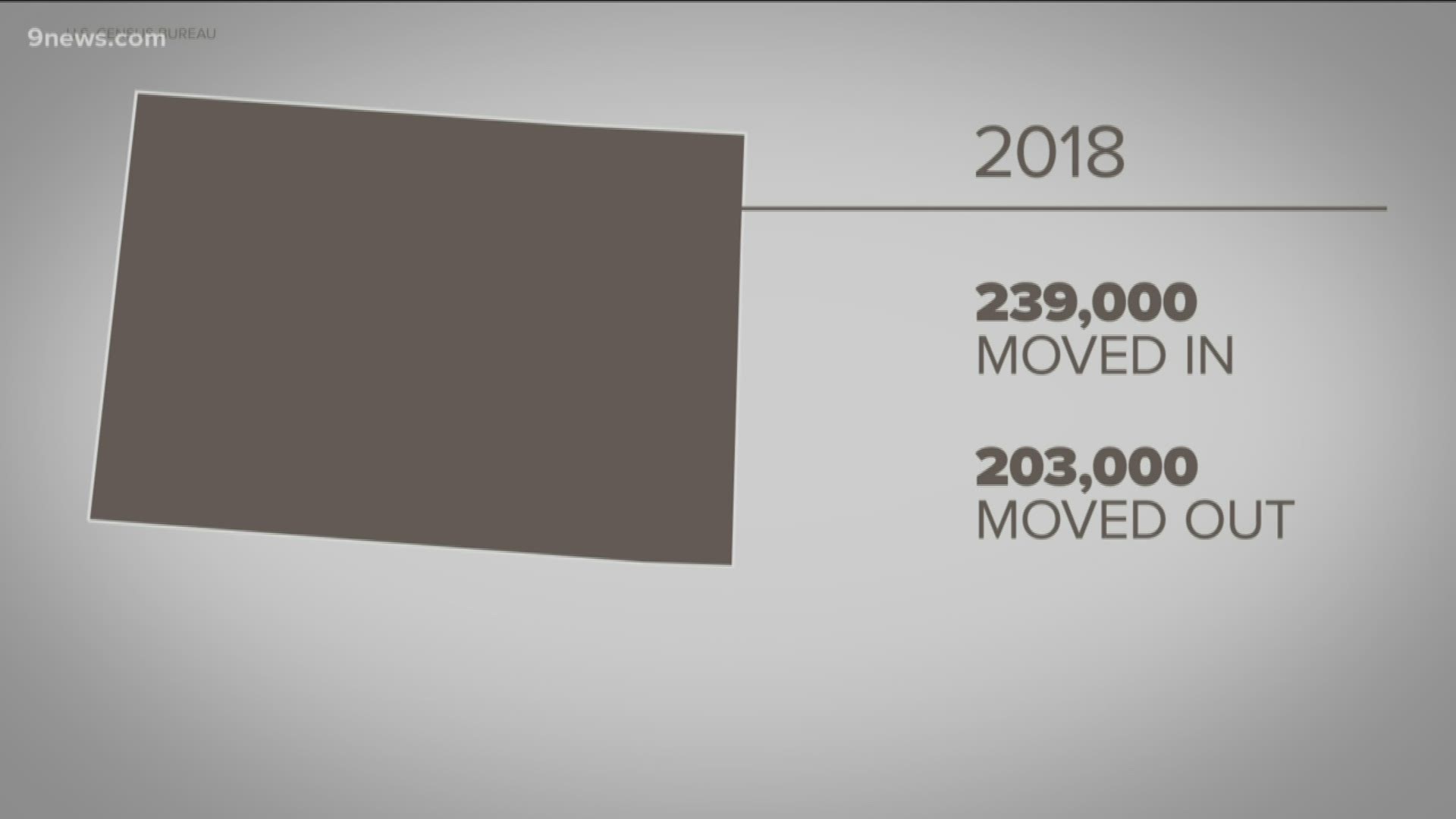 DENVER — Colorado gained about 239,153 residents in 2018, but about 203,000 people left the state during that same time frame, according to the most recent data available from the U.S. Census Bureau on state-to-state migration within the United States.

That resulted in a net gain of about 36,000 people from the previous year.

So where did all those new residents come from? The biggest gain from within the U.S. came from California.

As for the thousands who left Colorado, their most popular destinations were Texas and California. The chart below compares the top five states Colorado residents moved to.

Another interesting note, about 3,400 people left the beaches of Hawaii to come to the mountains of Colorado.

> Click/tap here to check out the data for yourself.