Casper Collins never expected this kind of result or reunion on Thanksgiving. 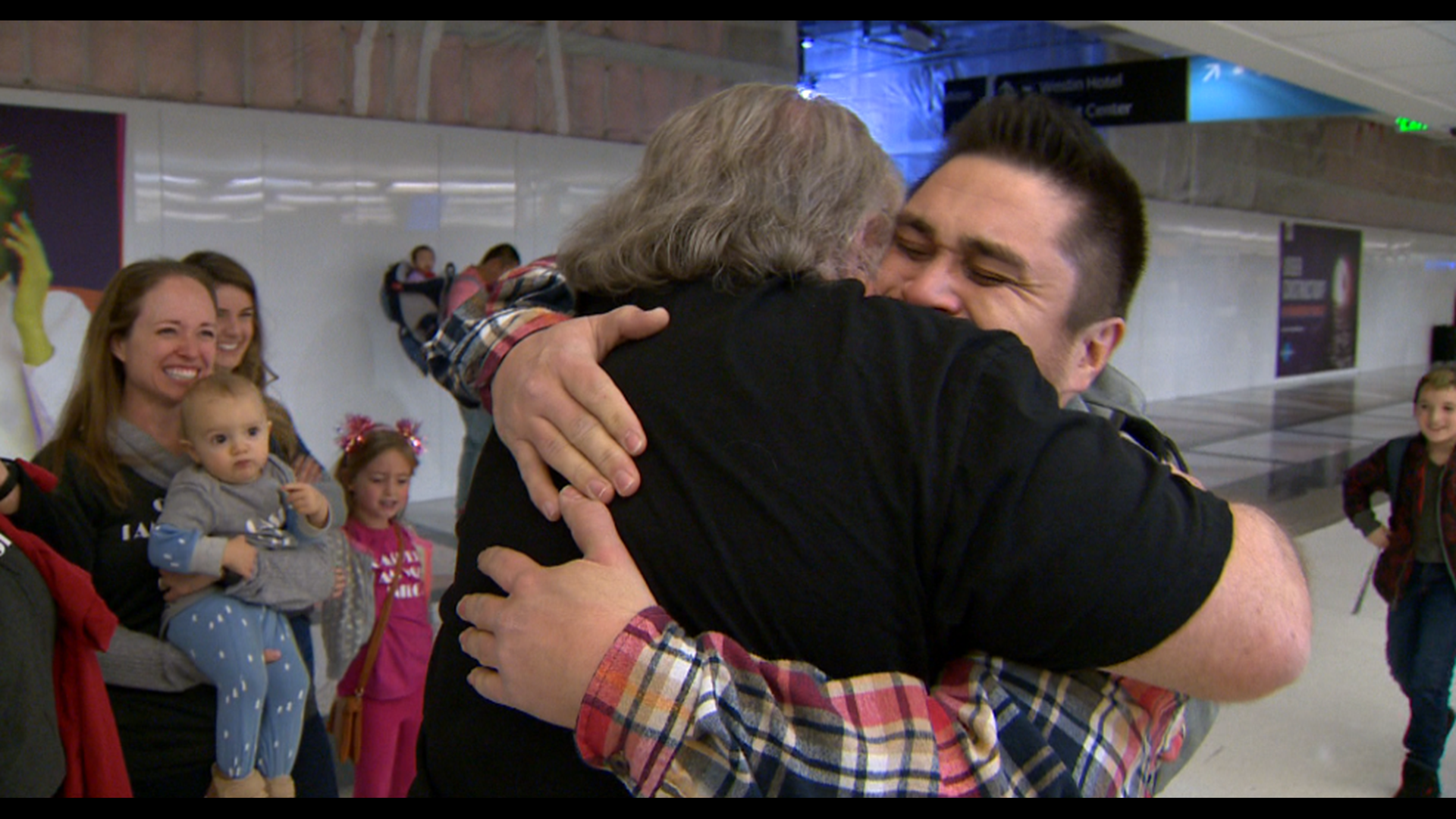 DENVER — When 37-year-old Casper Collins took a DNA test, he was hoping to discover possible health issues. Instead, he found out he has a whole family in Colorado.

"When I first got my results back, I was just shaking to the core like this is not real," Collins said.

So, he contacted that family and made arrangements to meet them for the first time -- on Thanksgiving.

"It was barely an afterthought that I might actually find my dad," Collins said.

His dad, Tom Robertson, served in the Navy in the 1980s in the Philippines and had a relationship with Collins' mother. He returned to the United States without knowledge of the pregnancy, according to Robertson's wife, Debbie.

"I don't know, I'm just so excited," Debbie Robertson said. "He was worried about how I would feel towards him and I couldn't be more accepting."

The Robertsons waited together at Denver International Airport (DIA) to meet the family member they never met who was flying in from Nashville.

"It's really going to be intense," Tom Robertson said. "I'm glad I'm going to have all my family here."

As the wait grew longer, Tom Robertson got more nervous.

The entire family wore shirts with the words, "Casper, I am your ..." filling in the blank with nephew, niece, brother or sister.

"We just wanted to, I don't know, greet him so he knew who we were, Debbie Robertson said. "It's like the anticipation without the pain."

When the moment finally arrived, Collins didn't know what to do.

He walked right into the arms of his father.

"To feel the love that I was feeling for him just coming right back was absolutely amazing," Collins said.

Collins met his new brother, new sister, their kids and of course his new stepmother.

"He's like one of my own, really happy," Debbie Robertson said.

Collins went to Longmont to have Thanksgiving dinner with more "new" family where the table was set for 31 people.

"Thanksgiving seemed like the best time cause that's the time for family," Collins said. "To have a loving, warm family that will bring me right in, yeah, best Thanksgiving ever."