Artists use downtown clock tower to spread their message

A 'visual mixtape' featuring Black artists from around the city was projected onto the tower for two nights in September and October. 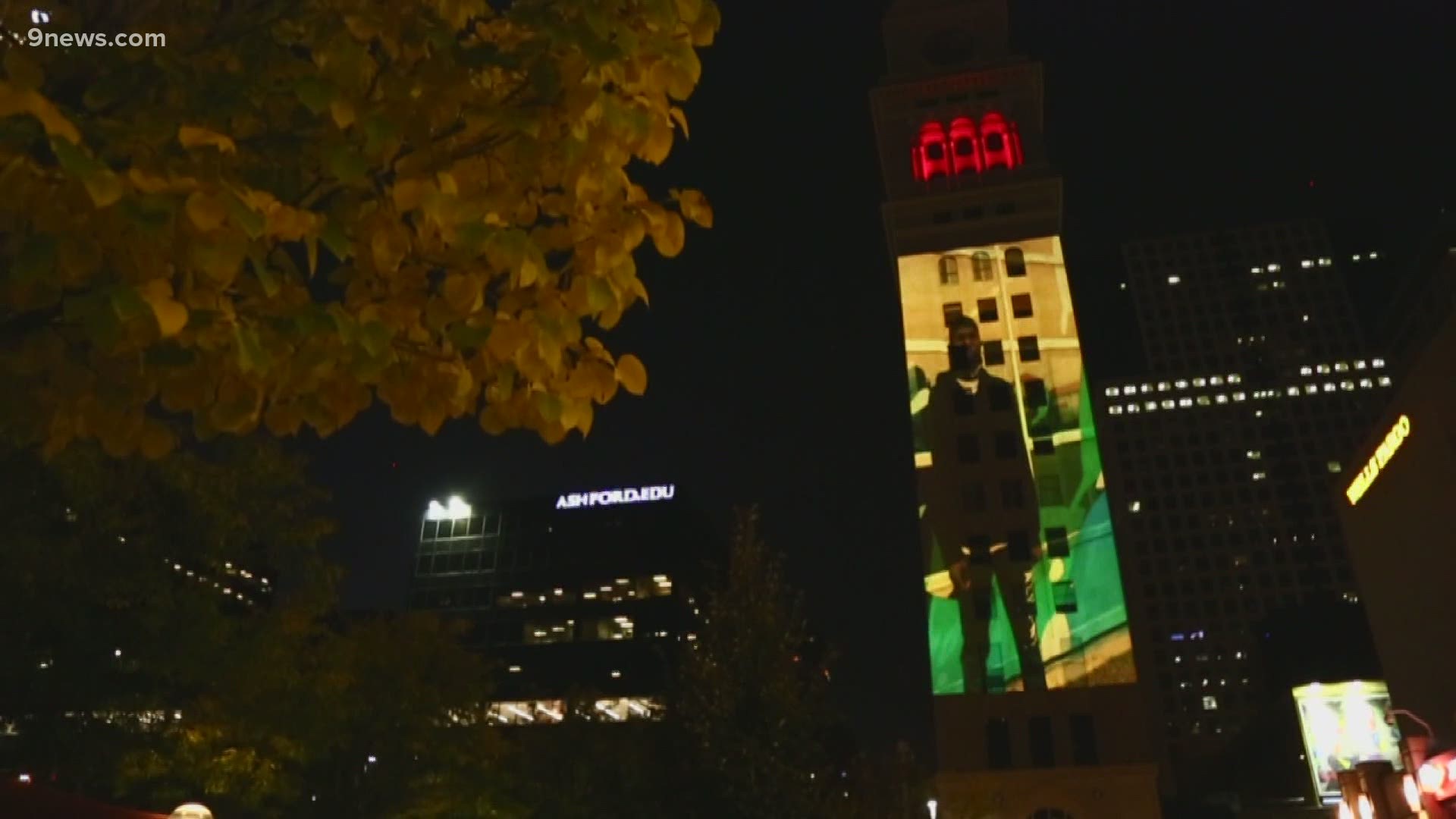 DENVER — The 325-foot clock tower on Denver’s 16th Street Mall told passersby two things on Monday evening: what time it was, and why it was time for change in America.

A 22-minute video was projected onto multiple floors of the Daniels and Fisher Tower’s southwest face, showing stories of resistance against systemic racism as expressed by Black artists in Denver.

The “visual mixtape” was compiled by the organizers behind the Dream, Create, Inspire Tour.

“We wanted to be able to create a socially distanced performance that encapsulated talent from the city, but also addressing what’s going on with Black Lives Matter,” said DCI Tour co-founder Wayne Watts.

The DCI Tour originated in Denver in 2018 when a Kickstarter campaign raised thousands of dollars to create a group of traveling teachers, cultivating artists around the country through songwriting workshops and open mics.

In 2020, the pandemic shut down the social aspects of the DCI Tour, but Watts and his co-founding partner Destiny Hardney pushed forward with online classes and most recently, the creation of their first visual mixtape.

“Because of COVID, we wanted to do something different, highlighting the same artists that we would have invited to participate in open mic or outside performance,” said Hardney. "And so what I asked artists to do was to submit videos of themselves resisting all the racial injustice in this country and even this city by just being themselves.”

“You see self-expression, you see meditation, you see Black joy, you see resilience,” said Watts, describing what was included in the visual mixtape.

>> A recording of the entire projection during a showing in September can be viewed here.

“I’m really excited that the first one has happened and that we’re going to continue doing this and continue making them,” said Hardney.